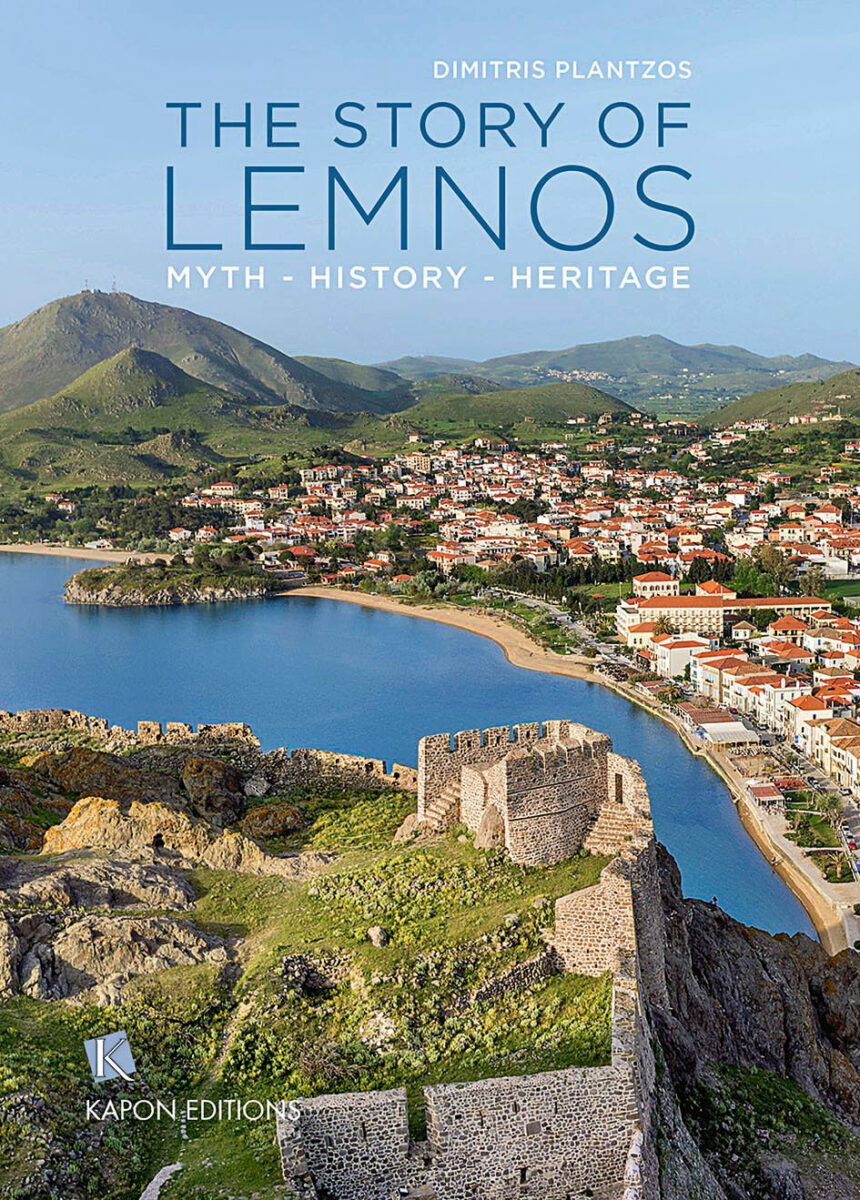 In the Story of Lemnos, the age-long history of a relatively unknown and somewhat ignored until recently Aegean Island turns into a fascinating narrative, a real chronicle of the place and its people. In its pages, readers will find important information about the society, the economy, the political life, the art and the intellectual output of the Island over time, from the first nomadic settlements during the late Paleolithic period (ca. 10,500 BC), until today: with extensive references to the prehistoric cities of Poliochni and Myrina, to the important site of Koukonisi, Hephaestia and Kaveirion during the Archaic and Classical periods (7th-4th centuries BC), Lemnos of the Hellenistic and Roman eras, Lemnos as a Byzantine, Venetian, and Ottoman possession, but also the life of the Island and its inhabitants from the liberation of 1912-13 onwards.

Finally, we get to read about Lemnos of today: places of historical importance, archeological sites and museums, but also locations of natural beauty, geological monuments and places of ecological interest, beaches and traditional settlements. There are also references to the intangible and gastronomic heritage of the Island, but also the music and dance tradition that is reviving to this day.

Born in Alexandria, though originally from the Lemnian village of Kornos, Dimitris Plantzos is currently a professor of classical archeology at the National and Kapodistrian University of Athens. He holds a degree in history and archaeology from Athens, and a master’s degree and doctorate in classical archaeology from the University of Oxford. He is the author of several academic publications in Greece and abroad, on topics of ancient Greek art, archaeological theory, and cultural studies. In the past, he has worked as a curator of collections and exhibitions at the Ilias Lalaounis Jewelry Museum and the Museum of Cycladic Art in Athens, and has taught at the Universities of Oxford, Peloponnese, Ioannina, and the Hellenic Open University.

His books have appeared through Oxford University Press in England, Wiley-Blackwell in the USA, and Katarti, Alexandria, Eikostos Protos, and Nefeli in Greece. Two more of his books have been published by Kapon Editions in Athens: Greek art and archeology, 1200-30 BC (2016), and The Art of Painting in Ancient Greece (2018). Both are also distributed by Lockwood Press (Atlanta, GA) in the USA.