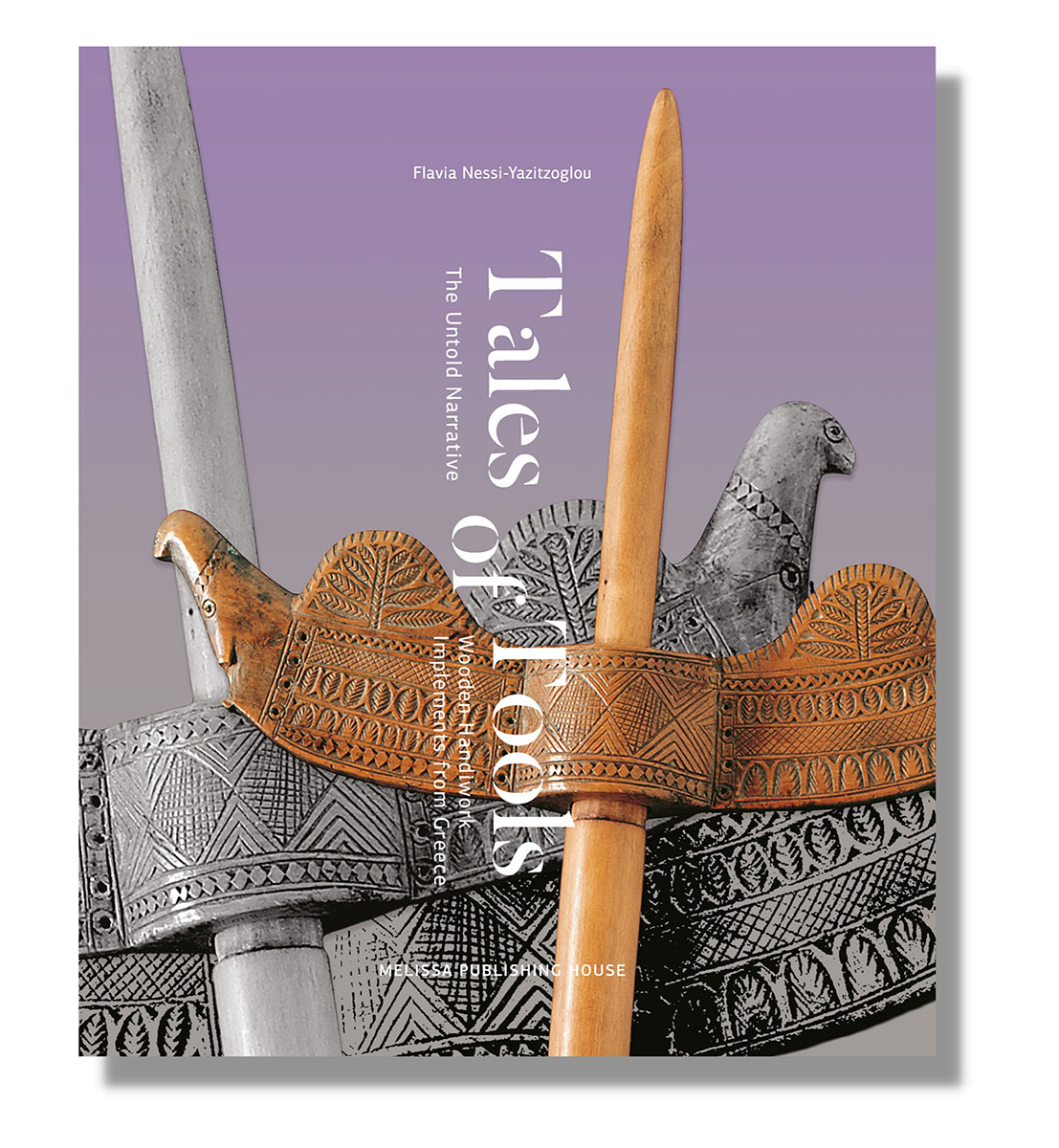 Tales of Tools. The Untold Narrative of Wooden Handiwork Implements from Greece

This book pays tribute to the artisanal craft of woodcarving plied in the production of various richly decorated textile tools of the XIX and XX centuries traditionally associated with women’s domestic chores. While some of these tools are quite ancient in origin, such as the distaff, spindle and whorl, other implements appear to be of more recent invention and did not arrive in Greece until late in the 19th century, following the adoption of new types of knitting and needlework that came from Europe. By playing with thread and various tools, we have rediscovered many unexpected techniques, from braiding to finger weaving, finger looping, card weaving and macramé, which were practiced at home thanks to the use of these unique tools. The research conducted for this book represents an effort to rehabilitate a quintessentially Greek cultural artefact and as such represents a veritable treasure trove of folk culture that has remained unexplored to date.