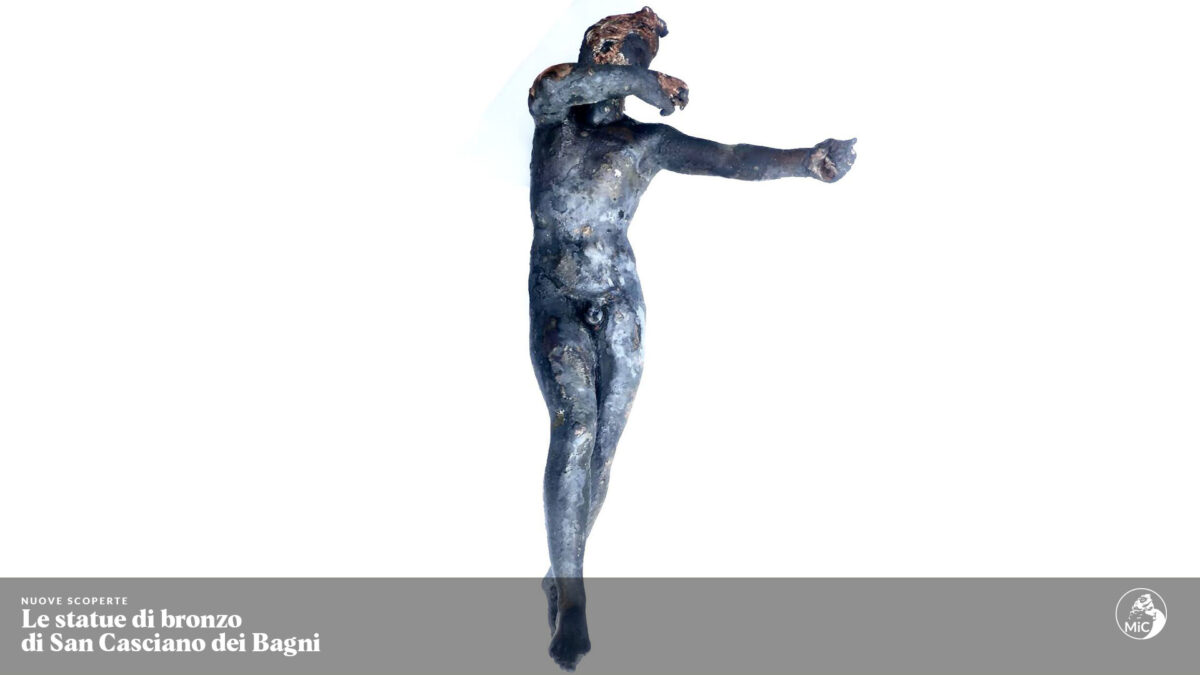 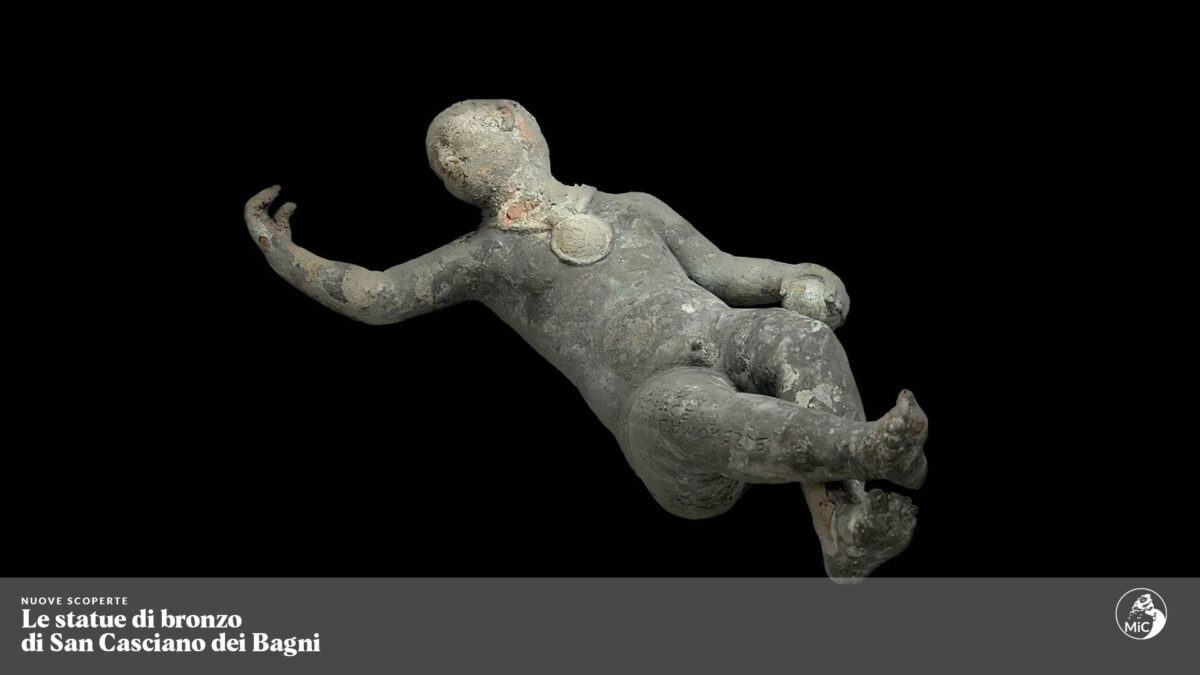 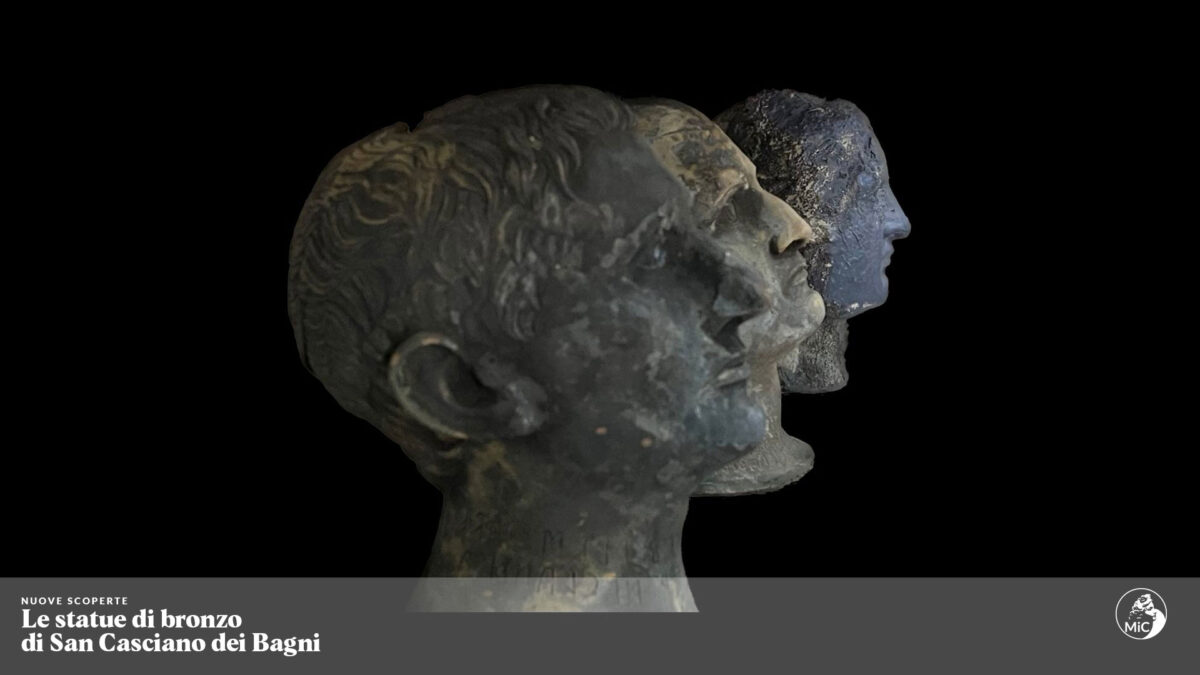 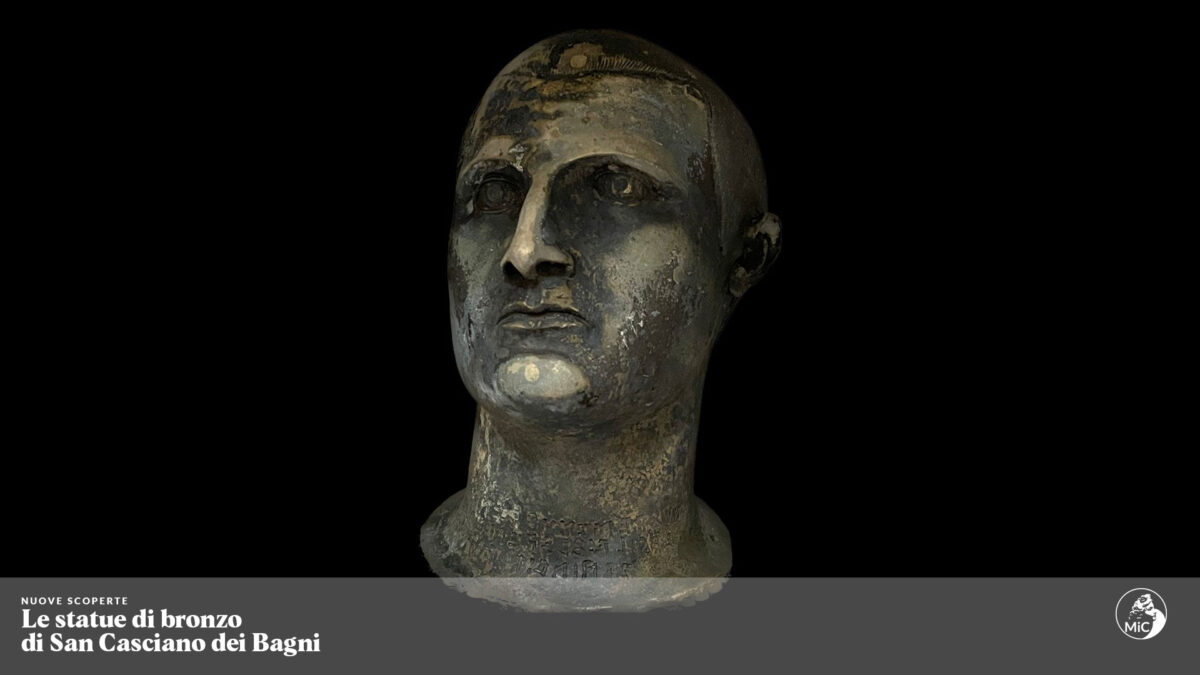 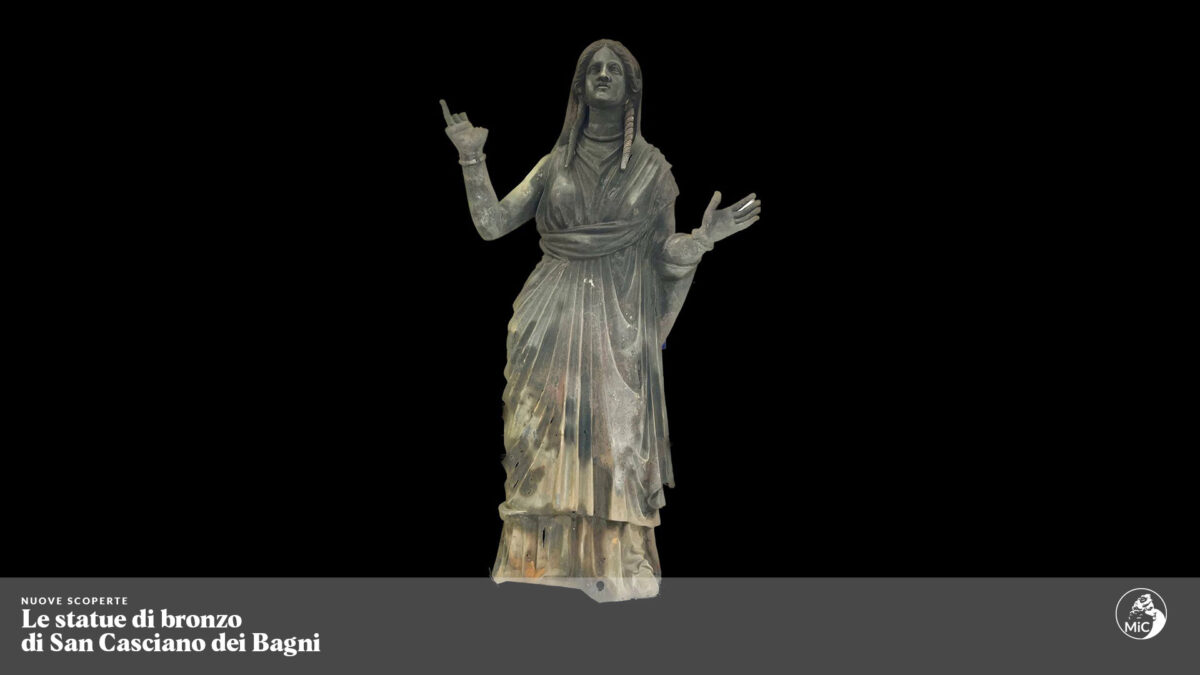 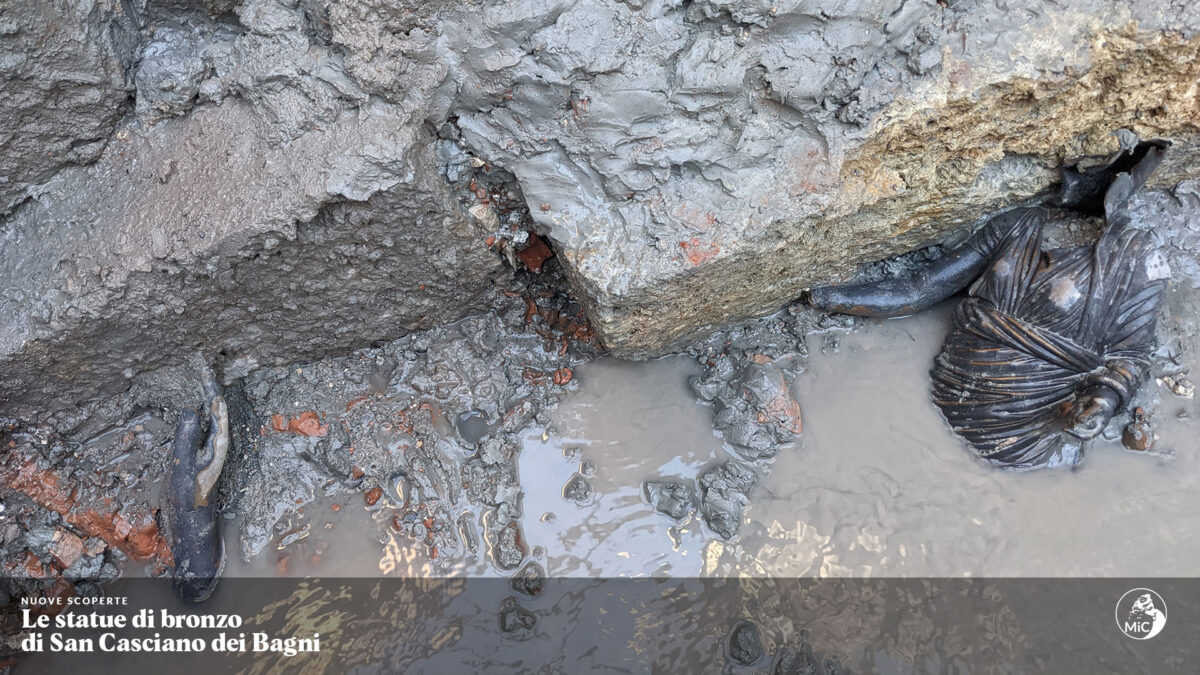 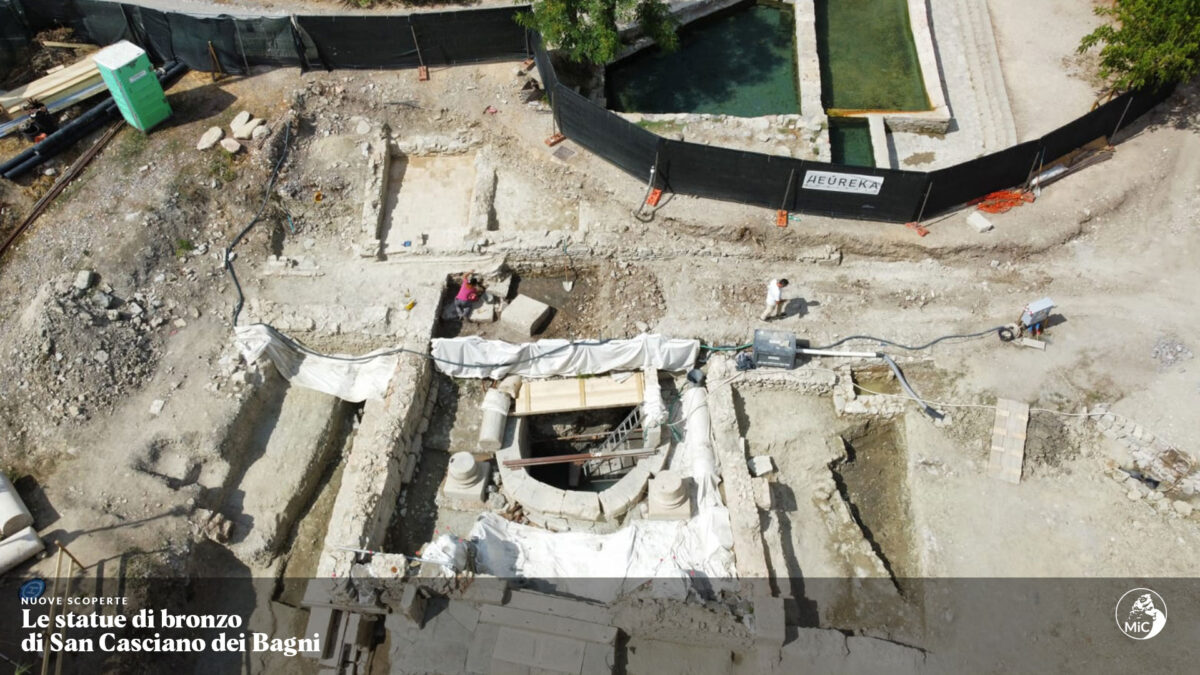 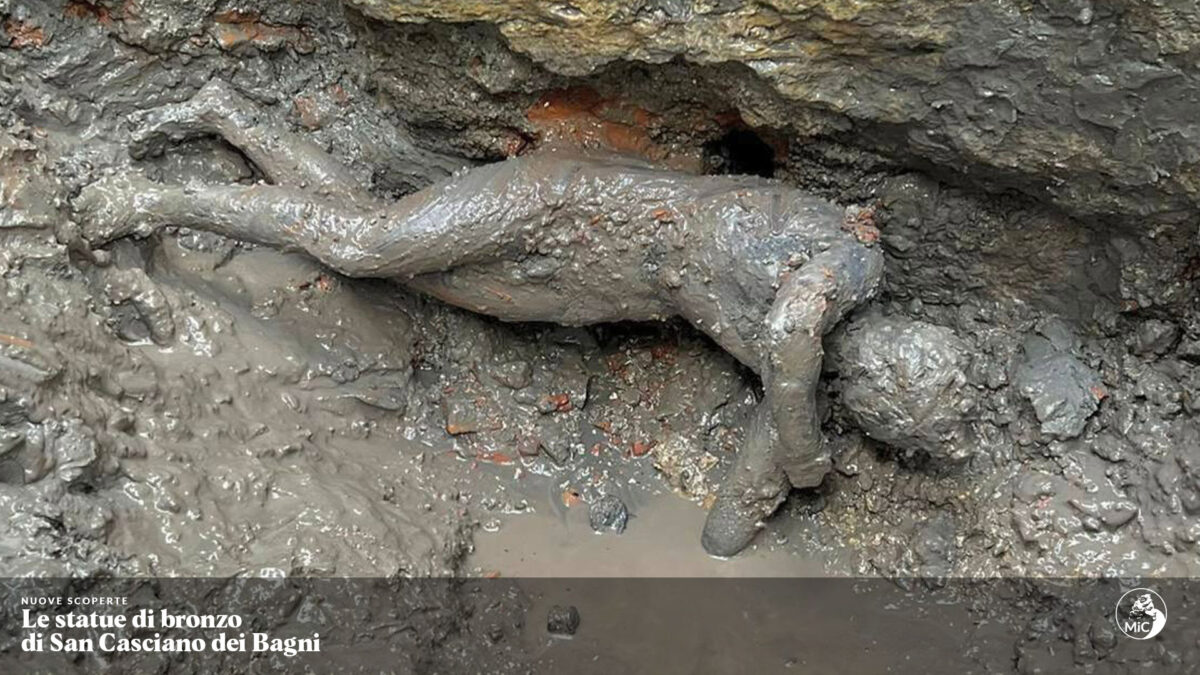 Twenty four bronze statues in an exceptional preservation state have been found during excavations at the ancient baths of San Casciano dei Bagni, in Tuscany.

The mud and boiling water of the sacred pools has protected for 2,300 years a sleeping ephebe, the goddess Hygeia, Apollo and other divinities, youths and emperors.

Five of the bronzes are almost one metre tall.

More than 60 experts from all over the world are already working on this unique discovery. Apart from the statues, an abundance of inscriptions in Etruscan and Latin, thousands of coins and many votive offerings have been discovered.

The excavations, led by archaeologist Jacopo Tabolli from the Universita per Stranieri di Siena, have begun in 2019. Specialists from all disciplines, from architects to geologists, and from archaeobotanists to experts in epigraphy and numismatics have been involved in the project.

Massimo Osanna, the director general of museums said this was the most important discovery since the Riace Bronzes. He has already approved the purchase of a 16th c. palazzo to house the findings, in the village of San Casciano.

The excavation works will now stop and resume in spring.