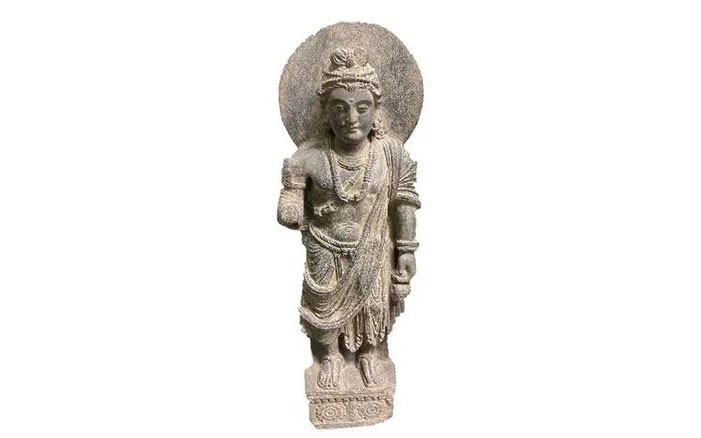 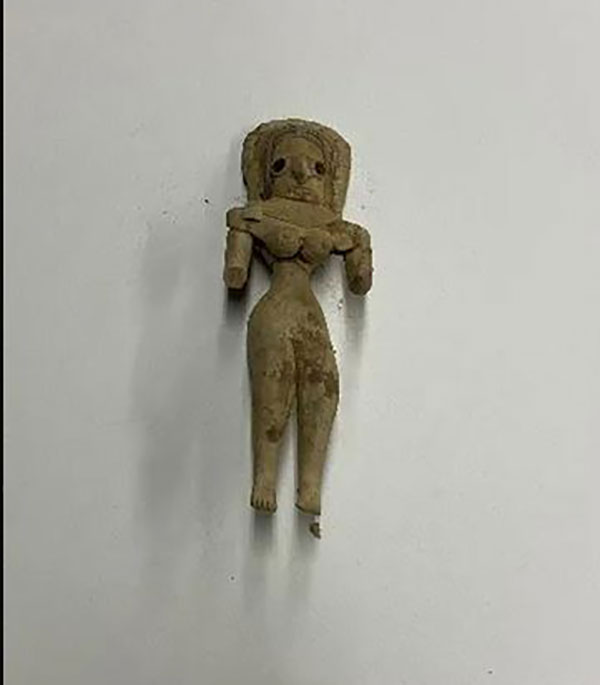 Last week (Nov. 10), Manhattan District Attorney Alvin L. Bragg, Jr., announced the return of 192 antiquities collectively valued at nearly $3.4 million to the people of Pakistan. Of the antiquities, 187 were seized pursuant to the Office’s investigation into Subhash Kapoor, while the remaining were recovered pursuant to other ongoing criminal investigations.

In 2012, the Office issued an arrest warrant for Kapoor. In November 2019, the Office indicted Kapoor and his seven co-defendants for their conspiracy to traffic stolen antiquities. In July 2020, the Office filed extradition paperwork with India for the five India-based codefendants and Kapoor, who had been held in a prison since 2012 for charges relating to his role selling stolen Indian antiquities. Last week, Kapoor and a co-defendant indicted by the office, Sanjeeve Asokan, were convicted and sentenced by a Special Court in Kumbakonam, India. Kapoor was convicted for receiving stolen property, habitually dealing in stolen property, and conspiracy, and fined and sentenced to thirteen years in prison.

The Office is continuing to pursue prosecution in the United States. Two of the co-defendants on the recent indictment have already been convicted by the Office, including Richard Salmon in 2020 and Neil Perry in 2021. Three other co-conspirators were also convicted, including Selina Mohamed and Aaron Freedman in 2013 and Sushma Sareen in 2014.

The antiquities were returned during a repatriation ceremony at the Pakistan Consulate that was attended by Ayesha Ali, Consul General of Pakistan in New York, and U.S. Homeland Security Investigations (“HSI”) Assistant Special Agent-in-Charge, Thomas Acocella.

“Subhash Kapoor was one of the world’s most prolific antiquities traffickers, yet thanks to the work of our dedicated investigators and analysts, we have been able to recover thousands of pieces looted by his network. We will continue to pursue full accountability against Mr. Kapoor and his co-conspirators, who showed a blatant disregard for the cultural and historic significant of these antiquities,” said District Attorney Bragg.

“These remarkable works of art were ruthlessly removed from their rightful home and trafficked without regard for their immense cultural and spiritual value. Homeland Security Investigations New York is proud to stand with our colleagues at the Manhattan District Attorney’s Office and our partners from the Islamic Republic of Pakistan to ensure these 191 pieces can finally be returned to the people of Pakistan,” said Homeland Security Investigations (HSI) New York Special Agent in Charge Ivan J. Arvelo.

“We began this journey with the DA’s Office and DHS in November 2020, 45 pieces of stolen Gandhara artifacts were returned and today we are very fortunate that another batch of 192 antiquities valued at $3.4 million are being returned. Some of them are on display here. Thank you so much for your work and your efforts,” said Consul General Ayesha Ali.

For over a decade, the District Attorney’s Antiquities Trafficking Unit, along with law enforcement partners at Homeland Security Investigations, have investigated Kapoor and his co-conspirators for the illegal looting, exportation, and sale of artifacts from numerous countries all over the world.

Kapoor and his co-defendants generally smuggled looted antiquities into Manhattan and sold the pieces through Kapoor’s Madison Avenue-based gallery, Art of the Past. From 2011 to 2022, the D.A.’s Office and HSI recovered more than 2,500 items trafficked by Kapoor and his network. The total value of the pieces recovered exceeds $143 million.

Some of the objects being returned today include:

-A Gandharan statute depicting a maitreya, or an enlightened form of the Buddha, which was looted from Pakistan, smuggled by the Butt trafficking network into New York County during the 1990s. As discussed in detail in the Kapoor Criminal Complaint and Indictment, Zahid Parvez and Zeeshan Butt utilized their family businesses strategically located across the word — in Islamabad, Bangkok, Hong Kong, and Dubai — to supply the international art market with stolen antiquities from countries including, but not limited to, Afghanistan, Pakistan and India. The Butts established a network of contacts in the USA, Europe, and Asia who they used to launder and distribute freshly looted antiquities. The statute was stored in a storage unit rented by agents of Art of the Past until the ATU’s seizure in 2022.

-Mehrgarh Dolls, dated ca. 3500-2600 B.C.E., were looted from a Neolithic archaeological site in Pakistan and smuggled into to New York County. Among the earliest human-crafted figurines in the world, these terracotta artifacts are thought to represent mother goddesses or a cultic figure for worship. The archaeological site of Mehrgarh was first discovered by archaeologists in 1974 and subsequently faced looting. The statutes were stored in a storage unit rented by agents of Art of the Past until the ATU’s seizure in 2022.