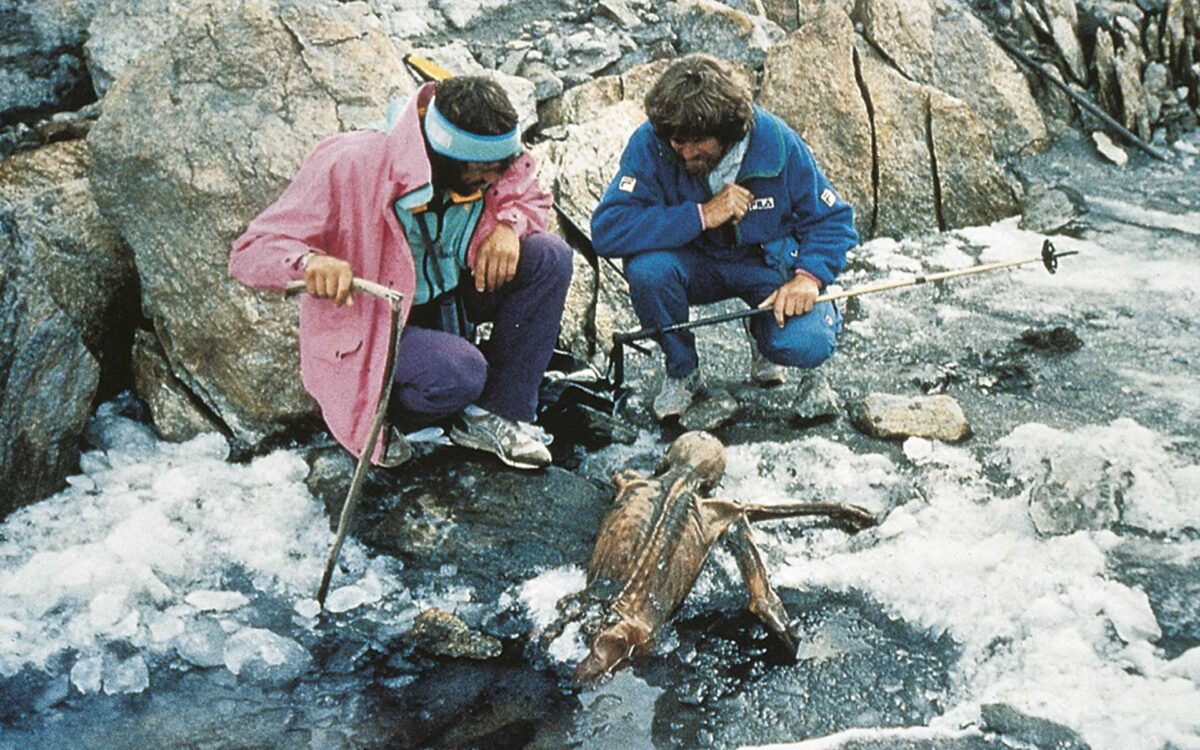 Ötzi the Iceman, 30 years on: A reappraisal of the find

“When Ötzi, the Iceman, was found in a gully in the Tisenjoch pass in the Tyrolean Alps in 1991, he was a huge surprise for the archaeological community. The lead initial investigator of the find argued that it was unique, preserved by serendipitous circumstances. It was hypothesised that the mummy with associated artefacts had been quickly covered by glacier ice and stayed buried until the melt-out in 1991. It is now more than 30 years since Ötzi appeared. In this paper, we take a closer look at how the find can be understood today, benefitting from increased knowledge gained from more than two decades of investigations of other glacial archaeological sites, and from previous palaeo-biological investigations of the find assemblage. In the light of radiocarbon dates from the gully and new glaciological evidence regarding mass balance, it is likely that Ötzi was not permanently buried in ice immediately after his death, but that the gully where he lay was repeatedly exposed over the next 1500 years. We discuss the nature of the ice covering the site, which is commonly described as a basally sliding glacier. Based on the available evidence, this ice is better understood as a non-moving, stationary field of snow and ice, frozen to the bedrock. The damaged artefacts found with Ötzi were probably broken by typical postdepositional processes on glacial archaeological sites, and not, as previously claimed, during conflict prior to Ötzi’s flight from the valley below”.

This is the abstract of a new study published in the journal The Holocene by Lars Pilø , Thomas Reitmaier, Atle Nesje et al. proves the prevailing theory about Ötzi being exceptionally preserved after a conflict and his freezing to death in the gully where he was covered with glacier ice untli 1991 wrong.

Scientists argue that Ötzi didn’t die where he was found. Also that he did not die in the autumn and that he wasn’t covered in ice continuously all these years. That his equipment was not damaged during conflict but by natural activity.

For this study, scientists used results from previous investigations and analyses of the finds and radiocarbon dating.

It should be noted that despite of the fact that thousand of glacial archaeological finds have appeared, Ötzi “continues to be the most important archaeological find from ice” and that he “became a catalyst for studies of the glacial history of the Alps during the Holocene”, as the scientists noted in the Introduction of their study.