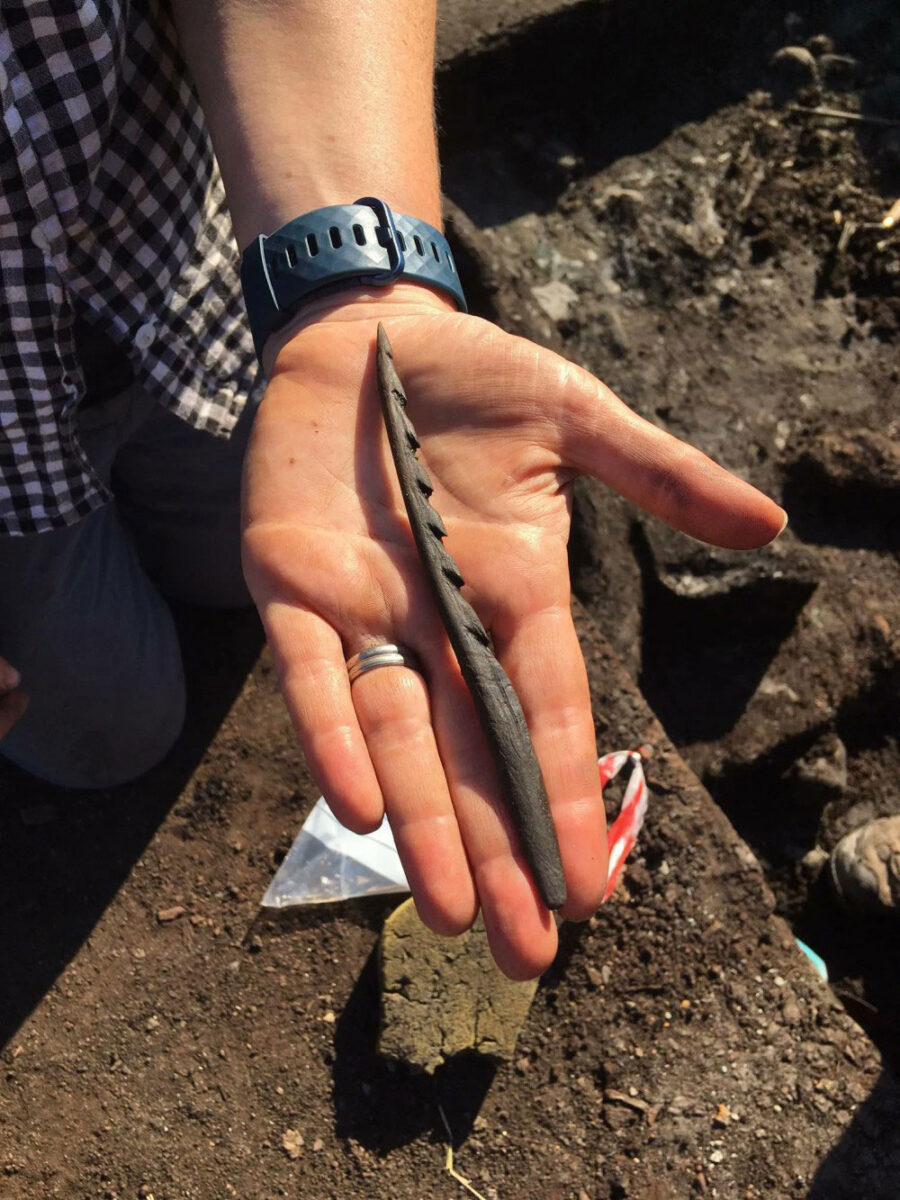 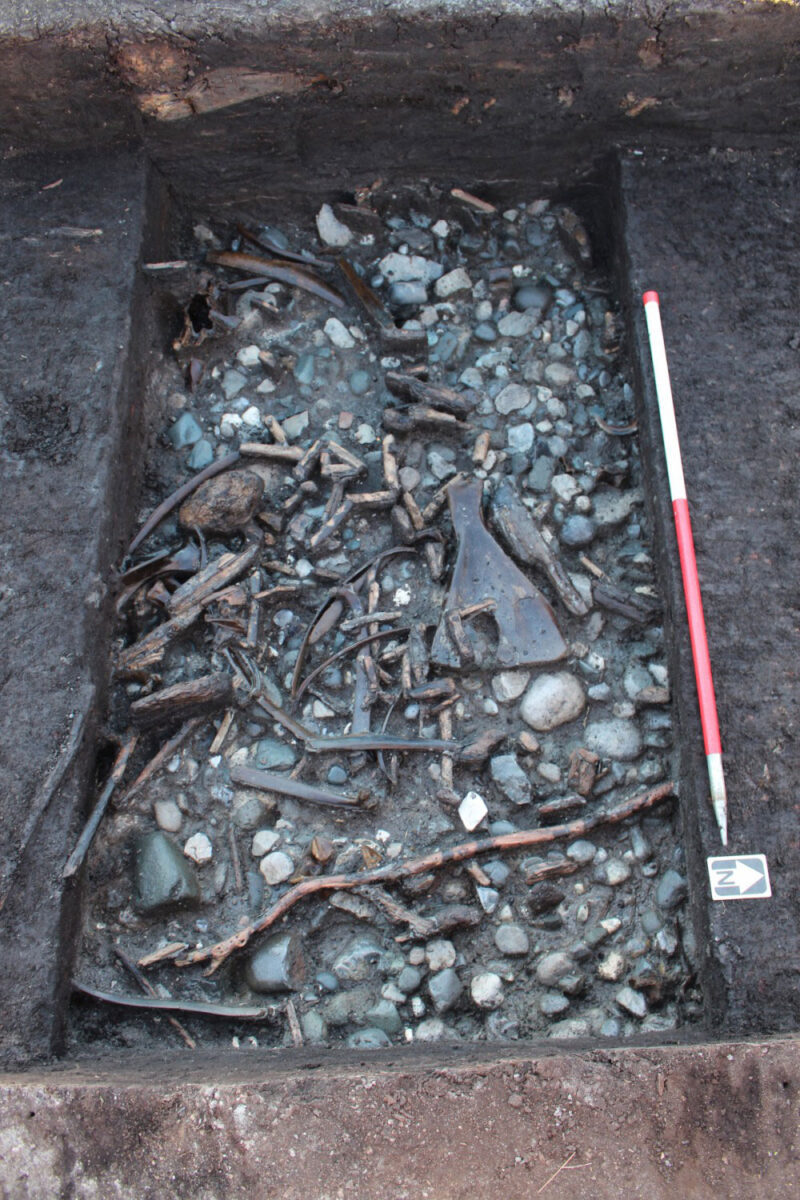 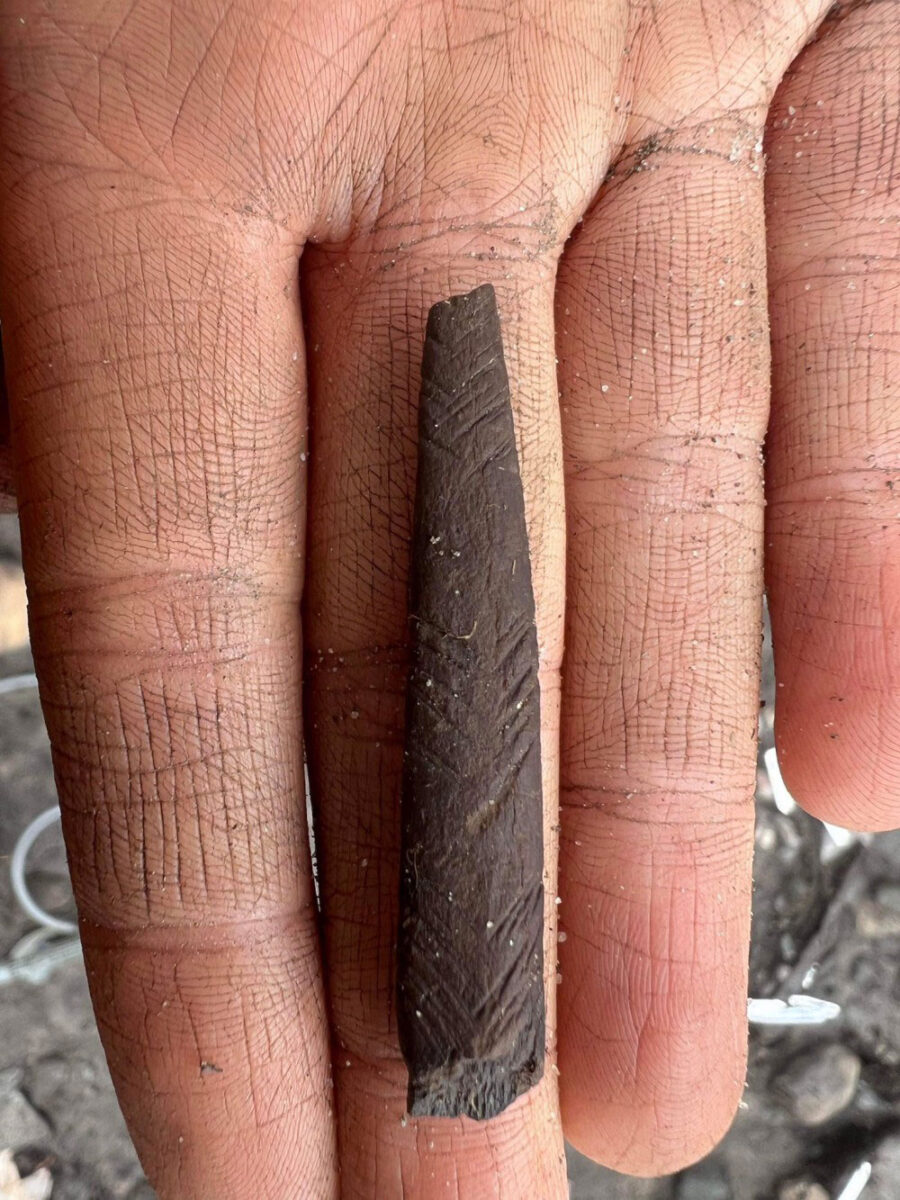 Excavations carried out by the team at a site in North Yorkshire have uncovered the exceptionally well-preserved remains of a small settlement inhabited by groups of hunter-gatherers around 10,500 years ago. Among the finds that the team recovered were the bones of animals that people hunted, tools and weapons made from bone, antler and stone, and rare traces of woodworking.

The site near Scarborough originally lay on the shore of an island in an ancient lake and dates to the Mesolithic, or ‘Middle Stone Age’ period. Over thousands of years the lake slowly filled in with thick deposits of peat, which gradually buried and preserved the site.

Dr Nick Overton from The University of Manchester said: “It is so rare to find material this old in such good condition. The Mesolithic in Britain was before the introduction of pottery or metals, so finding organic remains like bone, antler and wood, which are usually not preserved, are incredibly important in helping us to reconstruct peoples’ lives.”

Analysis of the finds is allowing the team to learn more and change what has been previously understood about these early prehistoric communities. The bones show that people were hunting a wide range of animals in a number of different habitats around the lake, including large mammals such as elk and red deer, smaller mammals such as beavers, and water birds. The bodies of hunted animals were butchered and parts of them were intentionally deposited into the wetlands at the island site.

The team also discovered that some of the hunting weapons made of animal bone and antler had been decorated, and had been taken apart before being deposited on the island’s shore. This, they believe, shows that Mesolithic people had strict rules about how the remains of animals and objects used to kill them were disposed of.

According to Dr Amy Gray Jones from the University of Chester: “People often think of prehistoric hunter-gatherers as living on the edge of starvation, moving from place to place in an endless search for food, and that it was only with the introduction of farming that humans lived a more settled and stable lifestyle. But here we have people inhabiting a rich network of sites and habitats, taking the time to decorate objects, and taking care over the ways they disposed of animal remains and important artefacts. These aren’t people that were struggling to survive. They were people confident in their understanding of this landscape, and of the behaviours and habitats of different animal species that lived there.”

The team hopes that future research at this site and others in the area will continue to shed new light on people’s relationship with the environment. Analysis of peat deposits around the site is already showing that this was an incredibly biodiverse landscape, rich in plant and animal life, and as work continues, the team hopes to find out what effects humans had on this environment.

Dr Barry Taylor from the University of Chester said: “We know from research carried out at other sites around the lake, that these human communities were deliberately managing and manipulating wild plant communities. As we do more work on this site, we hope to show in more detail how humans were altering the composition of this environment thousands of years before the introduction of agriculture into Britain.”

The excavations are featured in episode five of the new series of Digging for Britain, which will be broadcast on BBC Two at 8pm on Sunday February 5 and is currently available on BBC iPlayer.