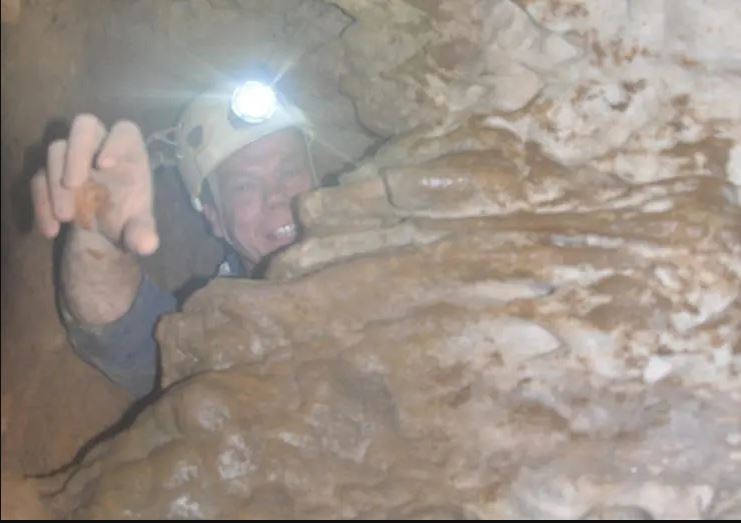 An international team led by archaeologists at the University of Central Lancashire (UCLan) has discovered the earliest human remains ever found in northern Britain.

Human bone and a periwinkle shell bead unearthed at Heaning Wood Bone Cave have been analysed and dated at around 11,000-years-old.

Dr Peterson, a Reader in Archaeology, said: “This is a fantastic discovery! We’ve been delighted to confirm Martin’s unbelievable find dates back around 11,000-year-ago and gives us clear evidence of Mesolithic burials in the north. This is particularly exciting as these are some of the earliest dates for human activity in Britain after the end of the last Ice Age.”

The enthusiast has been excavating the site since 2016 and has discovered human and animal bone, stone tools, prehistoric pottery and beads made from perforated periwinkle shells.

The UCLan team has been able to prove at least eight different people were buried in the cave. Despite the fragmented condition of the human remains, the accompanying artefacts make it likely that these were all deliberate burials.

Dr Chris Jazwa and his colleagues from the University of Nevada, Reno, along with academics from Pennsylvania State University were able to radiocarbon date seven different burials from the site.

They discovered a date on one of the shell beads showed it was around 11,000-years-old and was likely to have used during a burial.

Martin said: “I never expected anything like the Early Mesolithic connection in my wildest dreams. After six years digging it’s all ended up in a place I never expected it to get to. I can’t wait to hear all the final results, it’s staggering so far, difficult to imagine what it would have been like around here over 11,000-years-ago.”

Earlier human remains are known from southern England and from Wales, but the destructive effect of past glaciations means that such finds are rare in northern Britain.

Before this discovery, the ‘earliest northerner’ was a 10,000-years-old burial from the nearby Kent’s Bank Cavern discovered in 2013.

Rick added: “Cave burials like this are well known from some periods of British prehistory and the Heaning Wood burials are an important addition to our knowledge of funeral practices. Together with the slightly later dates from Kent’s Bank Cavern, it shows, as people re-occupied the land, how important the whole of Britain was to this process.”

Research on the site is continuing, with a detailed study of what happened to each individual after they were placed in the cave still ongoing. Scientists from the Ancient Geonomics Laboratory, at the Francis Crick Institute, have also sampled the burials to look for ancient DNA evidence which could show where the people buried in the cave came from and how they were related.