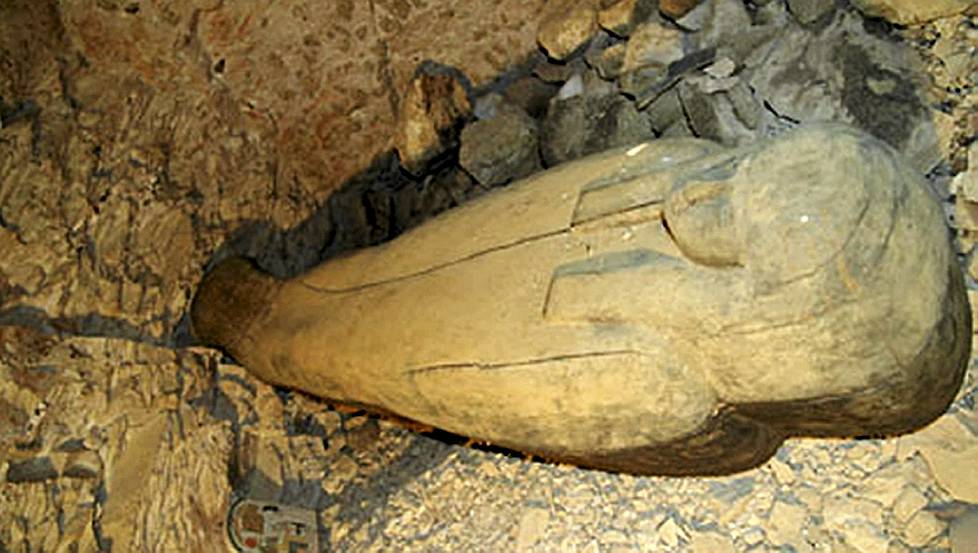 Protégée of the cat-goddess and a singer

In a rare find, Egyptian and Swiss archaeologists have unearthed a roughly 1,100 year-old tomb of a female singer in the Valley of the Kings, an antiquities official said Sunday.

It is the only tomb of a woman not related to the ancient Egyptian royal families ever found in the Valley of the Kings, said Mansour Boraiq, the top government official for the Antiquities’ Ministry in the city of Luxor.

The Valley of the Kings in Luxor is a major tourist attraction. In 1922, archaeologists there unearthed the gold funerary mask of Tutankhamun and other stunning items in the tomb of the king who ruled more than 3,000 years ago.

Boraiq told The Associated Press that the coffin of the female singer is remarkably intact.

He said that when the coffin is opened this week, archaeologists will likely find a mummy and a cartonnage mask molded to her face and made from layers of linen and plaster.

The singer’s name, Nehmes Bastet, means she was believed to be protected by the feline deity Bastet.

The tomb was found by accident, according to Elena Pauline-Grothe, field director for excavation at the Valley of the Kings with Switzerland’s University of Basel.

“We were not looking for new tombs. It was close to another tomb that was discovered 100 years ago,” Pauline-Grothe said.

Pauline-Grothe said the tomb was not originally built for the female singer, but was reused for her 400 years after the original one, based on artifacts found inside. Archaeologists do not know whom the tomb was originally intended for.

The coffin of the singer belonged to the daughter of a high priest during the 22nd Dynasty.

Archaeologists concluded from artifacts that she sang in Karnak Temple, one of the most famous and largest open-air sites from the Pharaonic era, according to evidence at the site.

At the time of her death, Egypt was ruled by Libyan kings, but the high priests who ruled Thebes, which is now within the city of Luxor, were independent. Their authority enabled them to use the royal cemetery for family members, according to Boraiq.

The unearthing marks the 64th tomb to be discovered in the Valley of the Kings.