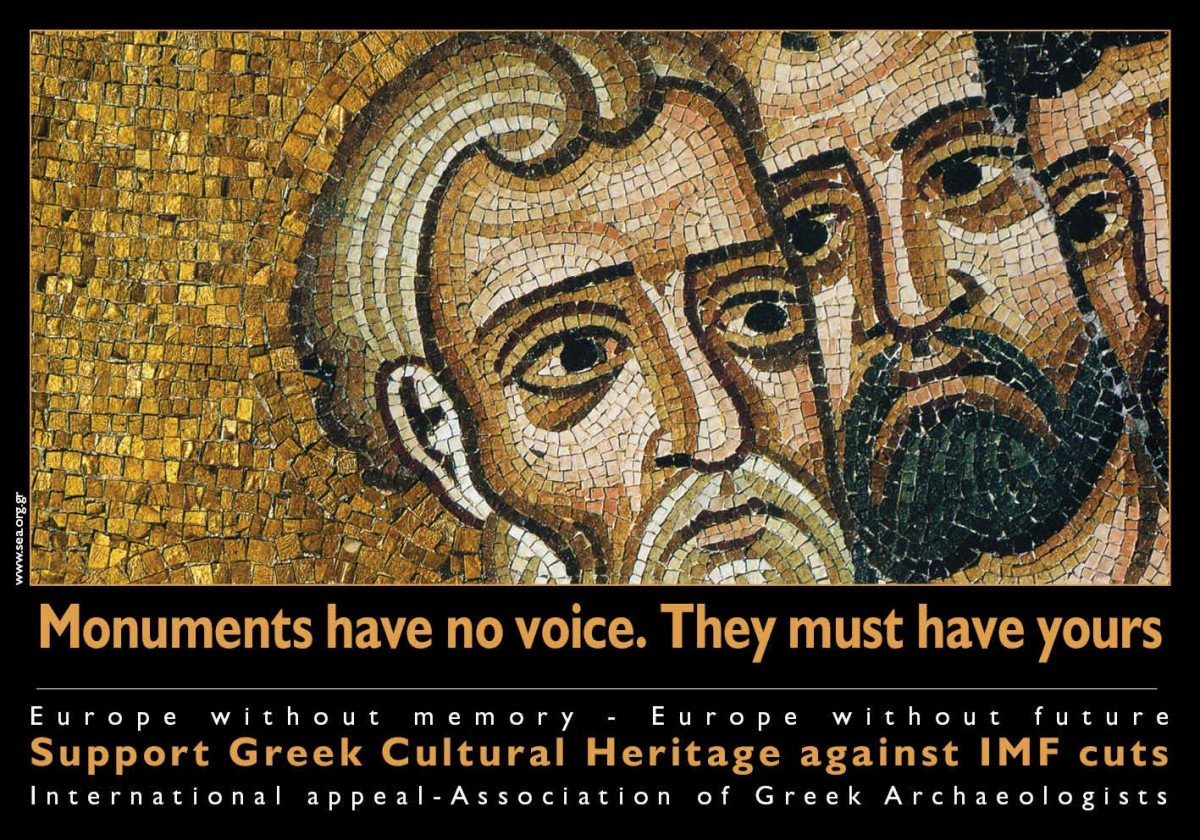 The Association of Greek Archaeologists launches an international campaign for the promotion of Greek antiquities. In their invitation to the Press Conference “On the launching of the International Appeal. Support Greek Cultural Heritage against IMF Cuts” they point out the dangers lurking because of cuts in the budget to maintain sites.

The Greek archaeologists, civil servants working in the Hellenic Ministry of Culture, report about the way the Archaeological Service works, the lack of personnel it faces and the dangers for antiquities, because of the cuts which concern every section of Greek public sector. They also refer to the robberies in the National Gallery and Olympia, the reserve of civil servants, cuts of 35% in salaries of archaeologists who work as permanent employees, as well as the forthcoming cuts (30-50%) of wages in all professions concerning culture. Furthermore, they report about the 19.000 declared archaeological sites and historical monuments, the 366 projects in progress, as excavations e.t.c. All these projects and sites are the responsibility of just 950 archaeologists.

“The Greek Archaeological Service is not overstuffed, nor are we being overpaid. We serve in order to protect our cultural heritage and monuments, all over Greece, facing constant lack of funding and personnel, dedicated to the pursuit of scientific knowledge and to access to culture as a public good. Our scientific work has won international recognition. For more than 170 years we have been organizing excavations, studying Greek civilization, organizing Museums not with stolen antiquities but with well-documented exhibits, restoring monuments, organizing educational programs and helping bringing together Ancient culture and modern art.

As civil servants we have neither sought after luxury or over-spending, nor have we been accused of corruption, in sharp contrast to the practices of the government and the political system that today promises to “save our country”, say the archaeologists and make an appeal to their colleagues all over the world, to scholars and citizens all over Europe “expressing their solidarity and support to the Greek people, to defend cultural heritage and historic memory”.