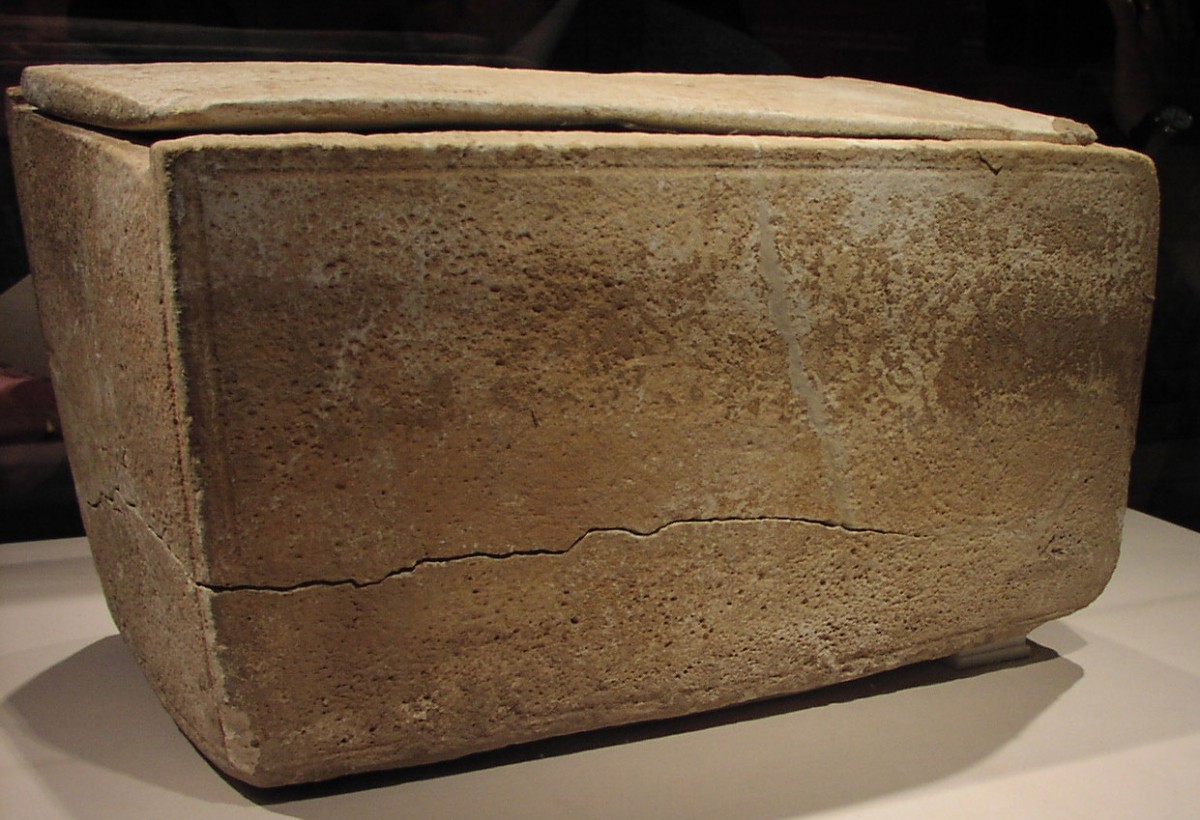 A story of forgery and truth

The authenticity of a burial box purported to have been for the “brother” of Jesus Christ remained shrouded in mystery on Wednesday after a Jerusalem court acquitted an Israeli private collector of charges he forged the artifact.

The court, in finding Oded Golan not guilty, noted that expert witnesses could not agree on whether an inscription on the 2,000-year-old limestone box which reads: “James son of Joseph, brother of Jesus”, was genuine or had been forged.

The authenticity of the so-called “James ossuary” will likely “continue to be investigated in the archaeological and scientific arena, and time will tell”, the court said.

The decade-long mystery has haunted archaeologists and religious scholars worldwide. It has focused on what could be the earliest, most concrete evidence of Jesus’s life in Jerusalem and suspicions of the most sophisticated of forgeries.

The saga began in 2002 when Golan, supported by Andre Lemaire, a renowned French scholar of ancient texts, said the ossuary, a limestone box for storing bones of the dead, had on its side the inscription “James son of Joseph, brother of Jesus”.

James, who was believed to have been stoned to death in 62 AD, is mentioned in the Gospels as Jesus’ brother. But the Roman Catholic and other Christian churches believe Jesus had no siblings.

Around the same time, another of Golan’s artifacts surfaced, the Jehoash Inscription. It is a stone tablet supposedly carved with a Hebrew text that describes renovation work on the first biblical temple by King Jehoash nearly 3,000 years ago.

The trial shed no light on where or how the artifacts were discovered. Golan said he obtained the ossuary and tablet from Arab traders in East Jerusalem.

The Israel Antiquities Authority (IAA) that oversees all excavation work in Israel called it all a hoax, saying the circumstances of the discovery of the two items were unclear and never properly documented.

In 2003, two IAA committees, including experts on inscriptions, burial customs, geology and restoration, found that while the ossuary may be genuine, the inscriptions were forgeries.

“I am glad that I was found innocent of all the very serious allegations that I had to face during the last seven years,” Golan told Reuters after the final court session.

Skeptics accused Golan of exploiting religious beliefs and academic interest to make money, and the IAA recommended the state investigate. In 2004, Golan was indicted.

Amir Ganor, head of the IAA’s Robbery Prevention Unit, told Reuters that while the court may have been unable to rule conclusively on the authenticity of the ossuary’s inscription, the case had led museums and universities to cast a more critical eye on the origins of artifacts they received.

He also said the high-profile case had led to a steep drop in the number of robberies at archaeological sites in the Holy Land.

A year ago, when speculation about the case was high and both sides were waiting for the court to render its verdict, Gideon Avni, the IAA’s Director of the Excavations and Surveys, summed up how the tale of a sensational discovery and suspected forgery has refused to go away.

“From the retrospect of almost a decade, the stories of the ‘Brother of Jesus’ ossuary and the ‘Jehoash Inscription’ will probably be recorded as an insignificant footnote in the history of the archaeological research of the Holy Land,” Avni, wrote on the website The Bible and Interpretation.

“Nevertheless … they are still likely to arouse the imagination of future mystery writers and filmmakers who, in the style of Indiana Jones, might make a decent living from the intriguing plot which has all the ingredients of a fascinating detective story.”