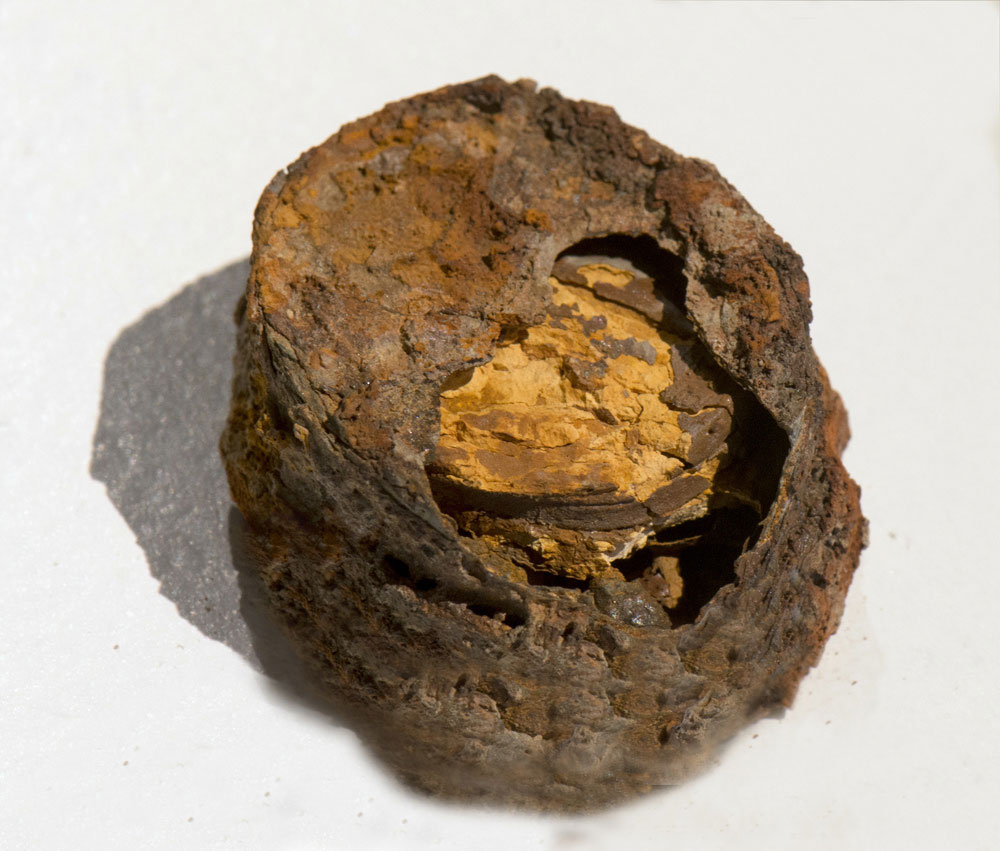 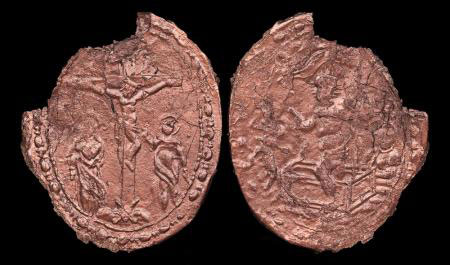 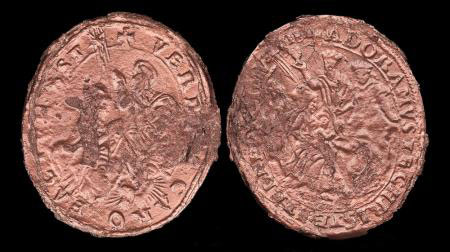 With the use of X-ray imaging techniques

Archaeologists have managed to virtually reconstitute in 3D the inaccessible contents of a fragile and damaged 17th century metallic box. The box was found at Saint-Laurent church excavation in Grenoble, France, now the Archaeological Museum of Grenoble (MAG).

The Saint Laurent church has been the object of archaeological research for the last twenty years under the direction of archaeologist and expert in history and civilisations of Antiquity and the Middle Ages, Renée Colardelle. The excavation has revealed buildings (mausoleums, churches), more than 1500 tombs and 2000 objects which provide a testimony to the evolution of mentalities and beliefs since the 15th century.

The metal box, measuring just 4 cm, was buried alongside a corpse in one of the 195 graves from a phase of burials dating from the XVIIe century. It was in a bad state of degradation and very fragile, and was restored by the CREAM (Centre de Restoration et d’Etude Archaeologique Municipal) in Vienne, France, to stop the oxidation process eating away the metal. Through the broken lid of the box, archaeologists could suppose the box contained three circular elements resembling coins, however the inscriptions on the objects were totally illegible.

Scientists have used X-ray imaging techniques developed at the ESRF and were able to virtually reconstitute, in 3D and with astounding resolution, the inaccessible contents of the very fragile and badly damaged box. Thanks to the non-destructive techniques and high resolution imaging of the ESRF, in particular synchrotron X-ray phase contrast micro-tomography, the research team, made up of members of the MAG and ESRF, were able to identify the content of the box, namely small clay medals and two pearls.

At first, the technique was used as part of a small feasibility study to produce an image. However, Paul Tafforeau, who carried out the experiment on the box and produced the 3D images said: “the results were so astounding that it turned into a full scale research project”.

The three medals were stuck together. After applying rendering and 3D virtual lighting techniques, scientists were able to produce images that revealed a multitude of details impossible to see with traditional lighting.

The medal in the middle of the stack proved the most legible. On one side, Christ can be seen on the cross with two figures standing at the foot of the cross. On the other side, Christ’s resurrection is symbolised by a figure bearing a crown of thorns, with one leg out of the tomb and holding a standard of the resurrection in his right hand.

The two other medals, which are identical, were damaged in different places. By combining the images obtained from the two identical medals, it was possible to reconstitute the illustrations and even the inscriptions on the medals. On one side, the scene of Christ’s baptism by Saint John the Baptist can be distinguished. The inscription is from John 1.14. : VERBUM CARO, FACTUM EST (“And the word became flesh”). The reverse side of the medal shows the three Magi bringing gold, frankincense and myrrh to the infant Jesus seated on Mary’s lap. The presence of Joseph behind Mary can be assumed but the state of preservation of the medals does not allow confirmation. The inscription is the beginning of a psalm: ADORAMUS TE, CHRISTE ET BENEDICIMUS TIBI (“We adore Thee, O Christ, and we bless Thee”).

The identification of these medals reinforces our knowledge of beliefs and practices of local populations in the 17th century. But beyond this scientific discovery, the quality of the images obtained through non-destructive techniques opens new perspectives for archaeologists. The success of this research and the astounding results obtained open new possibilities in the field of archaeological research.