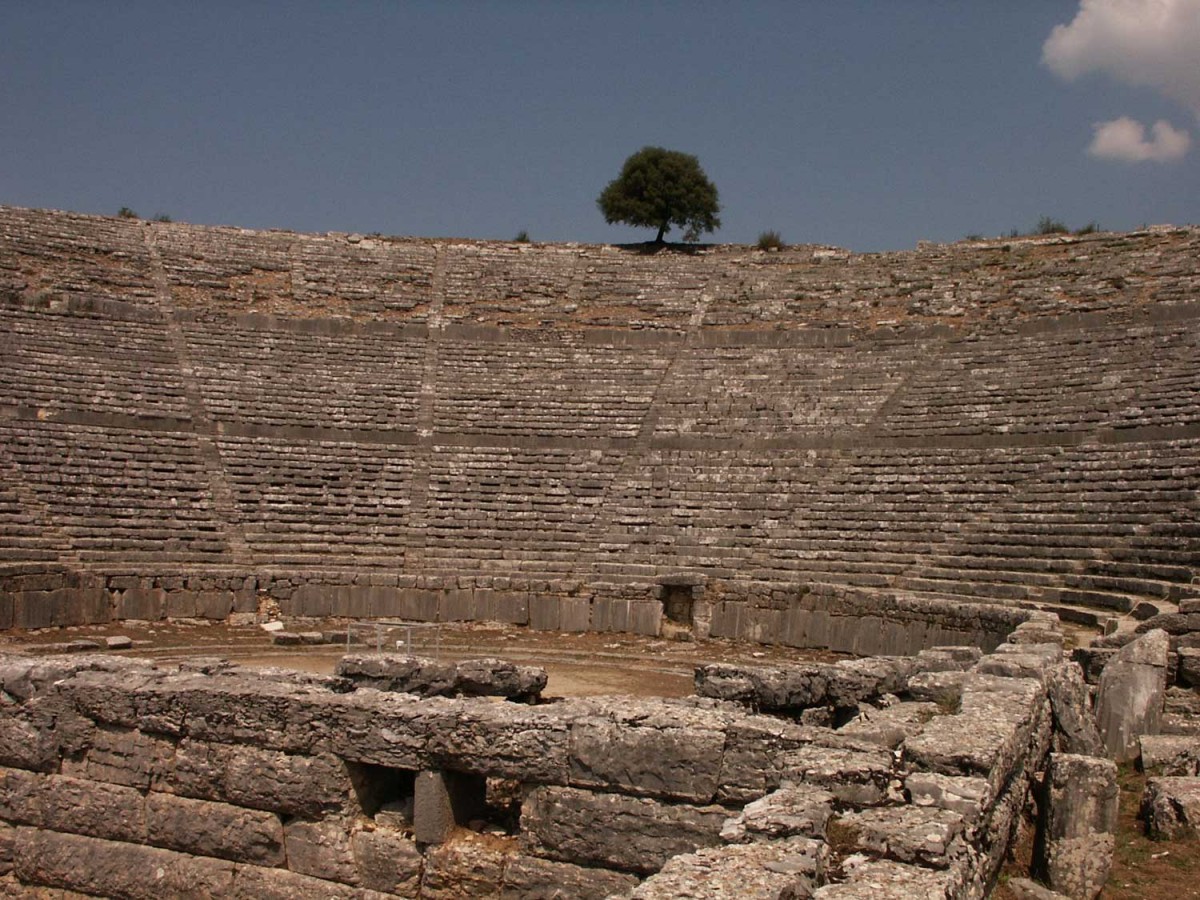 Restoration of ancient theatre of Dodoni “in good hands”

One the largest and best preserved ancient Greek theatres, able to accommodate about 18,000 spectators, the Theatre of Dodoni has been on the top of the reconstruction list of the Greek Ministry of Culture for years due to the natural damage and human interventions in its original structure.

Built in 300 BC, the ancient monument has been subjected to extreme weather conditions over the centuries, the Roman era human intervention – it was transformed into an arena, as well as a reconstruction project in the 60’s – which all resulted in shaping a theatre that had nothing in common with the original architectural design.

Fortunately, the theatre was shut down to the public in 2002, after three decades of use that only added to its decay.

From 1999 onwards, countless studies, suggestions and local directives have tried to solve the major issue of reconstructing the theatre according to its original design and with respect to the fragility of the ancient material used and surviving until today.

Finally, this time the restoration and reconstruction of the Theatre of Dodoni is in good hands, as noted by the members of the Central Archaeological Council of Greece, who were convinced of the good work that is being done.

In a meeting yesterday, Mr. George Smiris, architect and president of the Scientific Committee of Dodoni, described the work that has been completed in the first pilot row of seats and the work in progress in the rest of the rows. The ancient stones will be identified through an interesting methodology combining the use of old pictures, excavation diaries and archives.

The members of the Board, however, expressed their fear that casting artificial stone material into the broken architectural parts, will now allow future researchers to distinguish the original ancient stone from the fake implant. Moreover, the Board was concerned that the end result that could be alien to the original design due to the new casted material.

The first problem was solved with the proposal of casting natural stone material instead of artificial. The second problem of the antiquity of the monument was also put aside, since the high humidity of the local climate will soon take its toll on the newly adjusted stones and make them look like they have been there for years.

Professor Manolis Korres placed particular emphasis on the accurate geometrical reconstruction of the monument. Although the material employed may not be the original, what is extremely important is for the new design to be as close to the original as possible.

“The Theatre will not be open to the public any time soon. The reconstruction project aims at protecting and preserving the ancient monument. Let others in the future take the responsibility of reusing it” pointed out Mrs. Mendoni, secretary general of the Ministry of Culture. The reconstruction project is part of the ESPA funding program of the EU with a budget worth three million euros. The work is estimated to be completed by June 2015.