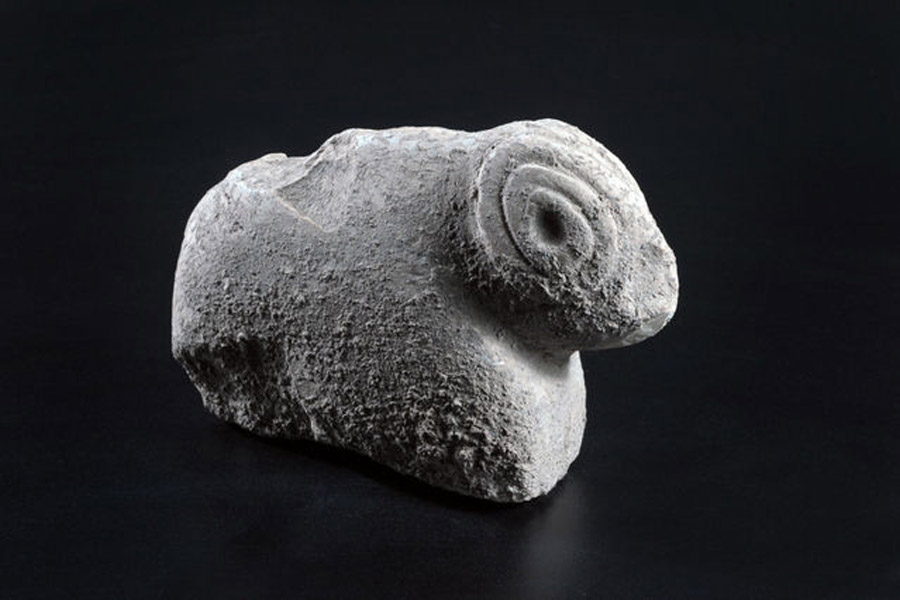 They may have been charms to help ensure successful hunting

Two ancient animal figurines, one in the image of a ram and the second a wild bovine, have been discovered in excavations near Jerusalem.

The Stone Age statuettes, which are estimated to be between 9,000 and 9,500 years old, may have been charms to help ensure successful hunting, according to archaeologists who announced the discovery today in an e-mailed release.

The items were found by the Israel Antiquities Authority in an excavation taking place at Tel Moza, before the widening of Highway 1, which runs between Jerusalem and Tel Aviv.

“It is known that hunting was the major activity in this period,” Hamoudi Khalaily, director of the dig, said in the release. The figurines “may have been the focus of a traditional ceremony the hunters performed.”

During the Pre-Pottery Neolithic B period, when these items were made, the transition began to sedentary life, based on farming and grazing, from nomadism, based on hunting and gathering, Khalaily said.

A sculpture in the shape of a ram with twisted horns was fashioned from limestone.

“The sculpting is extraordinary and precisely depicts details of the animal’s image,” Khalaily said. “The head and horns protrude in front of the body and their proportions are extremely accurate.”

A second figurine is made from dolomite and is of an abstract design. It depicts a large animal with prominent horns that emerge from the middle of the head sideward and resemble those of a wild bovine or buffalo.