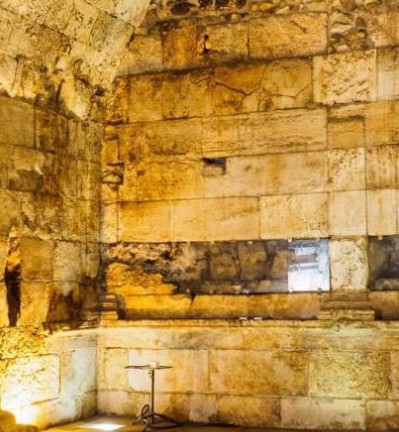 Until now it was considered a public fountain

A structure at Jerusalem’s Western Wall Plaza, discovered five years ago, was not a public fountain but a dining room, researchers say.

In particular, Joseph Patrich of Hebrew University and Shlomit Wexler-Bedolah of the Israel Antiquities Authority have concluded that the two rooms in question served as the triclinium of the City Council in the 1st century BC.

The two rooms are connected by a water feature with a decorative fountain and were part of a larger building. Sofas for the guests might have been where indentations on the walls are.

The entire structure is thought to have been destroyed in an earthquake around 30AD.

The story is reported in Haaretz newspaper.