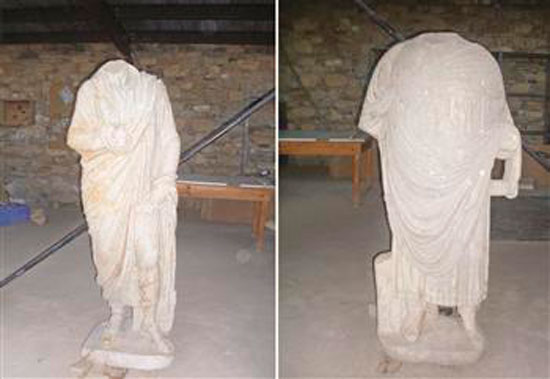 One of Turkey’s most important archaeological sites

The ongoing excavation works at one of Turkey’s most important archaeological sites, the Karacasu Aphrodisias Ancient City, have revealed two headless statues.

According to information provided by the Culture and Tourism Ministry, one of the statues is in 1.76 meters in height and the other is 1.68 meters. One of the statues holds a roll in its left hand and its right hand is on its chest. There is a pack of documents behind its left foot, but the fingers and head are broken.

U.S. professor R. Roland Smith is heading the excavations at the site. The city of Aphrodisias, is one of the country’s most visited places. It is included in UNESCO’s world heritage permanent list.