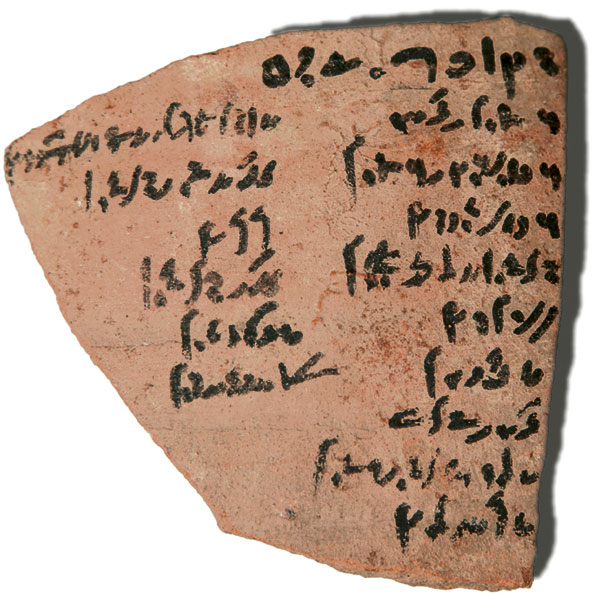 A 37-year project to compile a dictionary of an ancient Egyptian script used for daily communication has been completed, offering an unprecedented look at the words of ordinary ancient Egyptians.

The Chicago Demotic Dictionary, so named because it was created by University of Chicago researchers, translates Demotic Egyptian, the tongue of common Egyptians from about 500 B.C. to A.D. 500.

Demotic was used in everyday Egyptian documents and letters, said Janet Johnson, a University of Chicago Egyptologist. The researchers compiled the words in the dictionary from Demotic on stone carvings, papyrus and broken fragments of pottery.

“Personal documents (letters, tax receipts, accounts, legal texts, etc.), administrative documents, and literary, scientific and religious texts were all written in Demotic and provide a wealth of information about the Egyptian-speaking population in Egypt,” Johnson told LiveScience in an email.

The language was a prominent one during Greek and Roman occupation of Egypt in this period. Along with hieroglyphs and Greek, Demotic is one of the three languages on the famous Rosetta Stone, which helped early Egyptologists first decipher the formal hieroglyphic script.

The hardest parts about compiling a Demotic-to-English dictionary included reading the script itself, which is derived from picturelike hieroglyphs but is in cursive, Johnson said. As in English, Demotic words can also have multiple meanings, so the researchers had to differentiate between primary and secondary definitions.

“One of the major challenges has been that, through time, we have decided to include more and more information, meaning that the project has taken much longer than originally anticipated,” Johnson said.

The dictionary is available online. The idea, Johnson said, is that scholars can use the dictionary to translate and publish unpublished Demotic texts, as well as to do work on contemporary languages.

“The dictionary will be very useful, as there are more unpublished documents in Demotic than any other phase of ancient Egypt,” James Allen, a Brown University Egyptologist, said in a statement.

Demotic survives today in a few English words, including “adobe,” the Demotic word for brick, which was picked up by Arabic speakers and later became part of the Spanish language. The word “ebony” also has Demotic roots.