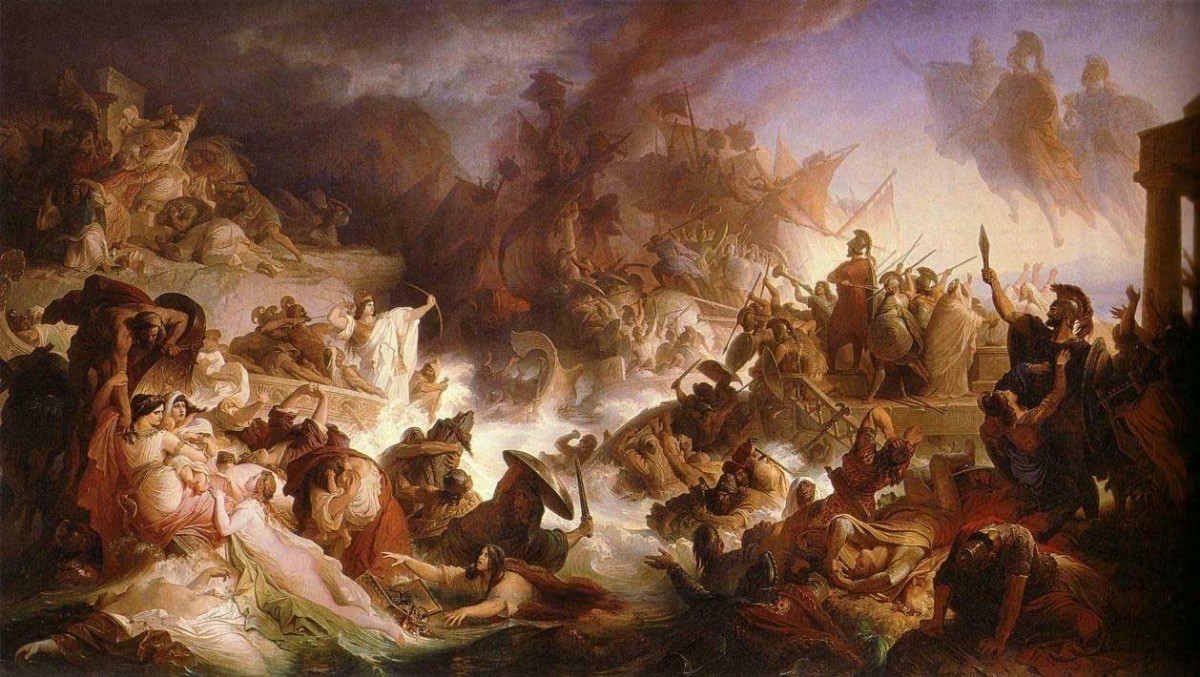 Battle of Salamis Marked After 2,500 Years

A victory that changed forever the course of history

Some 2,500 years ago a naval battle took place in September in the straits between the Greek mainland and Salamis, an island in the Saronic Gulf near Athens. The battle of Salamis changed forever the course of history and halted the Persians from advancing to the West after a series of battles with the ancient Greeks. In 480 BC, an outnumbered alliance of Greek city-states stood up against the mighty Persian empire of King Xerxes and fought for freedom and democracy.

Reaching the high-point of the second Persian invasion of Greece which had begun in 480 BC, a small force of Greeks blocked the pass of Thermopylae, while an Athenian-dominated allied navy engaged the Persian fleet in the nearby straits of Artemisium. Both battles were eventually lost, but still allowed the allies to prepare to defend the Isthmus of Corinth whilst the fleet was withdrawn to nearby Salamis Island.

The Athenian general Themistocles received a plan to lure the Persian fleet out to the open to battle again, in the hope that a victory would prevent the Persians from attacking the Peloponnese. The Persian king Xerxes anxious for a decisive battle ordered his navy of slaves to sail into the Straits of Salamis and tried to block both entrances. However, the straits soon proved a barrier for the deployment of the Persian forces that became an easy prey for the Greek fleet, which formed in line, scored a decisive victory sinking or capturing at least 300 Persian ships.

Earlier in 481 BC, Xerxes sent ambassadors around Greece asking for earth and water except for Sparta and Athens. Soon a congress of city states met at Corinth in late autumn of 481 BC and a confederate alliance of Greek city-states was formed. The city-states let go of their own fighting to face the common threat from the east under the strategic guidance of Themistocles.

Prominent ancient historian Herodotus reported that there were 378 triremes in the allied fleet, while the Athenian playwright Aeschylus, who actually fought at Salamis, claimed that the Greek fleet numbered 310 triremes (the difference being the number of Athenian ships). According to Hyperides, the Greek fleet numbered only 220 ships. The fleet was effectively under the command of Themistocles, but nominally led by the Spartan nobleman Eurybiades, as had been agreed at the congress in 481 BC.