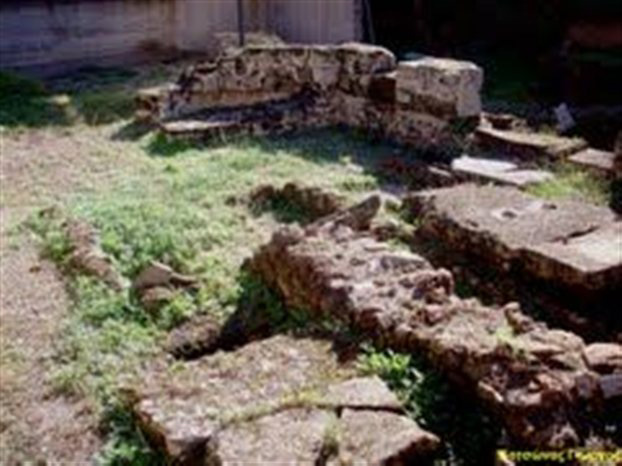 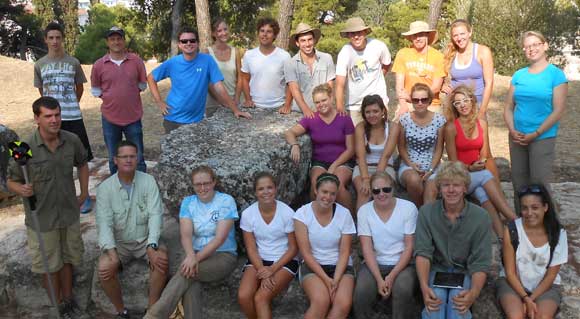 The Hill of Ismenion Apollo

The second field season at the Ismenion Hill and the area to the hill’s immediate northwest in Thebes has been completed. The excavations were conducted by University of Bucknell, the 9th Ephorate of Prehistoric and Classical Antiquities and the 23rd Ephorate of Byzantine Antiquities. Primary Investigators were Bucknell professors Kevin Daly and Stephanie Larson. Two groups of select Bucknell students also participated in the excavations during the summers of 2011 and 2012.

a) cleaned the western temple remains in order to leave them as they were originally left after the 1917 excavations,

b) created a local and internally consistent digital surveying grid system onto which all future archaeological remains can be plotted,

c) digitally measured the exposed temple remains at every 10 centimeters and plotted each point into this grid to create a new temple plan,

d) excavated five 5×5 meter areas and two 10×10 meter areas on the temple hill and in the area adjacent to the hill,

e) recorded all excavation information digitally on iPads in the field and on laptops in the workrooms,

g) excavated five undisturbed early Byzantine graves (7th century CE) and revealed a series of unbroken funerary vessels (over 20 in total) together with other grave goods,

h) excavated a large Byzantine garbage pit from the late 13th century CE from which whole pots and a series of vessel profiles emerged,

j) located and recorded other features of note, such as walls of various periods and cuttings in the bedrock that may relate to the foundations and/or adornment of the 4th-century CE temple to Apollo.