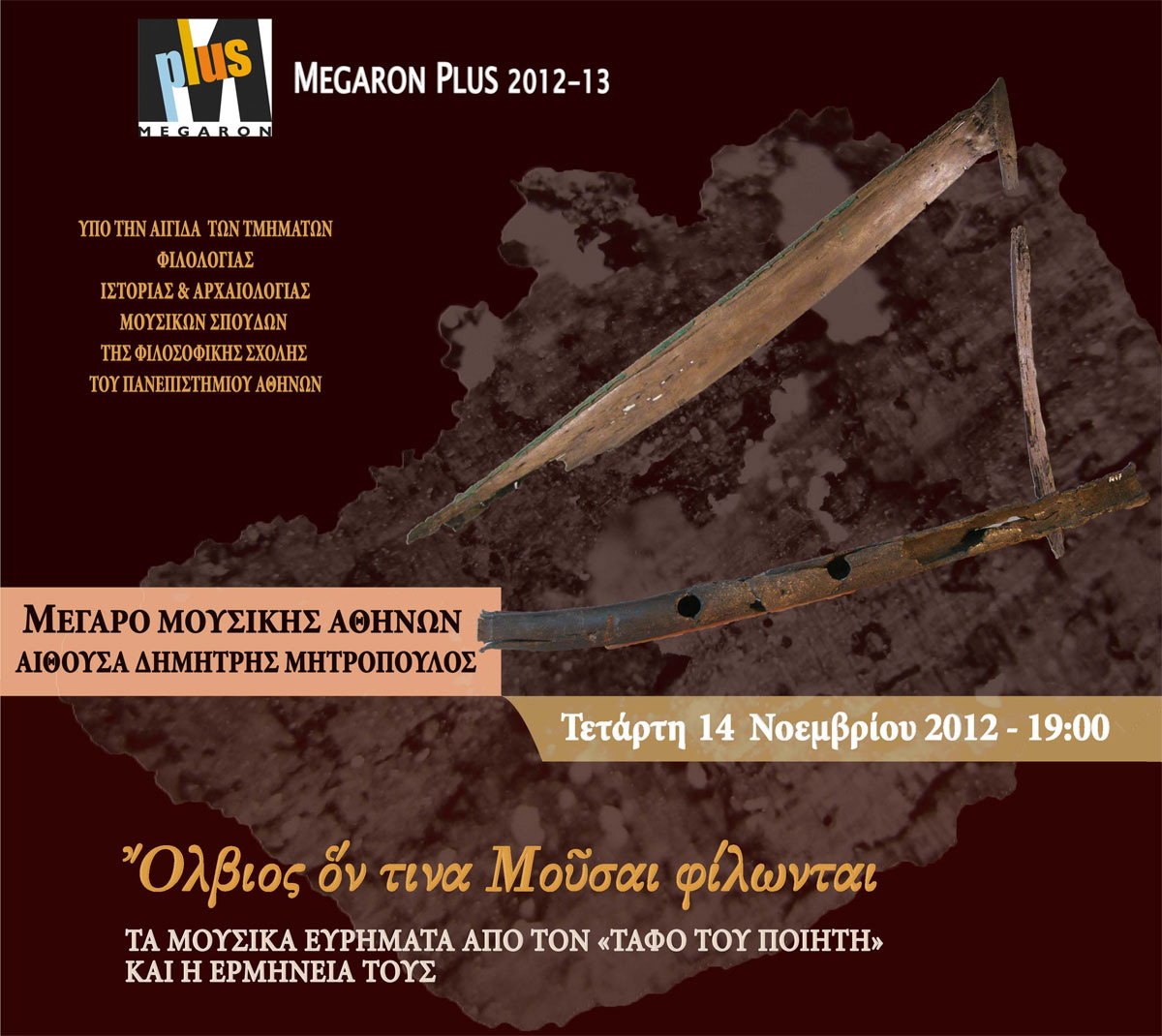 Musical finds from the Tomb of the Poet

A significant archaeological find came to light some thirty years ago in Daphne, Attica.

In spring 1981, in the area of Daphne (33 Olgas St.), during a rescue excavation, carried out by the archaeologist Angelos Liangouras, two adjacent graves were discovered. One of them contained a skeleton and four white-ground lekythoi. The other grave was richly adorned with parts of a papyrus roll, a polyptych, writing utensils and three musical instruments. The complete content of the two graves is currently on permanent exhibition in a special show case at the Archaeological Museum of Piraeus.

The so-called Tomb of the Poet dates back to the Classical era (around 430 BC) and the excellent condition of the grave goods yielded valuable information to archaeologists – especially concerning music and musical instruments in ancient times. The harp, known only from its iconography, is the only find of this instrument.

With the permission of the 26th Ephorate of Prehistoric and Classical Antiquities, the three musical instruments (harp, lyre, aulos) will be studied and publicated, a project funded by the John S. Latsis Public Benefit Foundation. Because of the uniqueness of the instruments, the aforementioned organological study will include physical modeling and the creation of exact replicas of the instruments.

In the framework of Megaron Plus, this unique find and the results of its study will be presented.

The event will be presented in English and in Greek with simultaneous translation.