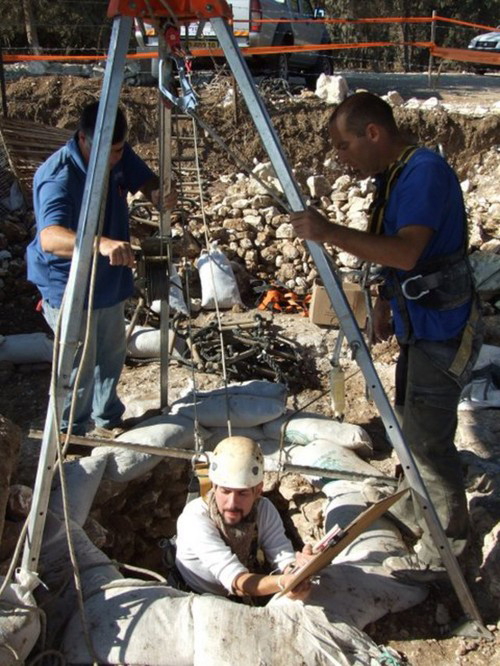 Murder mystery is surrounding two 8,500-year-old skeletons uncovered by archaeologists in Israel’s Jezreel Valley, during excavations before the enlarging of a highway by the National Roads Company. The skeletons were found at the bottom of a Neolithic period well.

According to archaeologists, the skeletal remains belonged to a woman aged 19 and an older man. The researchers are facing questions such as “How did they come to be in the well?”, “Was this an accident or perhaps a murder?” For now, the answer to these questions remain a mystery.

As Omri Barzilai, head of the Prehistory Branch of the IAA, explained, the excavation of ancient wells is critical to understanding the culture and economy of a period before the invention of pottery vessels and metallic objects.

The well were the two skeletons were found was connected to an ancient farming settlement, said Yotam Tepper, the director of the excavations at the site. “After these unknown individuals fell into the well, it was no longer used, for the simple reason that the water was contaminated,” he added.

Apart from the skeletal remains, flint sickle blades used for harvesting, arrowheads and stone tools came to light. These finds indicate that the inhabitants had some knowledge on local hydrology and geology, which enabled them to quarry the limestone bedrock down to the level of the water table, Tepper said.

The well will be conserved and exhibited.