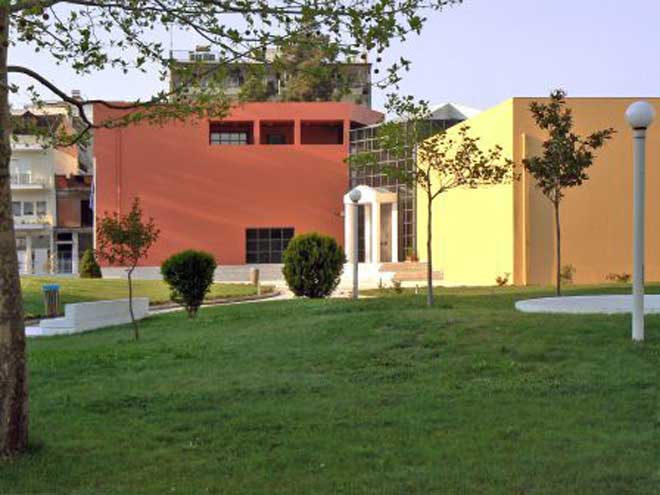 Inauguration of the Karditsa Archaeological Museum

Finds dating from the Middle Palaeolithic Era, reflecting the successive cultural periods of the Karditsa region are awaiting the visitors of the town’s Archaeological Museum, which will be inaugurated on Friday, November 16, at 12.00 p.m., by the Deputy Minister of Education and Religious Affairs, Culture and Sports, Costas Tzavaras.

It took almost 30 years to complete the project, which began in the early 1980s, following an initiative of the 13th Ephorate of Prehistoric and Classical Antiquities. In the 1990s, the Municipality of Karditsa granted the building of an old hospital (5,120 square meters) to the Ministry of Culture. The construction of the museum was funded by the 2nd Community Support Framework. The building was completed in 2001.

The exhibition is structured in two sections: “Man in Time” and “Man in Space”.

In the first section, Antiquity is approached in a chronological sequence. The exhibition presents finds dating from the Middle Palaeolithic era which where located in the former mountain plateau of Nevropolis (artificial Lake Plastiras), and a fossil of a living organism.

Thessaly and the Karditsa region are considered as one of first Helladic centers where the Neolithic culture has developed. The most important feature of the Neolithic period at the valley are the magoulas. A reconstruction of a magoula allows visitors to open “windows” that show the various phases of its occupation. This section also includes a model Neolithic house revealing the architecture, the ceramic technology, the figurines and seals, the tools, and the household activities of the period.

The Bronze and Iron Age displays include typical vessels of the period, as well as a modern reconstruction of a fast wheel. The section entitled “Funerary customs”, showcases two tombs of the Middle Bronze Era.

The exhibition’s second thematic section refers to the two Thessalian Leagues, the concept of the city-states, the political principles of Thessalian cities, the trade and the economy, the earliest inscription of the region etc. Finds from the federal Thessalian sanctuary of Athena Itonia and the cities Kierion, Orthe, Metropolis, Gomphoi and Argithea are being presentd in this section.

The selection of these cities and their presentation sequence within the exhibition was based on a 2nd century BC Delphic inscription, where they are mentioned in this sequence.

Notable finds include the marble sculptures from the Asklepieion of Kierion. The Kierion Asklepieion was one of the most popular medical centers of the region in Antiquity. Its discovery is extremely important, as it is the nearest one to the big Asklepeion of Trikke, the birthplace of Asclepius. The exhibition of the marble sculptures from the Asklepieion, considering the fact that many of them depict child figures, reveals information about the Asclepieia and the role of children within them.