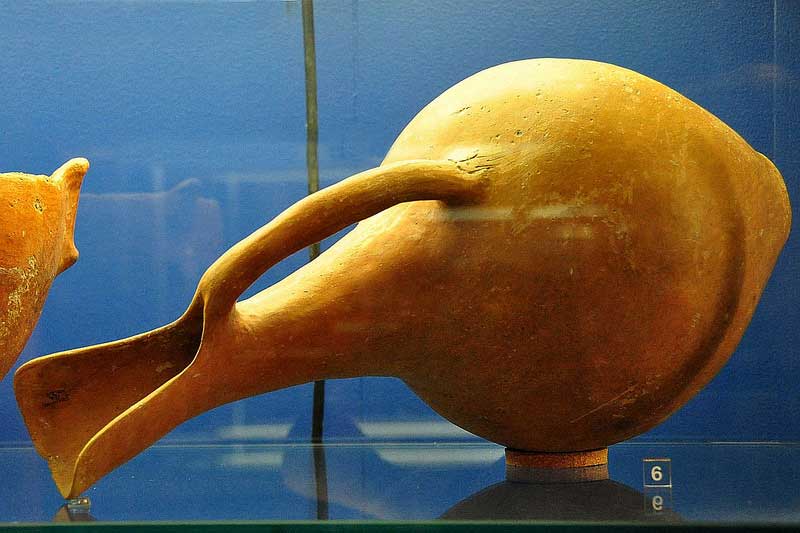 As James Stewart writes in the Handbook to the Nicholson Museum: “Yet whatever changes economics or politics made, whatever artistic influence gained favour, Cyprus remained essentially herself and the products of her art retained a distinctive Cypriot character. There is perhaps more continuity of tradition in the island than anywhere else in the Middle East, and yet greater ability to borrow and adapt.” (A.D. Trendall-J.R. Stewart, Handbook to the Nicholson Museum, 2nd edition, 1948, p. 119.)

Cyprus, the third largest island in the Mediterranean, has a rich archaeological and cultural tradition dating back more than ten thousand year. Legend has it that Aphrodite, the mythical goddess of love and beauty, was born in the waters off the coast of Cyprus. 2012 marks the 50th anniversary of the passing of Professor James Stewart, who excavated on the island before and after the Second World War and developed the Nicholson Museum’s collection of over 1500 Cypriot items, but the legacy of Australian archaeological investigations on the island continues today. Fieldwork projects by Australian universities continue, including the Nicholson Museum sponsored excavations at Nea Paphos, the Hellenistic-Roman capital of the island.

This exhibition will celebrate the Cypriot archaeological collections of the Nicholson Museum, and explore the stories of the Australian researchers who have investigated the island’s history.

The exhibition is sponsored by the Beirut Hellenic Bank, and supported by The Cyprus Community of NSW and the Cyprus Hellenic Club Ltd.