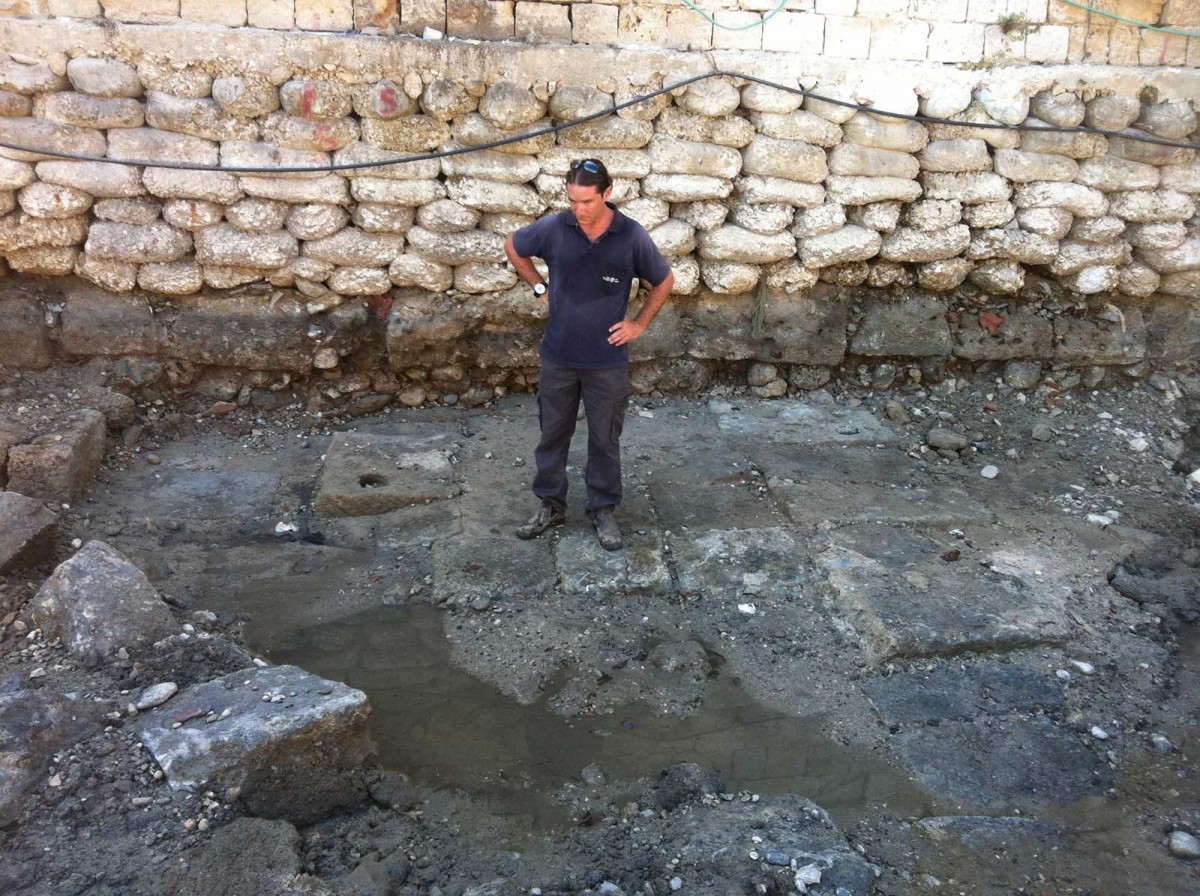 Hellenistic harbor structures on the coast of Israel

In the framework of Israel Coast Exploration Project, archaeologists from the University of Rhode Island, the Israel Antiquities Authority, and the University of Louisville have investigated Israel’s coastal cities (from land and sea): Akko, Caesarea, and Ashkelon, aiming to locate, excavate and study the Hellenistic harbors of the three cities, and shed light to ancient Israel’s history.

During the surveys, researchers have discovered the remains of a fleet of early-19th century ships and Hellenistic harbor structures (3rd-1st c. BC) at Akko. Also known as Acre, Ake and Ptolemais, Akko’s port was an important waypoint for the Phoenicians, Romans, Crusaders, Ottomans and other ancient maritime empires. The results of these surveys were presented on November 15 and 17 in Chicago at the annual meeting of the American Schools of Oriental Research by University of Rhode Island assistant professors Bridget Buxton and William Krieger.

Although the findings of the team were remarkable, archaeologists are hoping to discover examples of an ancient multi-decked warships from the Hellenistic age. “These ships were incredible pieces of technology, but we don’t know much about their design because no hulls have been found. However, a combination of unusual environmental and historical factors leads us to believe we have a chance of finding the remains of one of these ships off the northern coast of Israel,” as Buxton said.

She believes that the Hellenistic ships they are looking for could be buried in the coastal sediment. Due to development, environmental changes and the Aswan Dam, however, “that protective silt is now being stripped away,” as the archaeologist explained.

This summer’s excavations in the area revealed a slipway and shipshed structure, which continued out under the sea floor 25 meters from the Ottoman city wall. The feature resembles other naval shipsheds found in places such as Athens. The excavations also revealed Hellenistic masonry, pottery vessels, an ancient mooring stone, and a stone quay 1.3 meters below the modern sea level. Archaeologists think there is a big possibility that much more of the Hellenistic port lies well-preserved under the sea floor.

The discovery of Hellenistic shipwrecks will help researchers rewrite the story of the region at a very critical time of Eastern Mediterranean history. “We’ve got fragmentary historic records for this area in the Hellenistic period, and now we’ve found a very important feature from the ancient harbor. Ancient shipwrecks are another piece of the puzzle that will help us to rewrite the story of this region at a critical time in Mediterranean history,” she said.