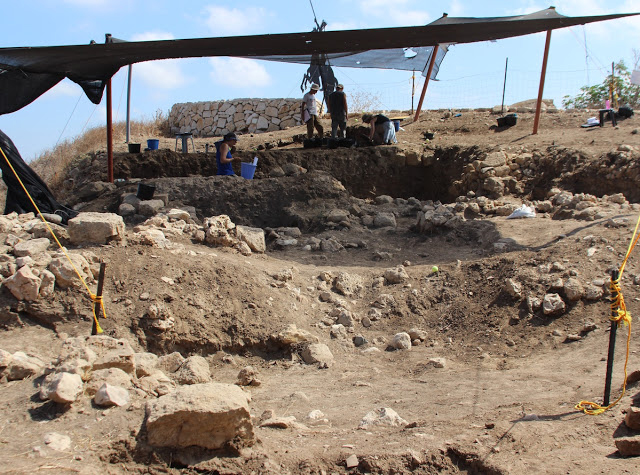 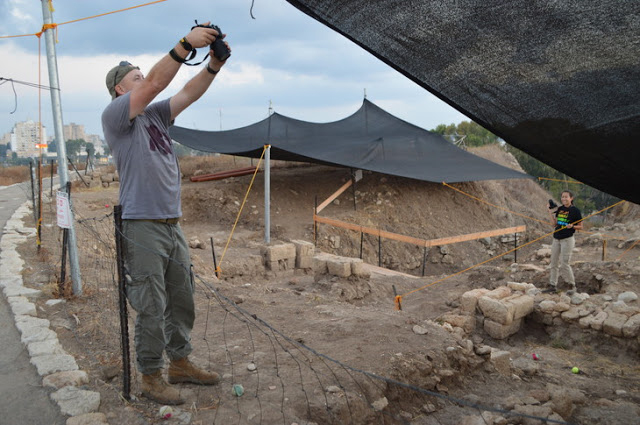 Archaeologists use IT to help uncover Israel’s past

During his tenure as an archaeologist, Indiana Jones wasn’t much concerned about preserving historical sites and landmarks. He pilfered precious artifacts, set off booby traps willy nilly and damaged valuable potential research sites in all his movies.

In reality, archaeologists are much more careful. Keeping meticulous records of what a site looks like before and after a dig —as well as carefully indexing and caring for artifacts— is something all archaeologists keep in mind while in the field.

To help them preserve and keep record of historical sites and objects, Penn State archaeologists are using several information technologies while on location.

“We’re constantly pushing the boundaries of how new technologies can help us in our research,” said Ann Killebrew, associate professor of Classics and Ancient Mediterranean Studies, Jewish Studies and Anthropology. “We use photogrammetry to create 3-D models of the excavation, artifacts, and landscapes, and GIS to visualize the multi-layered stratigraphy of Tel Akko and spatially analyze our data.”

Preserving the past with IT

Killebrew spearheads the Total Archaeology at Tel Akko Project, which takes a group of students, faculty and staff from Penn State and other institutions across the globe each summer to study the ancient Canaanite and Phoenician site in northern Israel.

While there, Killebrew and her fellow researchers comb through the ruins, looking for clues about societies that once lived there. Each morning, they arrive at the excavation site by 5:30. But before they start digging, they need to create a record of what the site looks like before anything is moved — where walls, artifacts, rocks and anything else are located.

This record-keeping is essential to the process.“The thing about digging is that we’re dismantling a location, removing dirt and artifacts as we go,” said Killebrew. “And unlike most sciences, you only have one chance to do it, because you can’t put the dirt back after you’ve excavated it. Every day, the dig site looks different than it did the day before.”The 3-D documentation can help check the team’s work and allow others to reconstruct what was removed by the excavators.Traditionally, these records were drawn by hand. But although hand drawings are still a part of the process, the team is also using a technique called ​​photogrammetry to create digital, 3-D models of the site each morning.Photogrammetry is a process that uses 2-D photographs, like the ones the research team takes of the dig site each morning, and transforms them into a 3-D model using software like Agisoft Photoscan. This allows the researchers to have more precise, interactive records —the models can be rotated and viewed from any angle— and saves time that they would have otherwise spent drawing each day.“It allows us to record in greater detail than how we used to, which previously was based on 2-D drawings or photographs,” said Tim Hay, who is pursuing undergraduate degrees in Classics and Ancient Mediterranean Studies, Anthropology and Jewish Studies. “It helps us document much more information in a much more timely fashion.”

The technology can also be used to digitally preserve artifacts. By taking photos of an object from many different angles, the software will compile a 3-D model of the artifact that can be studied digitally much closer than with the human eye alone.

“One object we found was a carved stone dating from the seventh century BC,” said Killebrew. “Looking at the stone in person, it’s almost impossible to see what’s carved on it. But with the 3-D model, the incisions really pop out, and we can see almost every single tiny little incision.”

Backing up with Box

While having these digital records is great, all those files need a place to live. They can’t be stored in a filing cabinet like a pile of papers, so the research team needed a way to store their digital records in a safe, secure place. The team decided on Box at Penn State, a cloud-based file storage service available to all University students, faculty and staff.

“We have terabytes and terabytes of material, and we’re constantly backing things up,” said Killebrew. “But having Box is great, and now we’re saving a lot of our materials there. It’s a fantastic resource.”

As the archaeologists prepare to study what they found in Tel Akko before they go abroad once again next summer, the digital records will surely come in handy. And unlike Indy, when they return to Israel, they’ll do so with cameras and computers in hand, which beats a whip any day.