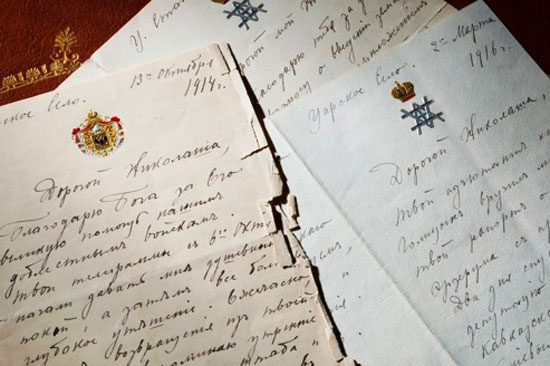 The letters were from the collection of Prince Nicholas Romanov, 90, the actual leader of Russia’s imperial dynasty, and were addressed to Romanov’s great uncle, Grand Duke Nicholas Nikolaevich. They went for a record 120,000 Swiss francs — far beyond the initial estimate of between 9,000 and 14,000 Swiss francs.

The four letters written by Tsar Nicholas II are major historical documents that not only show Russia ‘s involvement in the First World War but also the Tsar’s deep concern for the well-being of his army. They also highlight the close links between the Tsar and Grand Duke Nicholas Nicolaevich, even after the latter was dismissed from his post as supreme commander of the Imperial Armies.

The buyer of these letters, of a large number of imperial photographs and of Grand Duke Nicholas’ helmet is a Russian collector based in Monaco who is keen on history.