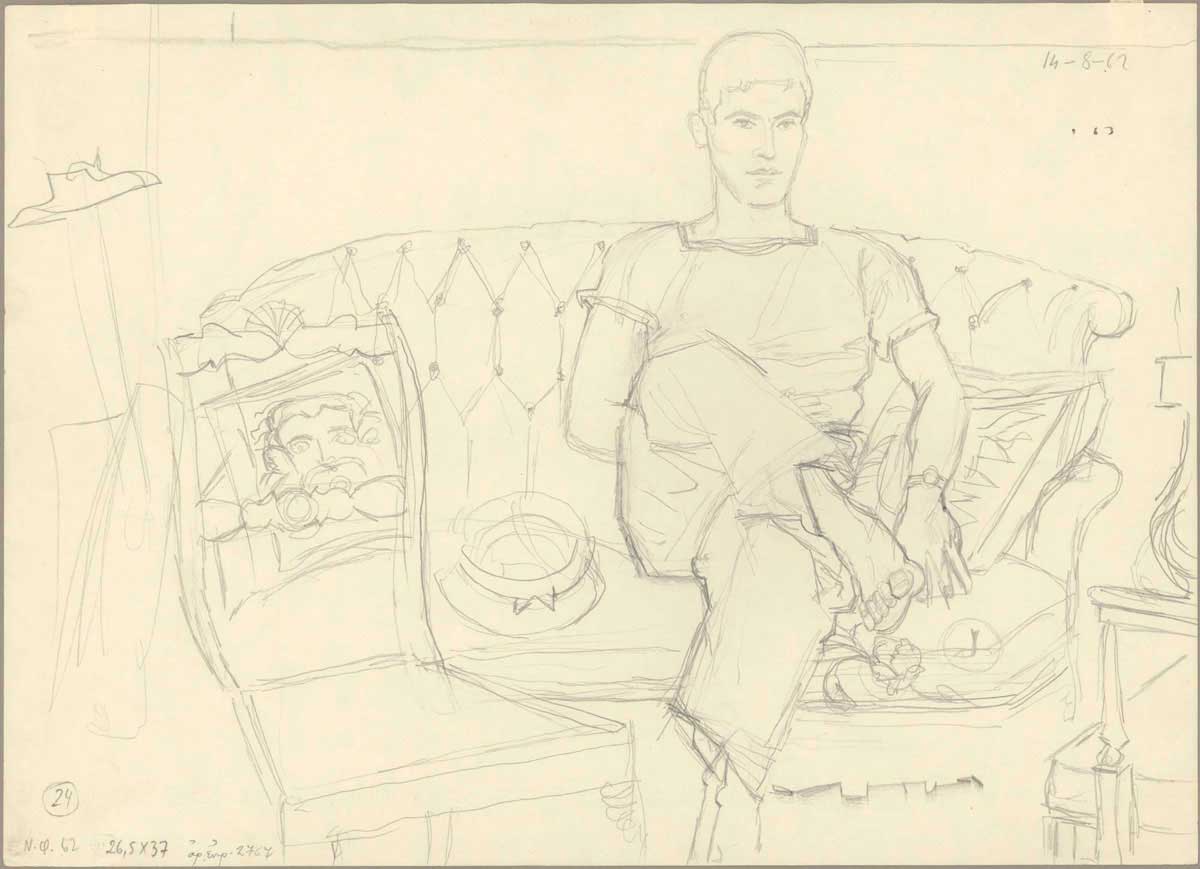 Yannis Tsarouchis at the Benaki Museum

The exhibition “Yannis Tsarouchis. Studies for 17 themes”, dedicated to the work of major Greek painter Yannis Tsarouchis, opened on December 7 at the Benaki Museum’s annex at 138 Pieros St., and will run until March 31, 2013.

For the first time, the work of Tsarouchis is being featured through studies and variations, unpublished photographs and original archive material from the Yannis Tsarouchis Foundation, in an entirely different approach.

During the 60 years of his working unceasingly, Tsarouchis created a multi-faceted, rich and complex artistic oeuvre that reveals the very essence of modern Greek art painting in the 20th century. A less known but significant aspect of his work is the way he elaborated a theme or a series of paintings. This exhibition focuses on this particular aspect and attempts to offer the visitors a glimpse into the artist’s workshop.

Through drawings and completed paintings, the exhibition shows the creative process that the painter followed in order to put important themes on his canvas, such as the “Sacrifice of Iphigenia”, the “Letter”, the “Four Seasons” etc. Through studies and variations, as well as objects he used (like the feathers for the series “Young man with butterfly wings”, which he made himself), photographs of his models, the way he set them up, the visitors get acquainted with the way he prepared and realized his works.

This exhibition deciphers in this way the multi-faceted oeuvre of Tsarouchis, one of the most important representatives of the Greek generation of 1930. It is also the first of an exhibition series that will be organized in the framework of the collaboration between the Benaki Museum and the Yannis Tsarouchis Foundation.