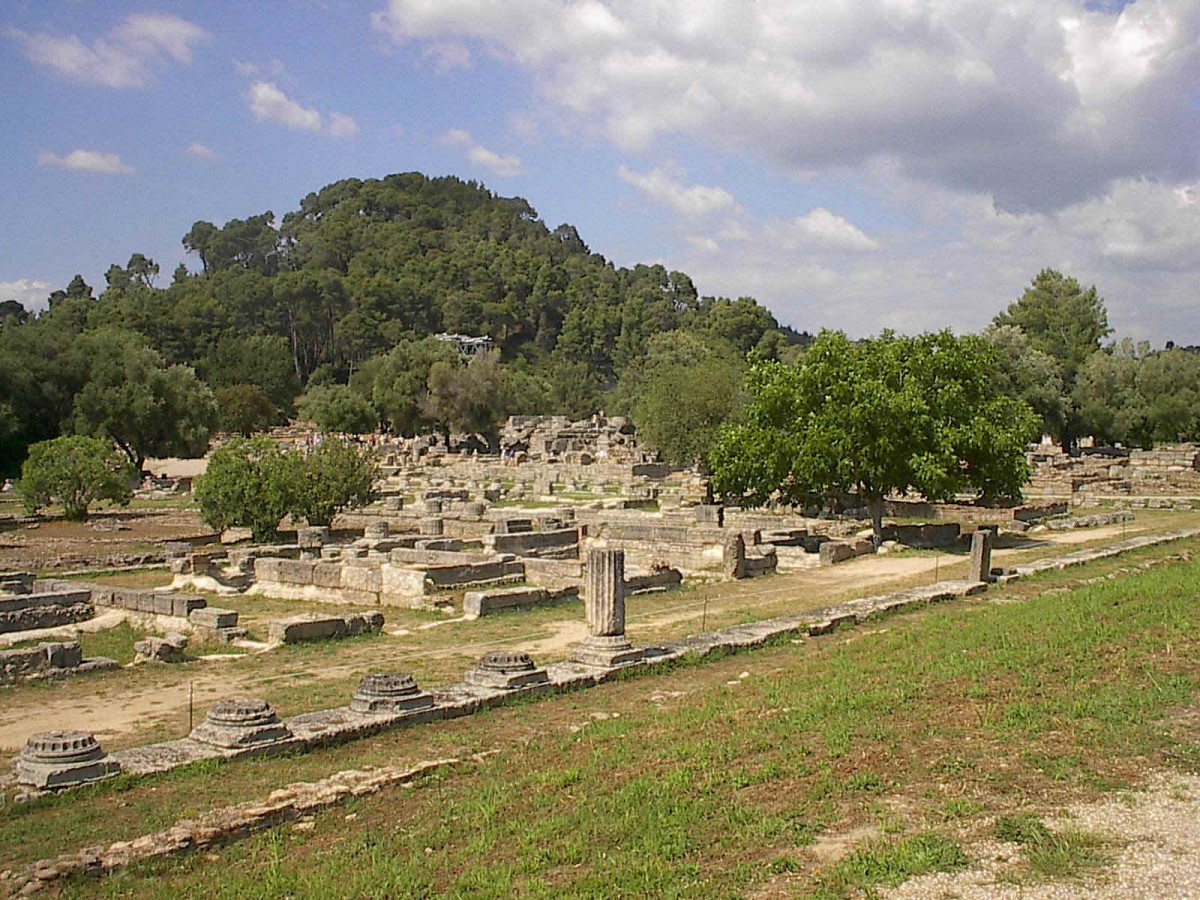 50-70 m of the Gymnasium are expected to be revealed

The face of global symbol and most sacred place of ancient Greece, Ancient Olympia, is changing, after the decisions made by the Central Archaeological Council (KAS) about the excavations in the area and the approval of proposed studies.

The project which was unanimously approved by the members of KAS is structured in three parts:

-Unearthing and enhancement of the East Arcade of the Gymnasium (new entrance and facilities for audience services).

-Conservation of the retaining wall of the Treasuries.

-Conservation of the excavation slopes at the Sanctuary of Demetra Chamyne.

The three proposals are expected to make the site more inviting to visitors.

In the northwestern part of the Sanctuary, next to the river bed of Kladeos River, lies the Ancient Gymnasium of Olympia. In this area, a traffic calming road for pedestrians and bicycles will be constructed, while dredging works are expected to reveal 50 to 70 m of the Gymnasium. Until now, visitors could only see part of the monument, as its west wing was swept away by the Kladeos River.

The Ancient Gymnasium is located within the same building complex as the Palaestra, where according to historians athletes practiced track and field and the pentathlon.

The Gymnasium was first built in the Hellenistic period. The surviving structure dates to the 2nd century BC. It was a large quadrangular building, with a central court enclosed by Doric stoas, and a series of rooms at the west wing for the athletes. The spacious court, approximately 220 metres long and a 100 metres wide, was used to practice the javelin and discus.

Demetra Chamyne (meaning “seated on the ground”) is an old chthonic deity, whose Sanctuary was found in 2007 along the road crossing the site of Olympia.

The ruins of the Sanctuary were located during a rescue excavation which was conducted before the construction of rainwater pipes, 150 m from the building of the International Olympic Academy. Clay and bronze objects, and figurines, some inscribed, have come to light during the excavations at the Sanctuary. The most important of them was a figuring with an inscription mentioning Demetra and Kore (Persephone), and the king of the Underworld, Hades.

The Olympic Games were part of the goddess’s cult, and Demetra’s priestess was the only woman allowed to watch the games, seated beside the stone altar of Demetra Chamyne at the left side of the stadium.

In addition, the entrance to the archaeological site is expected to be placed further to the east. Among other changes, the canteen will be closed, and a refreshment room will be housed in the building of the museum shop of the Organization for the Promotion of Greek Culture (OPEP). Also, the storage rooms of the German Archaeological Institute will be closed. All these projects are focused on making the area more welcoming to visitors.