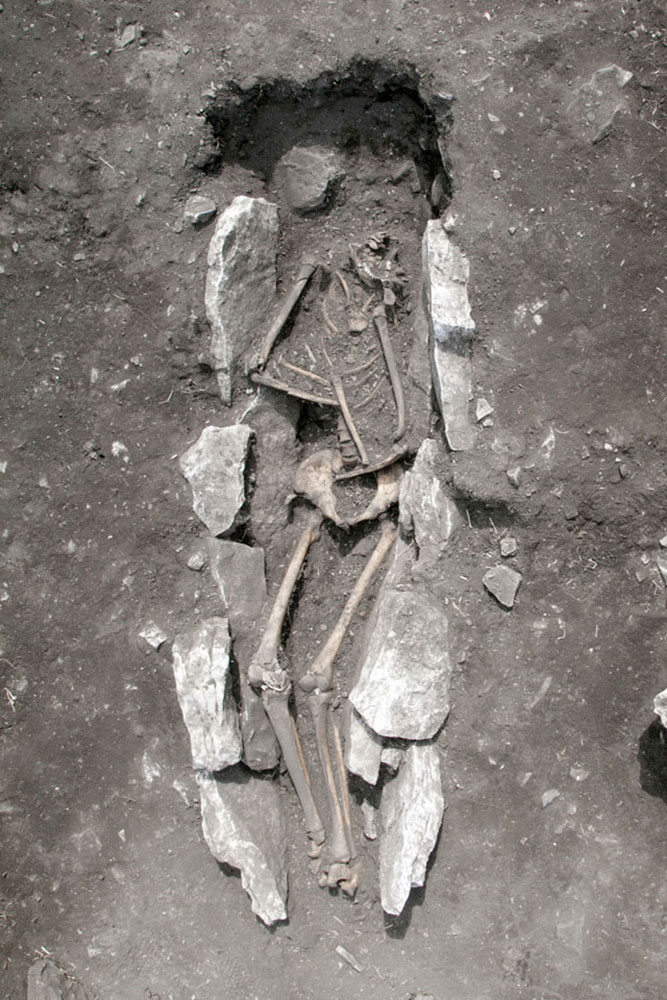 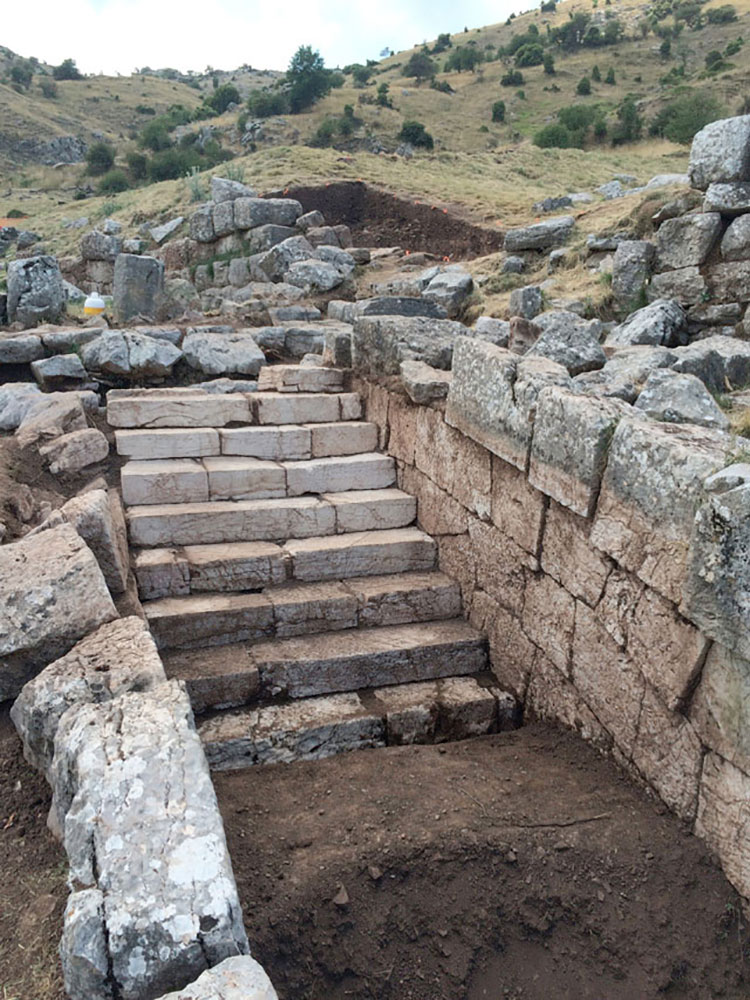 Human burial found in the middle of the altar at Mt. Lykaion

How did this person possibly die?

Human burial found in the middle of the altar at Mt. Lykaion sanctuary. New and highly important data came to light during this year’s excavations at the sanctuary of Zeus in Mt. Lykaion, in the southwestern tip of Arcadia, where, according to the local tradition Zeus, king of the gods, was born and brought up.

The “ash altar”, made to host animal sacrifices honoring Zeus, has been located on the Mountain’s southernmost peak, at an altitude of nearly 1,400 m. offering panoramic views across the mainland Peloponnese, while monumental buildings belonging to the “lower sanctuary”, have been located on a lower plateau, where athletic games called the Lykaia were taking place in antiquity. The Greek –American collaborative archaeological research project taking place on the site since 2004, has yielded new important information on the altar. Pottery from within the excavation trenches certifies humans were active on the hill as early as the Neolithic period and during the Early and Middle Bronze Age. During the Mycenaean period the hill emerges as an important sanctuary and remains a place of worship during the early historical times. The animal sacrifices in honor of Zeus, mainly goats and sheep, indicate continuous religious activity on the altar already in the 16th century B.C. and up to the Hellenistic period.

In the summer of 2016, a human burial with an East-West orientation was found and excavated in the middle of the altar and next to a platform carved into the rock. The skeleton, in the supine position and in excellent state of preservation, was deposited in a narrow trench, created within the embankments of the ash and burnt earth. The skull of the deceased is missing, although the lower jaw is preserved. The narrow trench was lined with carefully carved stone slabs on the north and south side, while the eastern and western limits of the trench lacked any tiling or coating. The deceased’s pelvic area was covered by slabs. The tomb is overall 1.52 m-long. According to the preliminary study, the skeleton probably belongs to an adolescent male. Pottery found during the excavation is dated mainly at the end of the Mycenaean period, indicating that the burial probably belongs to the 11th century. BC, after the collapse of the Mycenaean palaces, in the period of transition from the Late Bronze Age to the Early Iron Age, at a time when the altar was in operation.

From the 4th century B.C. onwards, written sources mention human sacrifices on the altar of Lykaion Mountain but, till now, no human bones had ever been revealed during excavations in the area. The study of the skeleton is in progress but, despite the fact that it is still too early to draw conclusions about the circumstances that led to the deceased’s death, the burial’s prominent position in the middle of the altar and its orientation, certainly demonstrate its importance.

Excavations were carried out this year at the lower sanctuary too. Among the most important new elements it is worth mentioning a monumental staircase and an impressive apsidal entrance flanking the two ends of a 4th century B.C. corridor, where athletes apparently approached the hippodrome and the stadium. In the administrative building-known previously as xenonas- a large clay sima was found. Within a circular natural formation (visible on Google Earth) which has been located West of the stoa and East of a fountain, excavators brought to light two well-preserved pipes, one stone basin and traces of a wall, possibly from a sanctuary of Pan which is documented in sources but is not yet located. Within the hippodrome the revelation of the ancient deck continued, while research in the 4th c. B.C. bath area of revealed remains of earlier phases of construction. Excavations at the sanctuary will continue until 2020.

The Mt. Lykaion research program is a Greek-American cooperation under the auspices of the Ministry of Culture and Sport and the American School of Classical Studies. Co-director of the project is Dr. Anna Vasiliki Karapanagiotou, Head of Antiquities Arcadia, and Dr. David Gilman Romano and Dr. Mary E.Voyatzis from the University of Arizona.