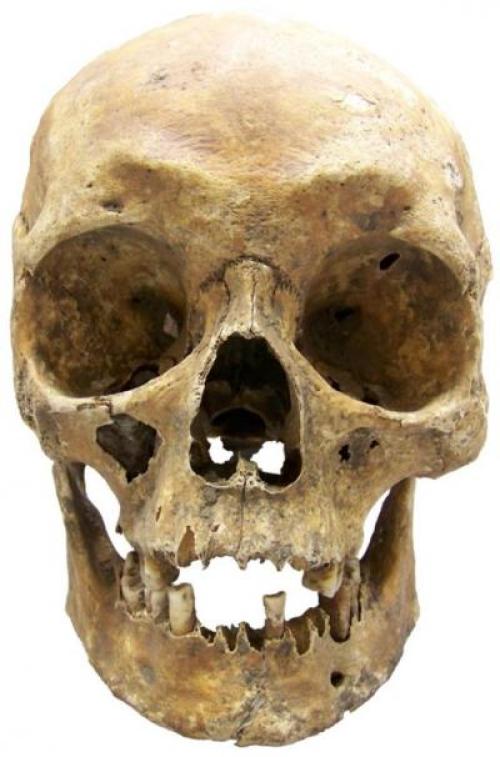 Hair and Eye Colour Can Be Determined for Ancient Human Remains

A team of researchers from Poland and the Netherlands, who recently developed the HIrisPlex system for forensic analysis, have now shown that this system is sufficiently robust to successfully work on older and more degraded samples from human remains such as teeth and bones. The system looks at 24 DNA polymorphisms (naturally occurring variations) which can be used to predict eye and hair colour.

Dr Wojciech Branicki, from the Institute of Forensic Research and Jagielonian University, Kraków, who led this study together with Prof Manfred Kayser, from the Erasmus University Rotterdam, explained, «This system can be used to solve historical controversies where colour photographs or other records are missing. HIrisPlex was able to confirm that General Wladyslaw Sikorski, who died in a plane crash in 1943, had the blue eyes and blond hair present in portraits painted years after his death».

For medieval samples, where DNA is even more degraded, this system was still able to predict eye and hair colour (for the most degraded DNA samples eye colour alone), identifying one mysterious woman buried in the crypt of the Benedictine Abbey in Tyniec near Kraków, sometime during the 12th-14th centuries, as having dark blond/brown hair and brown eyes.