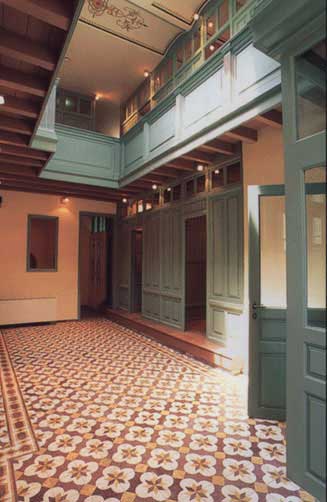 Fifty artists inspired by the myth of Aphrodite

Bath-House of the Winds

“The Museum of Greek Folk Art has a huge potential, due to its collections, but hasn’t been able to show it to the audience until now. Our aim is that museum becomes more extrovert and that it redefines its role in the local community” said Elena Melidi, director of the Museum in a press conference about the events organized in the Bath-House of the Winds.

More than 50 artists from Greece and abroad, inspired by the myth of goddess Aphrodite, present their works of art by using various expressive tools, such as words, chisels, notes, even pixels.

The exhibition “Aphrodite 2012: Sacred and Profane Purifications” shown in the Bath-House of the Winds, annex of the Museum of Greek Folk Art, is held under the auspices of the Ministry of Education, Religion, Culture and Sports, and will run until April 30.

The exhibition is enriched with literary soirées, where texts on relative subjects are read by the writers themselves or by actors on Sundays. On Saturdays, Greek musicians, composers and singers present melodies from antiquity to the Baroque period, rebetiko, folk music of Epirus, American blues and Portuguese fados.

The events surrounding the exhibition also include theatrical performances and screenings of films in the Greek Film Archive.