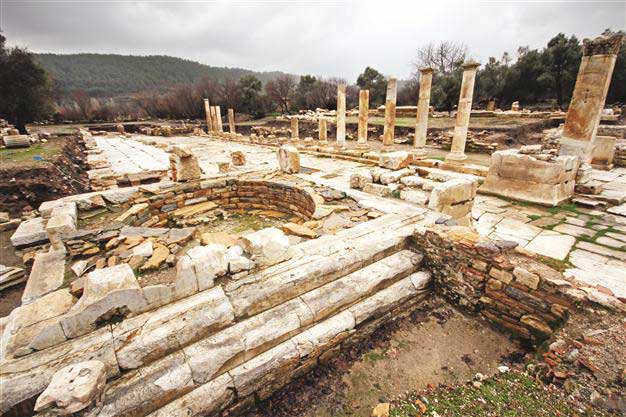 The ancient Hellenistic city of Stratonikeia, today in Turkey’s western province of Mugla’s Yatagan district, is expected to be inscribed on the temporary list of UNESCO world heritage sites.

According to head of excavations at the ancient city and Pamukkale University Professor Bilal Söğüt, significant artefacts are being revealed every year at the site. During the 2012 excavations, 725 artifacts have been unearthed, the professor said. “This is a living archaeological city. It is unique. There is no other city where structures have survived as a whole since the ancient period. This is why the city should be listed as a cultural heritage site. We will finish the work this year and deliver the necessary forms to the General Directorate of Museums.”

50 academics and students from eight universities as well as 40 workers participated in the latest excavations of the ancient city. Apart from the new artefacts which came to light, structures from different periods were restored for visitors, and all objects have been conserved and restored. The artefacts were then transferred to the Mugla Museum. The team has also conducted conservation works in the ancient theatre, the gymnasium, the Basilica, the tombs and the city walls.