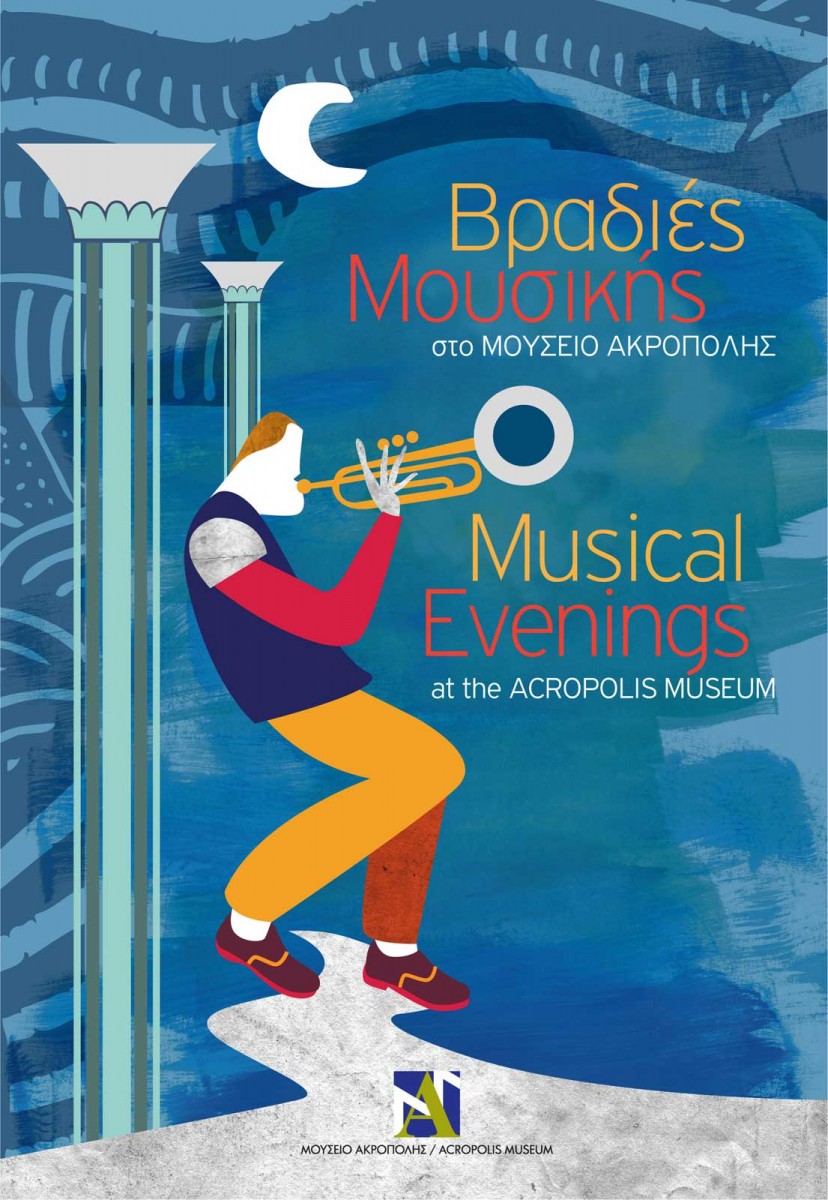 Musical Evenings at the Acropolis Museum

From 15 February 2013 to Easter, the Acropolis Museum presents a series of performances with music groups from across the world, giving its visitors the unique opportunity to tour the archaic exhibition, while enjoying this diverse music program from the second floor balcony that overlooks the Archaic Gallery:

Friday 15 February 2013, at 7 p.m., ‘Traditional Songs of Ireland’: A musical encounter with songs of Ireland; a country with a great musical tradition. Songs will be sung in both Irish and English, addressing themes of love, migration, country life and happiness. Performance: Labri Giotto (piano, vocal) and George Tsimbouksis (guitar).

This musical event is held with the kind support of the Embassy of Ireland in Greece, on the occasion of the Irish 2013 Presidency of the Council of the European Union.

Friday 1 March 2013, at 7 p.m., ‘Claude Debussy: the poet of modernism’: Written between 1909 and 1913, the two books ‘Preludes for piano’ by Claude Debussy invoke the disturbed emotional climate that dominated Europe prior to the First World War. The 24 Preludes which remain ‘modern’ until today paved the way for music composers of the 20th and 21st centuries. 22 new works by contemporary composers, including G. Pesson, P. Hersant and T. Escaich were written specifically for the 150th anniversary of the birth of Debussy. Performance: Hugues Leclère (piano).

This musical event is presented in cooperation with the French Institute of Greece, on the occasion of the ‘Focus Contemporary Music’ program.

Friday 15 March 2013, at 7 p.m., ‘Musical Masterpieces from Poland’: Romantic melodies from some of the most significant composers of Poland, including Chopin, Lutoslawski, Moniuszko, Tansman, Dobrzynski, Penderecki and others. Performance: Iwona Glinka (flute), Dionyssis Mallouhos (piano) and Klaudia Delmer (vocal).

This musical event is held with the kind support of the Embassy of the Republic of Poland.

This musical event is held with the kind support of the Embassy of Spain in Athens.

Friday 26 April 2013, at 7 p.m., ‘The Flute of Pan: Greek antiquity in French romanticism’: Pan’s form arises from Greek mythology as do various other forms from antiquity, identifiable in all over Europe. In France, Pan’s form is seen in the music of many composers such as Debussy, Satie, Marc, Mouquet and Roussel. Performance: Petros Stergiopoulos (flute) and Anastasios Strikos (piano).

Every Friday, the Acropolis Museum remains open until 10 p.m. and the restaurant is open until 12 midnight with a special menu based on classical and traditional recipes, giving particular emphasis on local products from regional Greece.