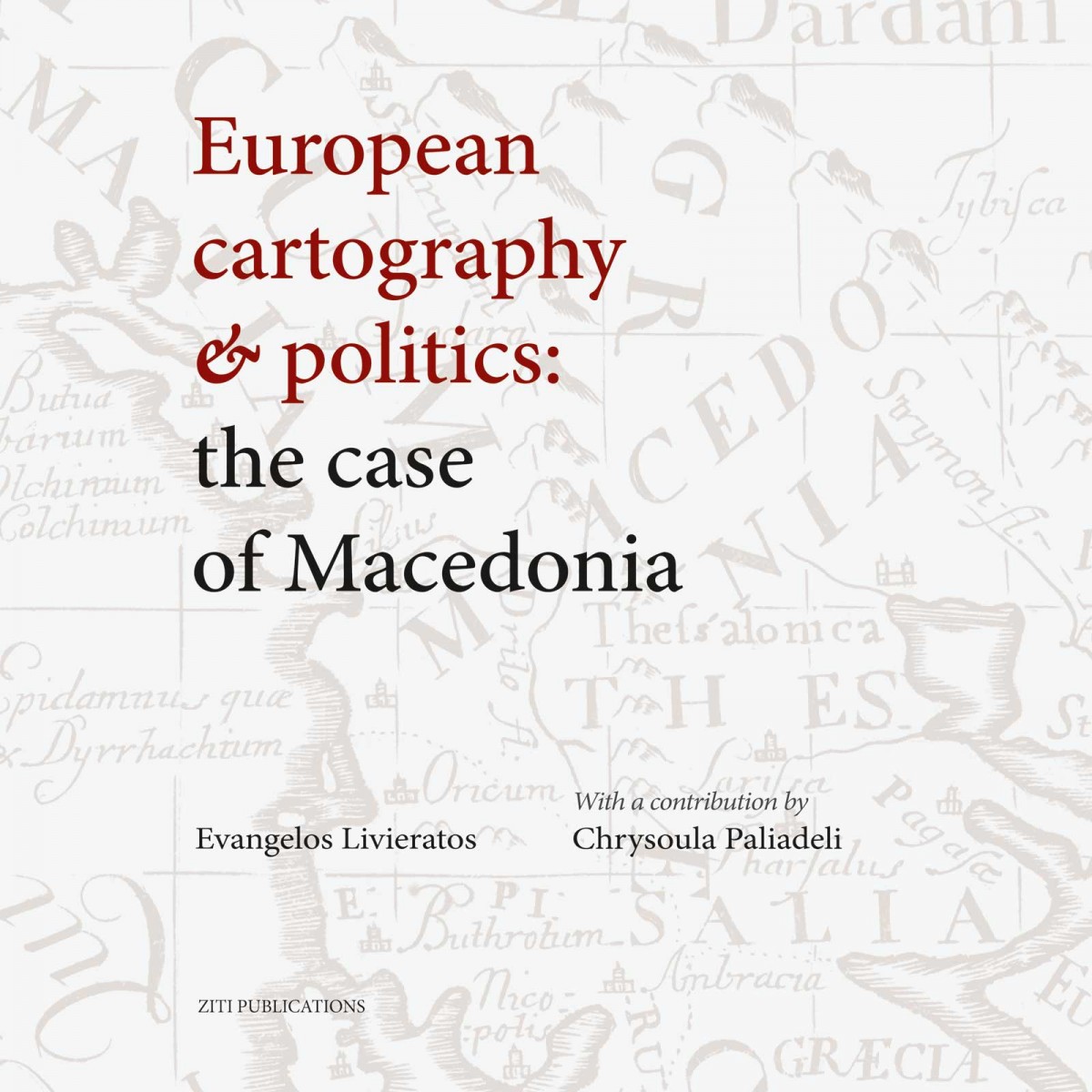 Evángelos Livierátos, European Cartography and Politics: The Case of Macedonia: From the 25 Centuries of European Cultural Tradition to the Century of Transformation, with a contribution by Chrysoula Paliadeli, Ziti Publications, Thessaloniki 2012, 141 p., ISBN 978-960-456-372-2. Language: English

A series of historical maps depicting the history of the land of Macedonia from antiquity up until the early 19th century which sheds new but scholarly light on an international discussion that seems to be poorly informed on the complex issues involved.

As Dr. Chrysoula Paliadeli writes in the preface of the book: “The discerning readers of this publication will have at their disposal a complete picture of how the region of Macedonia was represented on maps in the twenty-five centuries of European cartographic tradition and how its name was placed on those maps. This picture, plus the overview provided of the additional century of ethnographic mapping, will enable the reader to follow the cartographic history of Macedonia as a whole.”

The aim of this book is that “it will be of help to those who wish to approach the delicate present-day state of the Macedonian Question through the medium of maps. It is hoped that the book will be instructive for those who have little or no knowledge of the dispute over the use of the geographic term «Macedonia» and the spatial definition of its territory, and also attractive to people who simply love maps, of whom there are, fortunately, many!” (Preface, Chrysoula Paliadeli)

Chrysoula Paliadeli, Professor of Classical Archaeology, and Member of the European Parliament, has for almost a lifetime been excavating the territory where the ancient Macedon kingdom first took shape.

Evangelos Livieratos, Professor of Geodesy & Cartography at the School of Surveying Engineering, at the Aristotle University of Thessaloniki, is an internationally reputable expert in cartographic heritage.