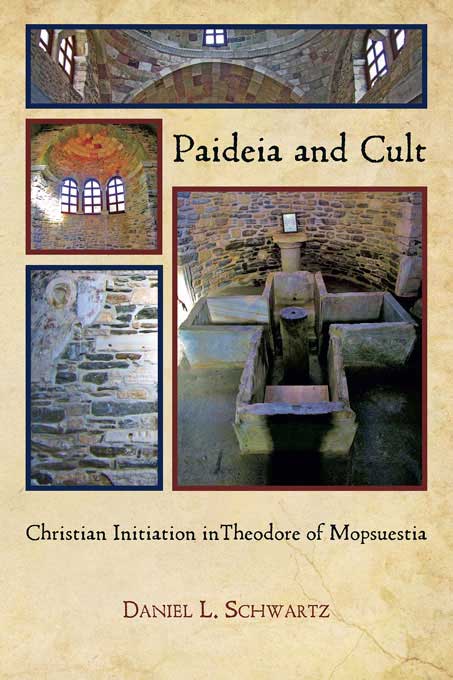 Christian Initiation in Theodore of Mopsuestia

The Center for Hellenic Studies announces the publication of Paideia and Cult: Christian Initiation in Theodore of Mopsuestia by Daniel L. Schwartz.

Paideia and Cult explores the role of Christian education and worship in the complex process of conversion and Christianization. It analyzes the Catechetical Homilies of Theodore of Mopsuestia as a curriculum designed to train those seeking initiation into the Christian mysteries. Although Theodore gave considerable attention to teaching creedal theology, he sought to go beyond simply communicating information. His catechetical preaching set the teaching of Christian ideas within the context of religious community and ritual participation. In doing so he sought to produce a Christianized view of the world and of the convert’s place in a community of worship. Theodore’s attention to the communal, cognitive, and ritual components of initiation suggest a substantive understanding of religious conversion, yet one that avoids an overemphasis on intellectual and psychological transformation. Throughout this study catechesis emerges as invaluable for comprehending the ability of clergy to initiate new members as Christianity gained increasing prominence within the late Roman world.

Daniel L. Schwartz is currently an Assistant Professor in the History Department at Texas A&M University.