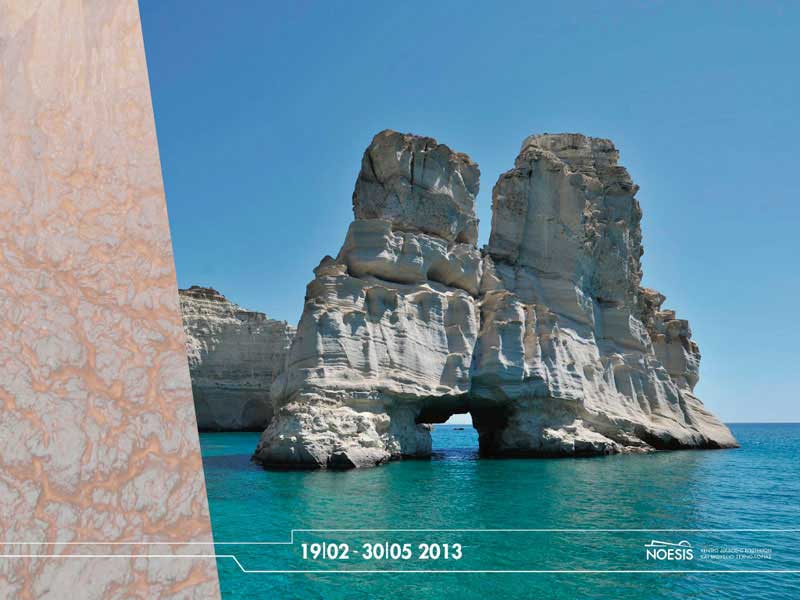 Aegean – Birth of an Archipelago

At the Science Centre and Technology Museum NOESIS, Thessaloniki

This original exhibition is organized by the Science Centre and Technology Museum NOESIS at Thessaloniki. It will be on display from February 19 to May 30. Subject of the exhibit is the creation and the geohistorical evolution of the Aegean Sea during the last 150 million years.

The birth of the Aegean archipelago is eloquently illustrated by audiovisual interactive presentations, rich photographic material and unique exhibits.

Furthermore, two pieces of volcanic ash “rock” with numerous fossil leaves narrate stories of the volcanic eruptions in the Aegean. The first comes from Sigri (Lesvos) and the second from Santorini.

The main section of the exhibition, entitled “Recollections of Gaia: from the Tethys Ocean to the Aegean Archipelago”, examines the geological history of the region from the vast Tethys Ocean till today. The second section, In the islands of Hephaestus and Poseidon focuses on volcanic activity which gave birth to the unique and diverse formations of the region. The third section, Gaia: from Myth to Science, follows the trail of the region’s vast biodiversity during the last 150 million years.