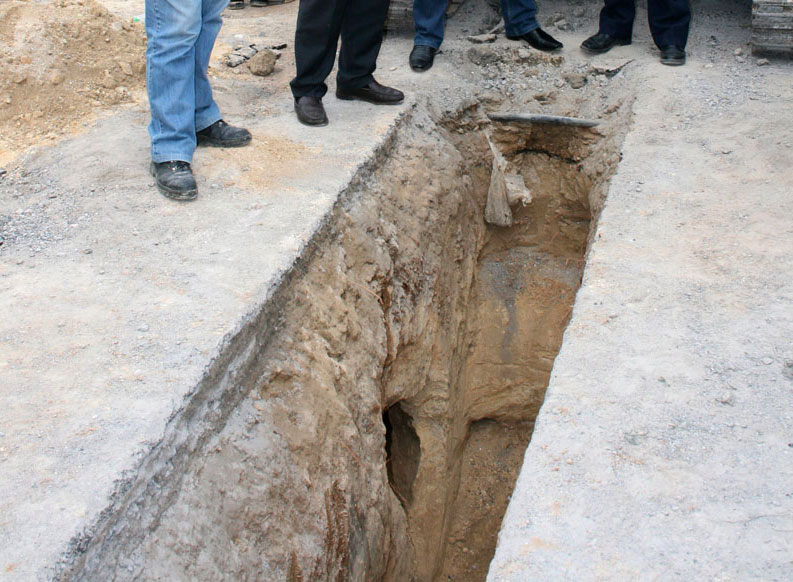 A tomb of the Geometric Era has come to light in Kavrochori, a village near Heraklion of Crete, belonging to the Malevisi Municipality, during works for the construction of a biological cleaning unit.

More precisely, during the cutting of the last part of the pipes for the network of the unit, the excavators revealed a small cavity, which turned out to be an ancient tomb. The archaeologist in charge, A. Lyrintzis stopped the excavators and notified the 23rd Ephorate of Prehistoric and Classical Antiquities.

The tomb, which is estimated to date back to the 9th century BC, belongs to the group burial category. More than 10 pots were found within the tomb, many of which contained skeletal remains. The most significant finds were a cinerary urn and an exquisite oinochoe.