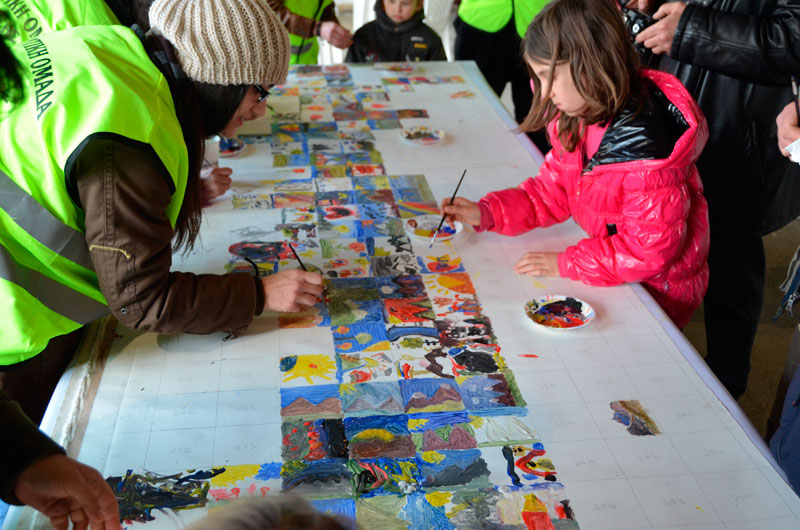 A large painting drawn by 300 pupils of primary schools will be photographed and sent to 300 cities in 30 countries all around the world, to support the claim of extending the boundaries of the Mount Olympus National Park and its inclusion to the monuments of UNESCO’s World Heritage List.

The action took place in the courtyard of the Tobacco Station Katerini, in the framework of the international festival “Grito Rock – Thessaloniki Olympos 2013”, organized by the voluntary action group of South Pieria and the Médecins du Monde (Doctors of the World).

The canvas is divided in 300 squares, which symbolize the 300 cities participating in the festival. Each pupil made his own drawing in a square of 10×10 cm, and depicted its own message about Olympus.

“The aim of the group is to digitize the painting and send it to 300 cities, which will participate in the vote via the Internet, thus supporting the extension claim of the boundaries of Mount Olympus’ National Park and its inclusion to the UNESCO world heritage sites. We are trying to collect signatures so that the Ministry of Culture will start the procedure for the candidature of Olympus” said to AMNA Ilias Tsolakidis from the voluntary group of S. Pieria.