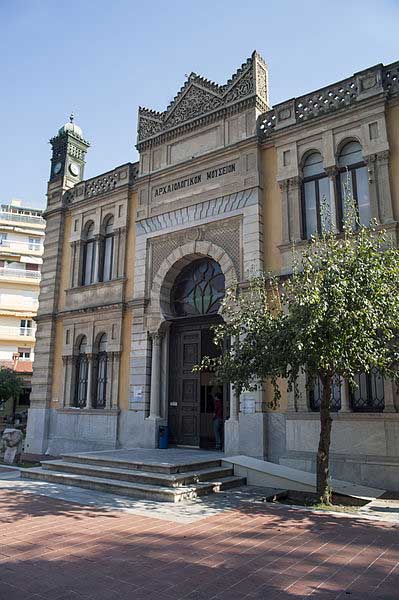 The Yeni Mosque in Thessaloniki

A place for prayer after 90 years

The Yeni Mosque has become a place for prayer again, after 90 years of serving as a museum and an exhibition centre. It is a unique monument of the Donmeh community (a group of crypto-Jews in the Ottoman Empire and present-day Turkey who openly affiliated with Islam and secretly practiced a form of Judaism called Sabbateanism), a cult tradition typical for Thessaloniki’s historical background.

A few days ago, the Camii was visited by 50 pupils of the Minority Religious School of Komotini (Madrasah of Komotini, Meionotiko Ierospoudastirio Komotinis), accompanied by their teachers. There they were welcomed by the Mayor of Thessaloniki, Yannis Boutaris. The pupils took a tour in the building, and then conducted the midday prayer.

Mr. Boutaris had the chance to talk with the visitors and confirm the policy of promoting Thessaloniki internationally, by enhancing the full spectrum of its historical and cultural heritage. He also referred to similar events in Orthodox monuments in Turkey, initiated by the Ecumenical Patriarch Bartholomew.

The Yeni Mosque (New Mosque,Γενί Τζαμί, Geni Tzami) was built by Italian architect Vitaliano Poselli in 1902 for the city’s Donmeh community. However, when the Donmeh left the city during the population exchange between Greece and Turkey ιν 1922, it was used to house the Archaeological Museum of Thessaloniki (from 1925 until 1963). Since then it has served as an exhibition center.

The building combines the Islamic traditional architecture with features common at the time (eclectic elements that the architect also used in numerous other buildings preserved in the city, e.g. the old building of Faculty of Philosophy, the Allatini villa etc.)

In its courtyard, a rich collection of marble sculptures can be seen, dating from the Roman era and the Early Christian time (sarcophagi, funerary sculptures, reliefs, honorary and funerary stelae etc.)