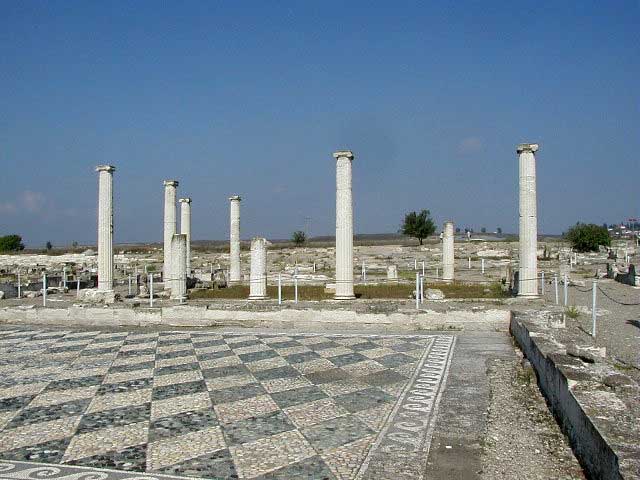 Excavations in Pella to be continued

Central Archaeological Council has given the "green light"

The excavations conducted at the ancient Agora of Pella, the city of Philip and Alexander, will continue under the direction of Professor of Classical Archaeology at the Aristotle University of Thessaloniki Ioannis Akamatis, as the Central Archaeological Council has given the “green light” to the request of the University’s Archaeology Department.

The new surveys, which will last from 2013 to 2017, will focus on the southern side of the Agora, the northern Stoa, the central courtyard and the eastern wing, and aim to investigate the architectural structures, the location of possible previous building phases and the formulation of the final proposal about the building of the Agora. Also, works will be conducted for the graphic reconstruction and the building of a three-dimensional model of the complex, the restoration, registration, drawing and enhancement of the finds will be continued, and the anthropological material will be investigated, as well as the material of bone, stone and metal small objects.

In an area of 70,000 square metres, the building complex of the ancient Agora, which flourished in Hellenistic times, housed the biggest part of the production activities of Pella in various workshops – ceramic workshops, workshops of koroplastic art, of the production of food, procession of metals and perfumery. Also shops, administration buildings, and the city’s archive, where clay sealings for papyri were found.

The excavations of 2012 were conducted in the northern and eastern Stoa, in the central courtyard and the area of the public archive of Pella, where a church-like rectangular building was located. One of the aims in 2013 is to further investigate the temple and restore the architectural form and the finding of the deity worshipped in it.

Furthermore, during the excavations in 2013 many coins were found, some silver, and a great number of clay and storage vessels, many of which have stamped handles. Also, many figurines, lamps and metal objects were found, among which an iron cheek-piece.