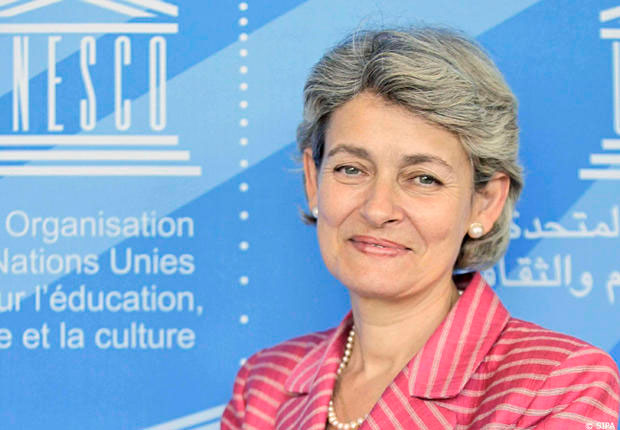 “The World Heritage List is not a beauty contest”

“Cultural heritage is not just stones or natural beauties, but brings values and ideas of different cultures and civilisations, which is needed more than ever today”, Director General of UNESCO Irina Bokova stressed in an interview with the Slovenian Press Agency STA.

Mrs. Bokova, who is in Slovenia for the meeting of the Council of Ministers of Culture of South-East Europe, has expressed her belief that political will is very important for the preservation of cultural heritage.

She also said that globalization exerts more pressure with modernism, but, “on the other hand, it is important for us to know where we come from”.

As an excellent example of common history, heritage and knowledge and their exploitation in order to bring people closer together, Mrs. Bokova mentioned the exhibition “Imagining the Balkans. Identities and memory in the long 19thcentury”, inaugurated at the Ljubljana National Museum.

Mrs. Bokova also stressed that if a monument or a site is registered on the World Heritage List then it receives international recognition. Its inclusion to the list shows its outstanding universal significance. At the same time, tourism is being encouraged. Every registration brings a growth of 40-50% in tourism. In parallel, however, special attention should be given to the pressure caused by the increased number of tourists and a sustainable management of the sites is needed, warned Mrs. Bukova.

The list of World Heritage Monuments is not a beauty contest. The main goals of the Convention of the World Cultural Heritage are the protection and preservation of monuments, Mrs. Bokova pointed out. There are sites in danger because of climate changes, natural disasters or conflicts. These sites have been included to the list of endangered monuments, e.g. those of Mali and Syria.