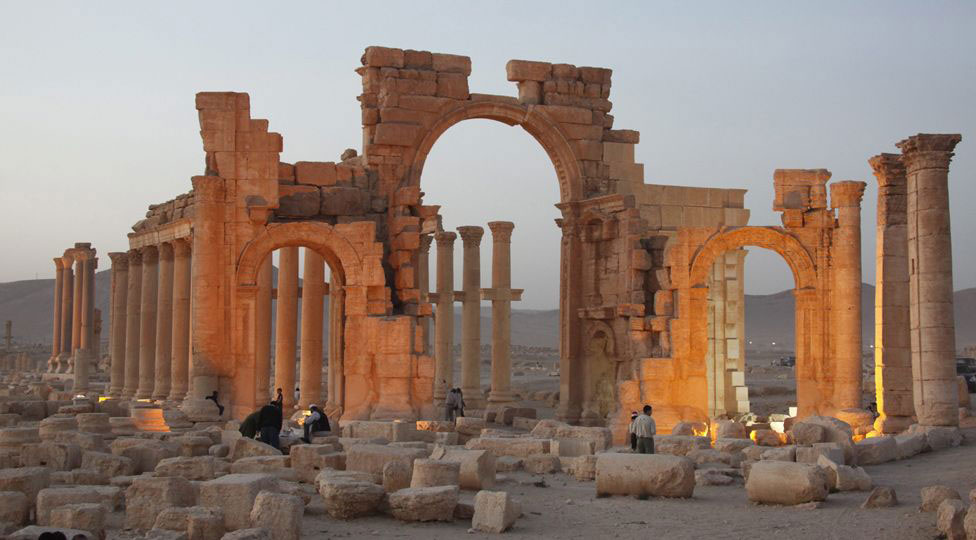 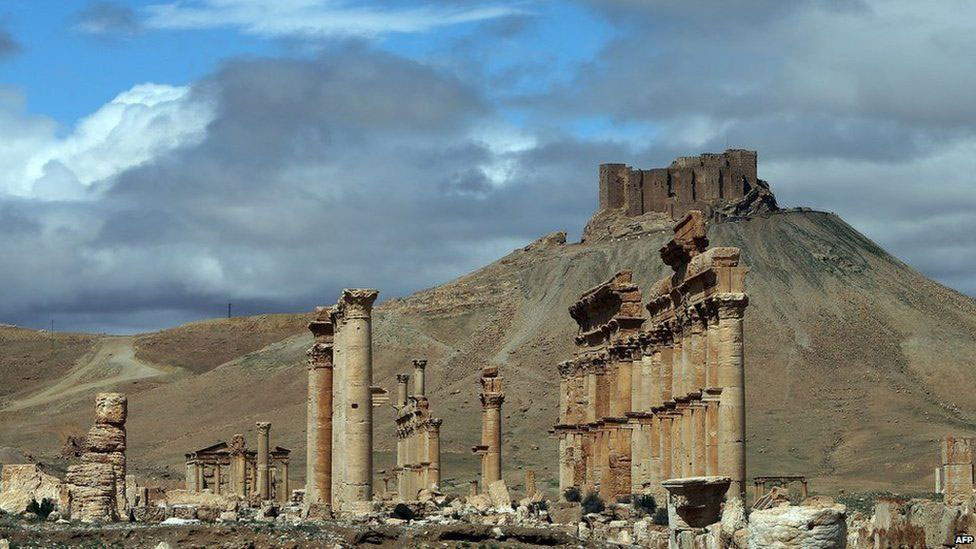 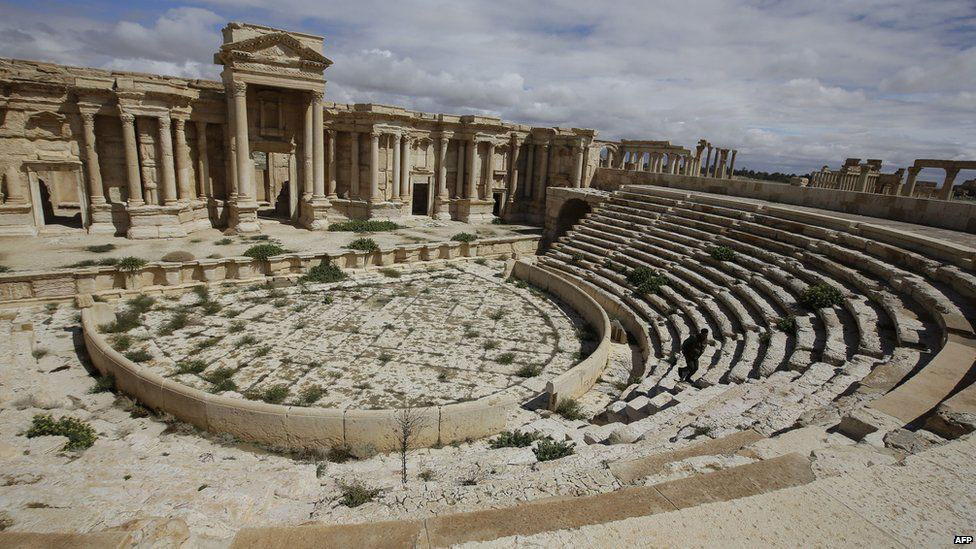 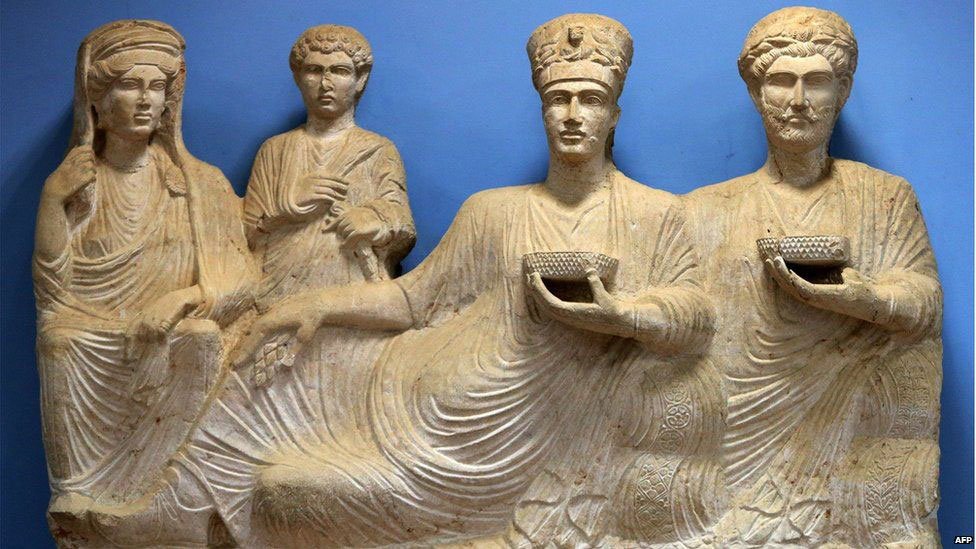 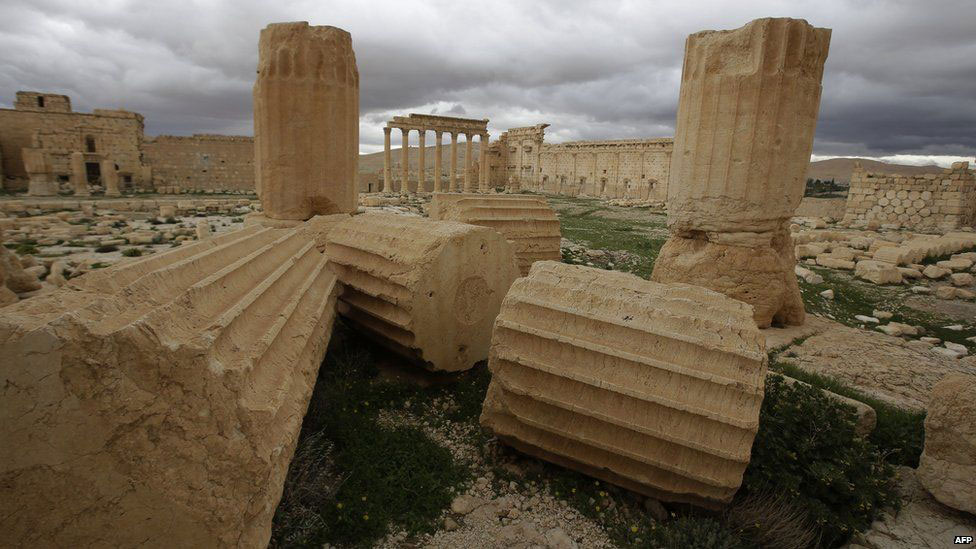 As they approached the ancient city of Palmyra

Another cultural heritage site faced the threat of being destroyed by IS troops last weekend. The extremists were on the outskirts of the ancient site of Palmyra, less than two kilometres from the Roman remains, attacking from the desert. After the destruction of antiquities at the Mosul Museum and the sites of Nineveh, Hatra and Nimrud, now Palmyra is under threat by the Islamic State militia. The troops seem to have withdrawn for the time being, but the potential hazard still lingers above the ancient remains.

Palmyra, an oasis in the Syrian desert, contains monuments and ruins of a great city. It was influenced by several civilizations and was one of the most important cultural and trade centres of the ancient world with international historical significance today. A watering place on a trade route from the east the ancient city’s history starts as early as the 1st century BC. Its temples and colonnaded streets mark a unique blend of Graeco-Roman and Persian influences. Palmyra soon became a cultural center creating its own artistic style and identity. A very large part of the site remains unexcavated, but not too deeply which makes it easy to loot if not properly protected.

The site has been a Unesco World Heritage site of “outstanding universal value” since 1980. Unesco’s director general Irina Bokova called for the “immediate cessation of fighting” around Palmyra.

Last week, Rami Abdel Rahman, director of the Syrian Observatory for Human Rights clearly stated that “Palmyra is under threat”.

The international community is deeply concerned with the threat to the site but it is difficult for them to “mobilise before, not after, the destruction of the artefacts”, a call by Maamoun Abdulkarim, head of the Syrian government antiquities service.

Palmyra antiquities, and the Temple of Baal in particular, were damaged in 2013 during clashes between Assad’s government forces and Rebels, mainly from shelling and gunfire exchanged by both sides.

The advance of the IS troops came while an international conference was conducted in Cairo to address the destruction already wreaked by Isis on the ancient sites of Nimrud and Hatra in Iraq. Foreign affairs and antiquities officials from 11 Arab countries gathered in Egypt, but according to  Syrian Antiquities director Mamoun Abdulkarim Syria had not been invited to the conference. He told AFP that antiquities officials would try to ensure the safety of artefacts found in archaeological digs over the years, which are housed in an adjacent museum.

A monitoring group and Syrian officials say that now IS militants have been pushed back from the nearby city of Tadmur. But the site is near Homs and Damascus, as well as to gas fields and a major airbase. Taking that into consideration and the fact that IS seeks to draw the attention of the West by attacking cultural heritage sites, it remains to be seen whether it is actually safe.