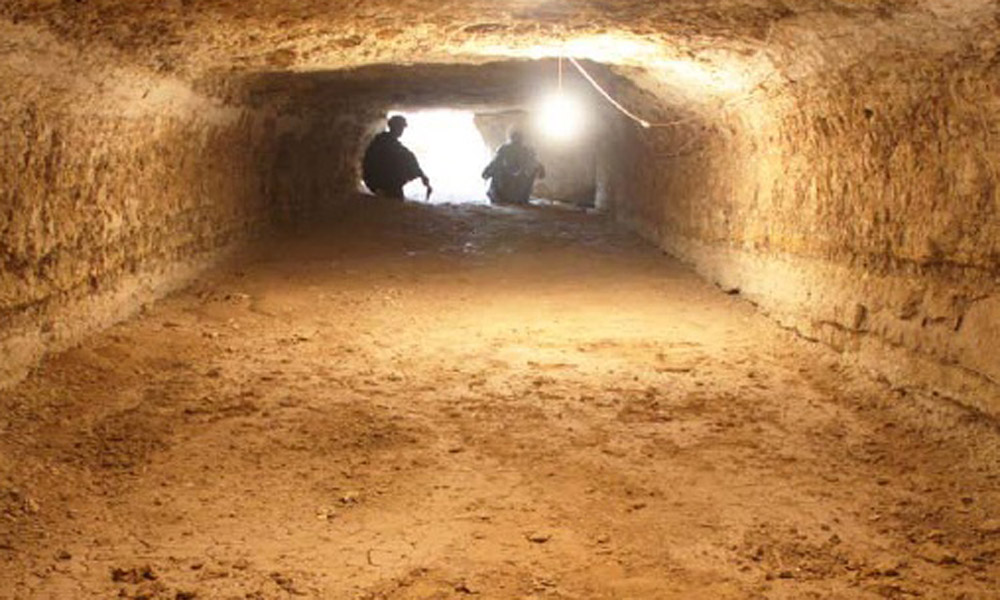 At Wadi el-Jarf, south of Suez

A team of French and Egyptian archaeologists in Egypt has unearthed what is believed to be the world’s most ancient harbour alongside papyri and artefacts related to maritime activity dating to the third millennium BC, the Egyptian government said on Thursday.

The site yielded the remains of houses for ancient port workers and 30 caves whose entrances were closed with stone blocks bearing inscriptions of King Khufu, the Great Pyramid builder. A collection of stone tools used for cutting ropes and some wooden remains and ropes were also discovered at the site, while a collection of papyri are to shed light on this early period of maritime trade activity on Egypt.  Stone anchors marked with ropes used to tie ships inside the port waer also found.

“The port of Wadi el-Jarf located on the Red Sea. 180 kilometres south of Suez dates to around 2,600 BC and the reign of King Khufu […]. The papyri, which provide detailed accounts of daily life and traditions at the time of the Old Kindgom, are considered the oldest ever found”, Egypt’s minister for antiquities Mohammed Ibrahim said in a statement.

The site is seen as one of the most important ancient Egyptian ports, since it used to be a trade centre for copper and other minerals coming from the Sinai peninsula. As for the papyri found, they are currently being studied by experts at the Suez Museum.