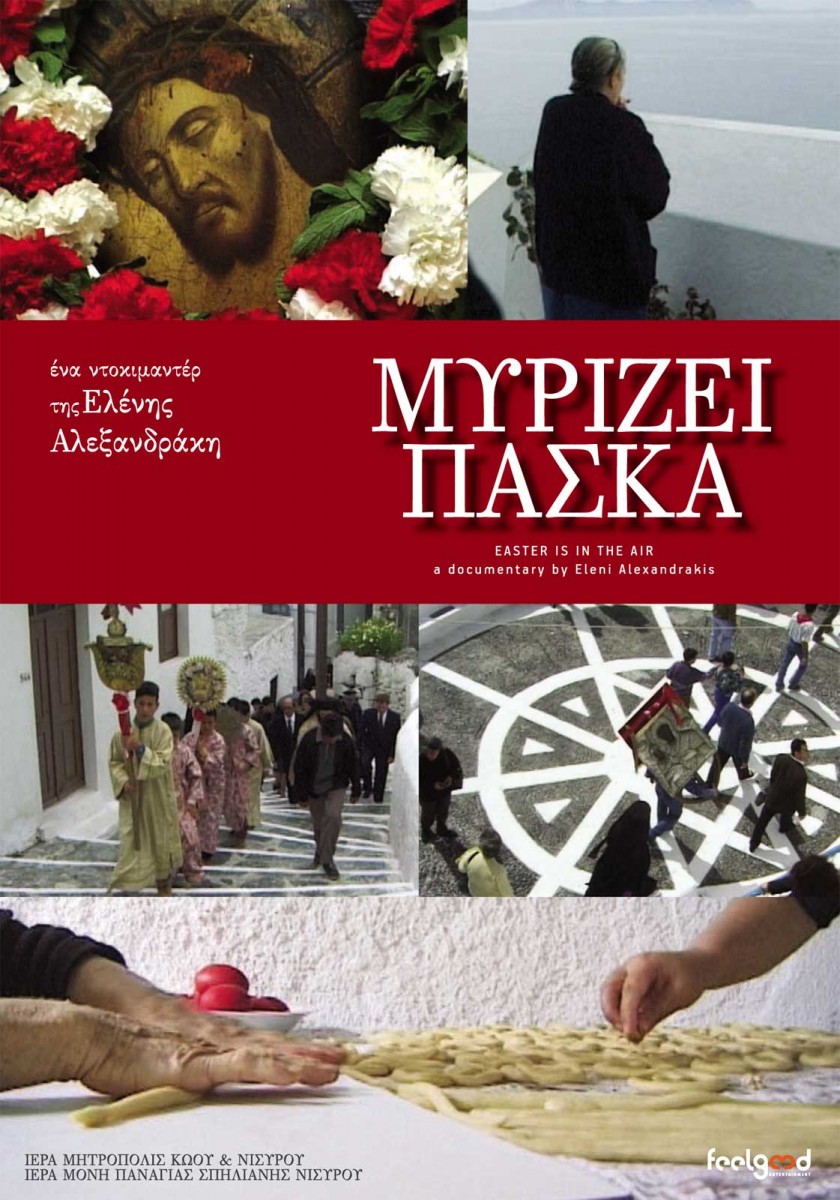 Easter is in the air

In 1999 the director Eleni Alexandrakis shared with the Nisyrians the Lent, the Holy Week, and the Easter Week. As she says, this was an important experience for her. “On this small island I found a real community which managed to survive due to the faithful keeping to its traditions. Through this particular holy period I became aware of a very special aspect of Orthodoxy according to which, the Holy and the Human element blend together in the most natural way. I saw Virgin Mary and Jesus Christ becoming, entirely by their own powerful presence, the leading Characters of the human ‘story’ narrated in this film”.

Through this documentary, the director has “tried to look at the world with the innocence of a person who contacts religion through the poetry it exudes, and of the cimenatographer who uses the lens as a pen, in order to record and recompose everything that makes the heart beat”.

The documentary shows the island’s natural beauties, the gentle faces of the Nisyrians, their everyday life, their church rituals in a sort of musical way, inspiring love and admiration for this island.