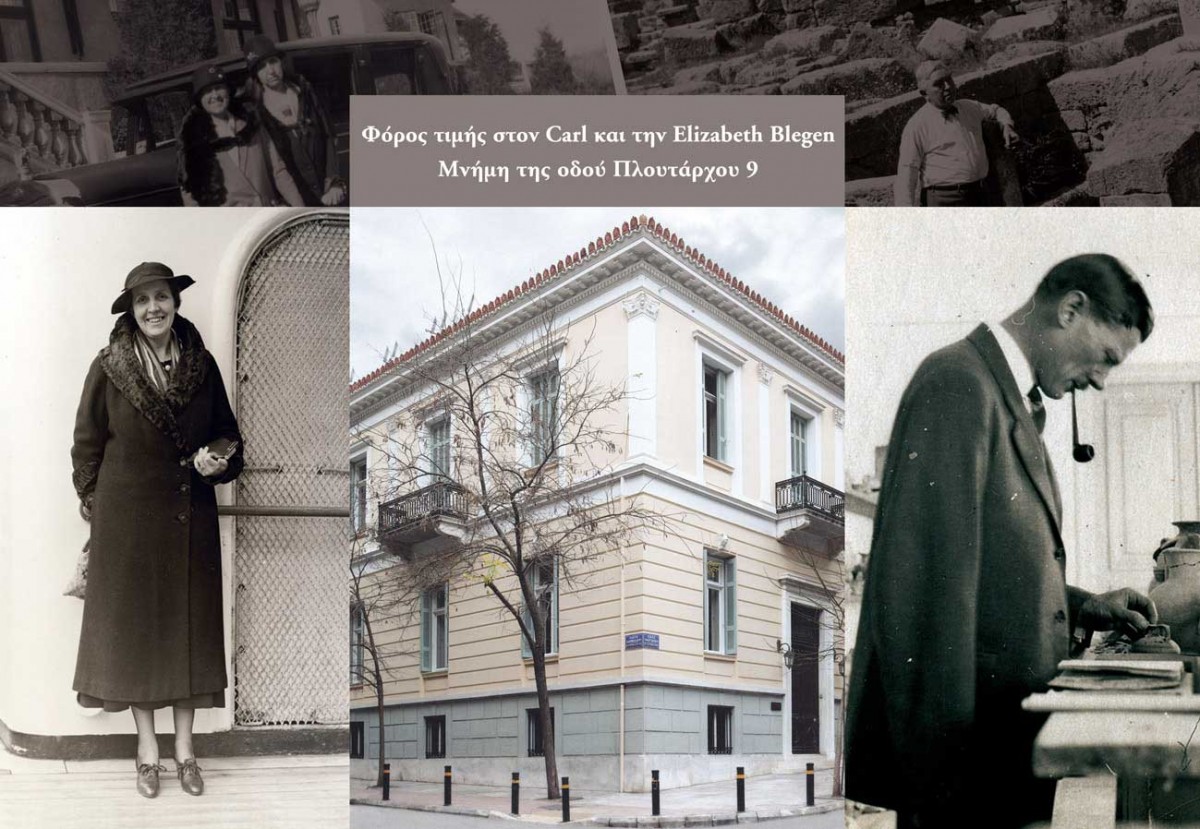 Organized by the American School of Classical Studies at Athens and the J.F. Costopoulos Foundation

Carl W. Blegen first came to the American School of Classical Studies at Athens in 1910. He wanted to continue his studies in Greek classics “with the inspiration that comes from being on the spot.” Elizabeth D. Pierce came in 1922 “to study material at firsthand for [her] teaching.” Two years later, in 1924, they were married and chose Athens for their permanent home. Their house on Ploutarchou 9, which they shared with archaeologists Bert and Ida Hill, became “a symbol to generations” of Americans who studied ancient and modern Greece. Originally bequeathed to the American School, the Blegen House on Ploutarchou 9 has been the home to the J.F. Costopoulos Foundation since 2008.To honor the Blegens, the American School of Classical Studies at Athens and the J. F. Costopoulos Foundation organize a colloquium at Cotsen Hall, Anapiron Polemon 9, Athens, on May, 31, 2013.

This colloquium aims to present less well known aspects of the couple’s life and interests in Greece, in addition to remembering Carl Blegen’s contributions to prehistoric archaeology (from his early years in Corinthia, to the re-opening of Schliemann’s excavations at Troy in the 1930s, and, finally, to the discovery of the Palace of Nestor at Pylos in the 1950s and 1960s). Papers will be presented by academic researchers from Europe and the USA. The language of the colloquium will be both English and Greek. The colloquium will be open to the public.