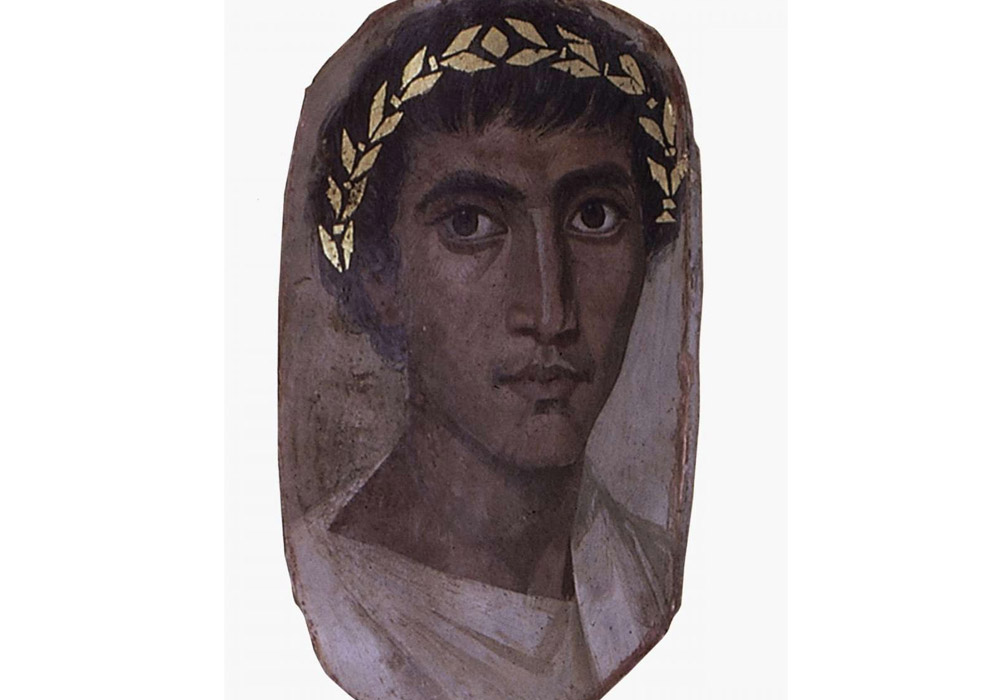 The man behind the famous Fayoum face was possibly murdered

Artemidorus, the young man who owes his fame to the remarkable Fayoum style portrait inserted within his mummy’s linen wrappings, had been possibly murdered, a recent study suggests.

Last year, anthropologist Joyce Filer examined Artemidorus’ mummy, which is held at the British Museum, by CT-scanning at a local London hospital. As expected, the scans showed the mummy being that of a man who died around the age of 21, confirming what is demonstrated by the portrait. What was not expected was the boy’s cause of death. According to Dr. Filer, Artemidorus had sustained massive blows to the back of his head, showing no signs of healing, a clue that leads us to think that the unfortunate event took place close to his death.

“Was the ‘proverbial’ assault with a blunt instrument to blame? Was it murder? Maybe. However, I feel it may just as easily mean that the ancient Egyptian embalmers were less than careful when preparing the body – possibly they smashed him down onto the embalming table causing the back of the skull to crack!”, suggests Dr. Filer. Still, more on whether Artemidorus keeps a dirty secret is to be revealed through Dr. Filer’s forthcoming book “Beneath the Bandages”.