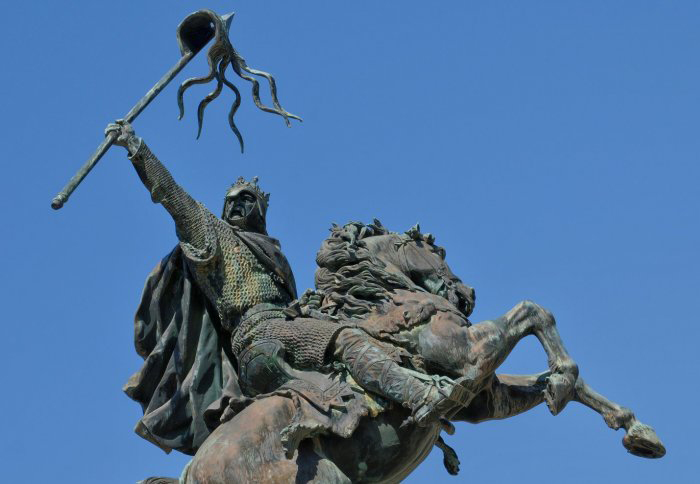 Fossil fuel emissions could soon make it impossible for radiocarbon dating to distinguish new materials from artefacts that are hundreds of years old.

Carbon released by burning fossil fuels is diluting radioactive carbon-14 and artificially raising the radiocarbon ‘age’ of the atmosphere, according to a paper published on Monday, 20 July 2015 in the journal PNAS.

Radiocarbon measurements have a range of uses, from analysing archaeological finds, to detecting fraudulent works of art, to identifying illegal ivory trading, to assessing the regeneration of brain cells in neurological patients.

The new study suggests that some of these current uses will be affected over this century, depending on how much fossil fuel emissions increase or decrease.

“If we reduced fossil fuel emissions, it would be good news for radiocarbon dating,” said the study’s author, Dr Heather Graven from the Department of Physics and the Grantham Institute – Climate Change and Environment at Imperial College London.

Carbon-14 is a rare, but naturally occurring, radioactive type of carbon that decays over thousands of years.

Radiocarbon dating works by measuring how much the fraction of carbon-14 versus non-radioactive carbon in an object has changed and therefore how long the object has been around.

Fossil fuels like coal and oil are so old that they contain no carbon-14. When their emissions mix with the modern atmosphere, they flood it with non-radioactive carbon.

In radiocarbon dating terms this makes the atmosphere appear older, which is reflected in the tissues of plants taking in CO2 during photosynthesis, and their products such as cottons.

At the rate fossil fuel emissions are currently increasing, by 2050 a new T-shirt would have the same radiocarbon date as a robe worn by William the Conqueror a thousand years earlier.

If fossil fuel emissions were rapidly curbed, the new t-shirt would only have the same radiocarbon age as something 100 years old, according to the study.

The fraction of carbon-14 in the atmosphere decreased after the Industrial Revolution with the rise of fossil fuel combustion. But in the 1950s and 60s, nuclear weapons testing caused a sharp increase. Since then atmospheric observations show the levels have been dropping, and are now close to the pre-industrial proportions.

The new study indicates that by 2020, the fraction of carbon-14 could drop to such an extent that radiocarbon dating will start to be affected.

“We can see from atmospheric observations that radiocarbon levels are steadily decreasing. How low they go depends on changes in our fossil fuel emissions,” said Dr Graven.