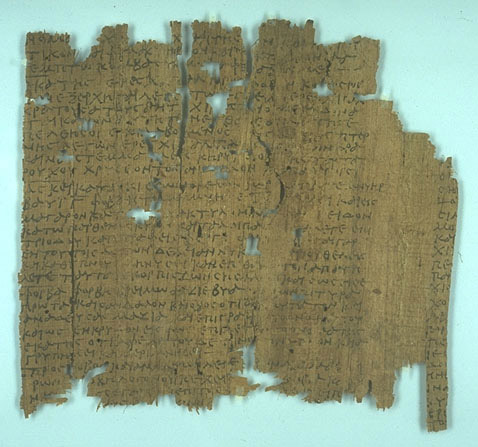 Magic and syncretism in Greco-Roman Egypt

The ongoing work of postgraduate researcher Flor Herrero Valdés (UGranada/UCL) on ancient magic is to be presented in an postgraduate-only, exclusive seminar, to be held tomorrow, 24/05/2013, through the Institute of Classical Studies, UCL.

As described by the speaker, magic has been always a marginal area of study in Classics, taken as mere superstition and its texts as low quality, vulgar ones. “K.Preisendanz himself, in his Papyri Graecae Magicae (Stuttgart, 1927), spent the preamble justifying this great task of recompilation. Nowadays, however, it has again called the experts’ attention and its study has been revitalized, specially the Greco-Egyptian branch of this Magic, its Hellenistic manifestation”, she states.

Ms. Herrero’s research is dedicated to magical hymns from Egypt as seen through a series of Greco-Roman papyri. According to the researcher, these texts present with detail the transition “from an intuitive henotheism, developed for centuries in Greek lands, to the monotheism of our current religion”.

“From a psychological point of view, Magic is an inestimable source of knowledge on the daily problems and desires of normal people, an unofficial one, not contaminated by the socially accepted moral. But there is a deeper value, related to the people’s beliefs in real desperate moments, as documents of history of religion in Greco-Roman times […]. After Jesus Christ’s birth and death, a convulsion in terms of faith came to affect the individual. Greece had grown forward Eastern once again but this time there was no turning back – it is the time of the most savage Syncretism, along with the adaptation of the mysteries from all over the Mediterranean”, she explains.

This paper aims to give the magical humns a position in the history of Greek (Mediterranean) religion, as a late manifestation of the liturgical-poetic genre of Hymnography, the most sublime of the offerings to the gods in every Mediterranean religion.