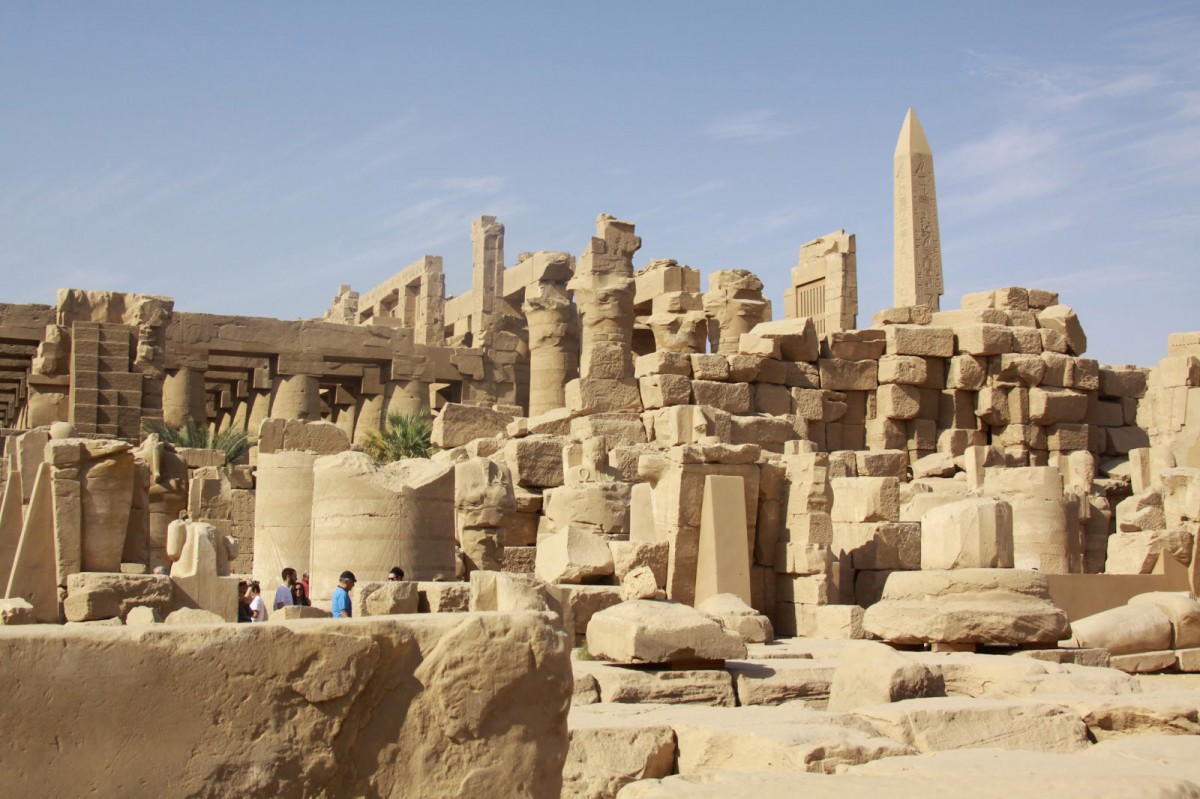 A new project aiming to organize texts from the Karnak temple complex has just started.

The opening of a project aiming to document the entire textual material from the Karnak temple complex was just announced.

The opening was announced on the 9th of June, following a scientific committee meeting consisting of Mostafa Amin, General Secretary of the SCA, Prof. Ali Radwan and Jean-Luc Lavaud, Director of the Institut Français d’Egypte, as the Scientific Committee of the Centre Franco-Égyptien d’Étude des Temples de Karnak (MSA-CNRS USR 3172). The Europe & International Division INSHS CNRS was represented by Diane Brami, In charge of International Cooperation.

This work is based on a comprehensive inventory of documents and inscriptions from Karnak collated in the field. All the information associated with a particular document or inscription will be accessible through a single entry. Every such entry includes a typographical edition of the inscription and its transliteration, all photographs and facsimiles, as well as any archival material connected with it.

This online tool allows direct searches of the contents of the hieroglyphic inscriptions through their transliteration. It will also provide indexes and various multi-criteria searches (divinities, divine epithets, toponyms, places of worship, ethnicity, kings, anthroponyms, prosopographical elements and general vocabulary).

This first version, which includes only a limited number of documents (a little over a hundred) and only some of the features of the final tool, is the first step of the Karnak project.