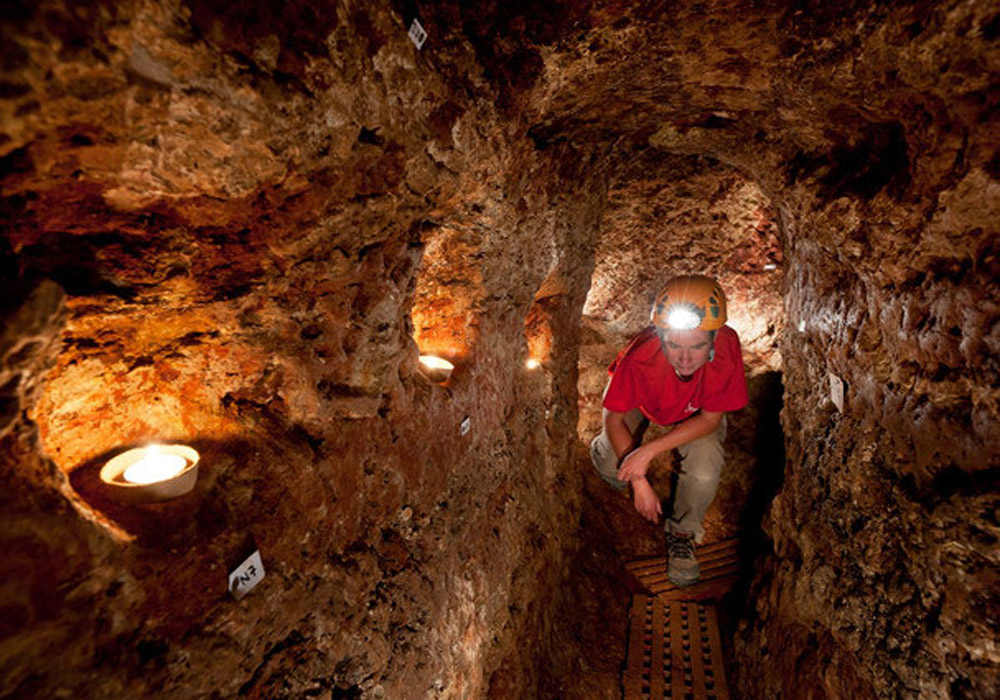 A well preserved underground refuge chamber which was likely connected with a dynastic clash involving local medieval aristocrats was brought to light in Bléré-Val-de-Cher, in central France.

The archaeologists excavating an area  where an artisan centre is to be built, found the refuge consisting of a network of several hallways and rooms extending along more than fifteen linear metres. The site is entered by a staircase dug into the ground, and its interior contains rather elaborate modifications including twenty niches to hold old lamps, benches carved into the limestone, a small well, fed by the groundwater table and boards to level the ground surface. All of these elements suggest that it could accommodate five or six persons for a prolonged period, possibly a small family unit. The entrance was closed off by a door at the bottom of the staircase, and another protected the access to the three hallways. The chamber could also have been used to store and protect food from looters. The discovery of a ceramic cooking pot in the infill of the underground chamber allows it to be dated to the end of the 11th century.

At this time, the Counts of Anjou and Blois were quarrelling over the possession of the Touraine region, where there was a large network of military installations. What really happened is to be determined through an extensive survey of the finds by specialists.