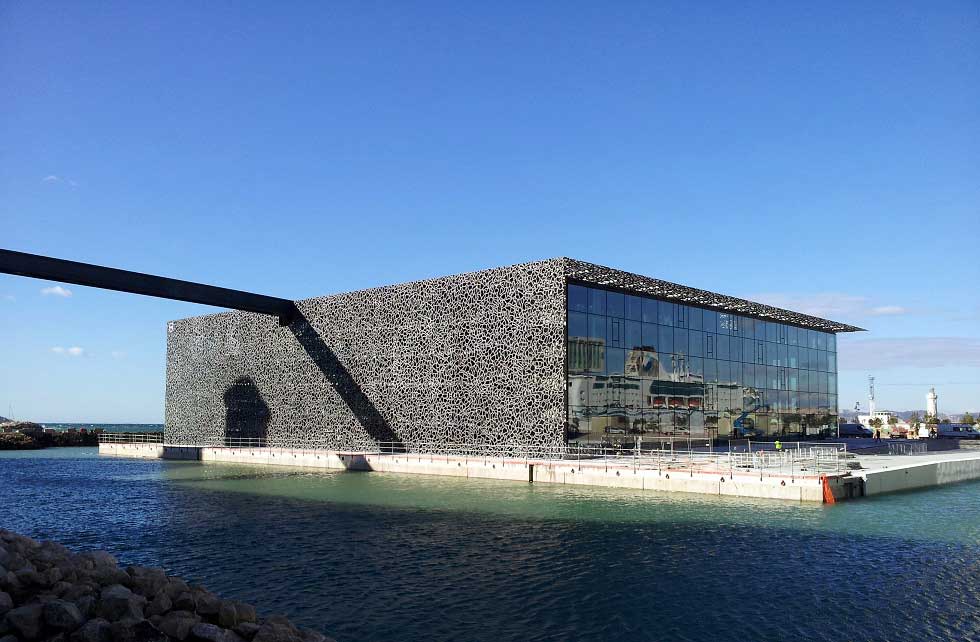 A fresh look at the cultures of the Mediterranean

The MuCEM, which will open its doors on June 7, 2013, is a groundbreaking project for the Mediterranean region of the 21st century. This national museum is located on a 30,000m2 site, which includes the Fort Saint-Jean, a historic monument overlooking the Vieux-Port dating back to the 12th century, and a new building designed by architect Rudy Ricciotti on the J4 esplanade. The two buildings are linked by a footbridge. The MuCEM is a cultural venue that focuses on all human sciences. It presents different forms of artistic expression from around the Mediterranean Basin.

The Museum of European and Mediterranean Civilisations seeks to show the Mediterranean as a starting point for creating a shared history, promoting dialogue between societies, increasing awareness of current phenomena, and creating a new public space. Nearly 5,000m2 has been set aside for exhibitions. On the ground floor of the new J4 building, a permanent exhibition explores the historical significance and diversity of Mediterranean civilisations. Temporary exhibitions (four per year) will be held on the next level and will deal with the societies, cities, places and people who shape the Mediterranean.

The items on display will come from the MuCEM’s collections and some of the most renowned French and foreign museums. At the Fort Saint-Jean, visitors can view a magnificent collection of art and everyday objects displayed along a labyrinth-like art trail that exposes the mystery of this area and its peoples. Exhibitions on photography or relating to current Mediterranean affairs will also be on show here. There will also be debates, films, concerts, shows, Mediterranean cooking workshops and festive events. The MuCEM boasts an auditorium, a cafe, a bookshop / gift shop, two restaurants run by chef Gérald Passédat, a garden where visitors have panoramic views of the city and sea, and a space dedicated to children. Part of its reserves will be accessible to the public at the Centre de Conservation et de Ressources (Conservation and Research Centre), designed by architect Corinne Vezzoni, located in the Belle de Mai neighbourhood.